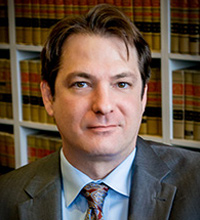 Following his graduation from law school, Professor Counseller served as a law clerk to the Honorable Reynaldo G. Garza of the United States Court of Appeals for the Fifth Circuit. Professor Counseller then entered private practice in Houston, Texas, with Bracewell & Patterson, LLP (now Bracewell LLP), where he was an associate in the trial section. Mr. Counseller also served as an Assistant Criminal District Attorney in McLennan County, Texas, where he prosecuted both misdemeanors and felonies.

Professor Counseller has authored articles and presented papers on various evidentiary and procedural issues. He is also the co-author and editor of the Handbook of Texas Evidence (Civil Practice) and the co-author (with Professor Jim Wren) of two other books—Texas Commercial Causes of Action and Texas Trial Procedure and Evidence. He is also the co-author (with Professor Eric Porterfield) of the casebook Civil Procedure In Focus, now in its second edition.  He has served on the Administration of the Rules of Evidence Committee and is currently the Contributing Evidence Editor of the State Bar of Texas's General Practice Digest. In 2007, Baylor University designated Professor Counseller an outstanding tenure track faculty member in recognition of distinguished teaching.

Professor Counseller teaches Civil Procedure and Texas and Federal Procedure. He has also coached the Law School's interscholastic mock trial teams. In 2005, he was the coach of Baylor Law's Association of Trial Lawyers of America national championship mock trial team.

Professor Counseller also serves as the director of the Baylor Academy of the Advocate in St Andrews and previously served as Baylor University’s Faculty Athletics Representative to the Big 12 Conference.