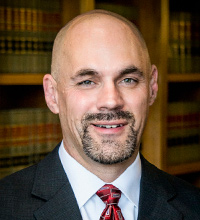 Director of the Legal Writing Program and Professor of Law

Matt Cordon serves as the Director of Legal Writing and Professor of Law at Baylor Law. He has earned several honors, including a national award for outstanding article from the American Association of Law Libraries. He has twice earned faculty awards from Baylor University, including Outstanding Professor for Scholarship among all university tenure-track faculty members in 2004 and Outstanding Professor for Teaching among tenured faculty in 2019. He has additionally won young alumnus awards from both Central Methodist University (2006) and the College of Information at the University of North Texas (2009).

Professor Cordon has long been active as a university faculty leader. He is one of two Baylor University faculty members ever to have been elected twice to serve as Chair of the Faculty Senate, including terms in 2007-08 and again in 2020-21.  He represented the Law School on the Faculty Senate for thirteen years, served for ten years as the chair of the University Committee on Committees, and has been a chair or member of more than a dozen other campus-wide committees and work groups. He served for many years as the chair of the Law School’s Student Relations Committee.

As an instructor, he is principally responsible for teaching introductory writing courses in the Legal Analysis, Research, and Communications (LARC) program. He also teaches courses as well as independent studies focusing on litigation drafting. Moreover, he developed the Advanced Legal Research course offered at Baylor Law since 2001.

During his career, he has produced a significant quantity of publications. Along with Professor Brandon Quarles, he is the coauthor of Researching Texas Law (4th ed. 2019) and Specialized Topics in Texas Legal Research (2005), both published by William S. Hein & Co., Inc. Researching Texas Law serves as the principal research textbook in all of the research classes at Baylor. Professors Cordon and Quarles have also coauthored book chapters on Texas practice materials as well as historical Texas legal information.

Professor Cordon frequently contributes to a variety of other sources. His articles have appeared in such publications as Law Library Journal, Baylor Law Review, and The Second Draft. He has served as principal author of more than 3,800 essays for West’s Encyclopedia of American Law, Gale Encyclopedia of Everyday Law, American Law Yearbook, Encyclopedia of the Supreme Court of the United States, Gale Encyclopedia of Senior Health, and the International Directory of Business Biographies. He also regularly serves on editorial review and advisory boards.

Professor Cordon played tennis and football at Central Methodist University in Missouri and later became a sportswriter and sports information director. He and his wife, Jennifer, still support the Dallas Cowboys, but these are trying times. He is active in martial arts, earning black belts in both Taekwondo and Brazilian Jiu-Jitsu. He won a gold medal in point sparring at the 2011 AAU National Taekwondo Championships, five gold medals at competitions sponsored by the International Brazilian Jiu-Jitsu Federation, and five championship belts at tournaments sponsored by the North American Grappling Association.