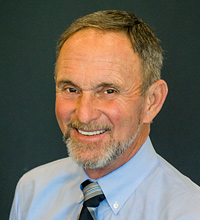 Professor Ron Beal retired from a 38 year tenure of teaching at Baylor Law at the end of the 2020-2021 academic year.

"Procedure is the lifeblood of the practicing attorney," he says. "There is no greater error that can be committed by a lawyer than making a procedural error that deprives his/her client of the right to have a decision made on the merits of a claim or defense. At the same time, there is no other area of the law that a student perceives as more boring than studying procedural law. Thus, I am highly motivated to engage students in studying procedure and to demonstrate to them the vital importance of the subject area."

"In addition, administrative law can be properly labeled as a "hybrid system" that borrows principles from the constitutional system and blends them with informal processes of decision-making and policy formation. It is difficult for the average student to view issues with clarity when the answer is not black or white, but is found within the gray area that merges principles from both disciplines. However, if one can discern the consistent themes within this unique area of law, the sun shines through the trees and the student experiences the 'Ah-Ha' phenomenon of understanding. That is my reward and my goal for Baylor Law students."

Professor Beal earned a J.D. from William Mitchell College of Law in 1979 after receiving a B.A. in 1975 from St. Olaf College. After graduation, he was a civil trial lawyer for three years in St. Paul, Minn., at Murnane, Brandt . Professor Beal then earned a LL.M. at Temple University School of Law in Philadelphia, Penn. In 1983, he joined the faculty at Baylor Law.