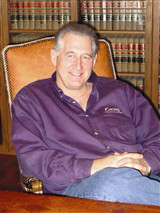 Editor, ABA FORUM ON FRANCHISING FRANCHISE LAW CASEBOOK & TEACHER'S MANUAL. This will be the first legitimate textbook on franchising and has been commissioned by the ABA. One of the original six editors and currently on the textbook committee as an editor.