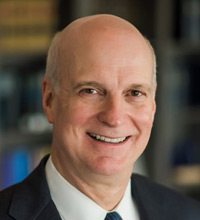 Charlie Olson practices primarily in the area of business and personal injury defense, as well as, governmental and civil rights litigation. He also serves as general counsel for numerous cities, local governments, and water supply corporations.

Charlie was admitted to the Texas Bar in 1980.  He is admitted to practice in the U.S. Supreme Court; the U.S. Court of Appeals for the Fifth Circuit; and the U.S. District Courts for the Western and Northern Districts of Texas.  Charlie is board certified in Civil Trial Law by the Texas Board of Legal Specialization and is a member of the American Board of Trial Advocates.