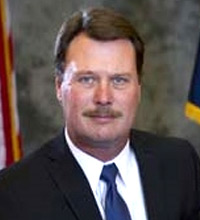 Prior to taking the bench Harris was a partner in the firm of Moore & Harris. Serving primarily as a litigator, Harris tried numerous civil and criminal jury trials. From November of 1999 to August 2005, he served as District Attorney Pro Tem of Hill County. Harris prosecuted approximately 600 felony cases during that time.

Judge Harris has also been a lecturer at the annual conference of state court judges hosted by the Texas Center for the Judiciary. He is known for a no non-sense approach to judicial problem solving and courtroom behavior and tactics.

When not presiding over trials or teaching at the law school, Harris enjoys ranching, hunting, and fishing. He and his wife, Holly, reside upon, own and operate a working ranch. Judge Harris’ passion is growing trophy whitetail deer. He regularly provides hunts for wounded warriors, law enforcement officers, and terminally ill children and adults. He often says, “I built a ‘Field of Dreams’ only to realize that I built it for others.”

Judge Harris has pursued his hunting passion across the United States and on to the African continent. The judge and his wife have two daughters, and he serves as a deacon at Prairie Valley Baptist Church near Whitney, Texas.