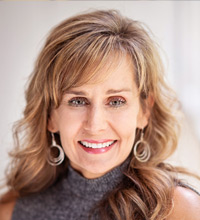 Laura is an advocate for children. Her practice is focused on birth injury cases. She represents children who have been hurt at or near the time of birth due to negligent medical care. These are babies who have suffered serious injuries because of medical negligence and preventable medical errors.

The Brown Trial Firm is a Texas based birth injury law firm that has a national reach. Laura is active in the birth injury legal community across the United States. She is licensed to practice law in Texas and Oklahoma and has handled cases across the country.

A mother of two, Laura has a passion for representing children who have been injured and their families. Her dedication and zealous advocacy has lead to many successful recoveries on behalf of the families she has represented.

Recently, she obtained a $10.3 Million Dollar Verdict in a birth injury case in Texas. The baby’s umbilical cord wrapped around his neck, cutting off his supply of oxygen. The medical providers did not recognize the warning signs that the baby wasn’t getting enough oxygen. The delay in ordering a c-section delivery caused permanent damage, hypoxic-ischemic encephalopathy (“HIE”), and cerebral palsy.

Laura also obtained a $16.7m verdict in a lawsuit involving a motor vehicle crash. As a result of the crash, the father passed away and the mother, son, and daughter were seriously injured. The jury verdict was listed and published in ALM’s VerdictSearch as a Top Texas Verdict and Settlement of 2015. There was a confidential settlement reached while the case was on appeal.

Laura has also obtained many multi-million dollar settlements as a result of birth injury lawsuits and medical malpractice lawsuits.

I am a third-generation trial attorney. Both my father and grandfather were trial attorneys. I grew up watching both of them take cases to trial.

I attended Baylor University and was a premedical student. I graduated from Baylor with a degree in biology. But, as the old saying goes, the apple doesn’t fall too far from the tree! I think I was destined to be a trial lawyer.

I went to Baylor Law School and graduated in 1992. My premedical background was great training, and I spent seven years defending medical negligence cases. After that, I felt my heart calling me to fight for the victims of medical negligence. I wanted to devote my practice to representing families and babies.

I’m a trial lawyer. If I believe that someone has been wronged, I am going to fight for them with everything that I have. I want to help restore as much of that person’s or family’s life as I can.

At Brown Trial Firm, when we take a case, it’s because we believe in you, in your child, and in your case. We join your team to fight for you and for what is right.

When a medical provider or a hospital violates the standard of care, the consequences are often severe. We will determine whether there are grounds to file a legal claim. Brown Trial Firm birth injury attorneys will obtain the medical records. We will find out what happened to cause your child’s injury, and whether the birth injury was preventable.

A birth injury lawsuit holds the hospital or medical provider accountable for negligence and responsible for the medical expenses resulting from birth injuries.

Common birth injuries include oxygen deprivation, cerebral palsy, Erb’s palsy, and hypoxic-ischemic encephalopathy (or HIE). If you or if someone you love has suffered from a birth injury, don’t wait—get help today.