Baylor Lawyer Leon Jaworski had humble beginnings in the legal profession. Born in Waco on September 19, 1905, the son of Polish and Austrian immigrant parents, he received his law degree from Baylor Law School in 1925. At the age of 20, he was the youngest lawyer ever licensed in Texas.

Jaworski became so skilled as a courtroom lawyer that John H. Freeman and William B. Bates asked him to join the Houston firm of Fulbright, Crooker and Freeman in 1932 after he prevailed over them in an appellate case. The firm later carried the name Fulbright & Jaworski.

With the start of World War II, Jaworski went on leave from the firm to serve in the United States Army Judge Advocate General’s Corps. He was made Chief of the War Crimes Trials Section of the U.S. Army during the late stages of the war in Europe. He personally prosecuted the first major war crimes trial in the European Theater and investigated the atrocities committed at Dachau concentration camp. 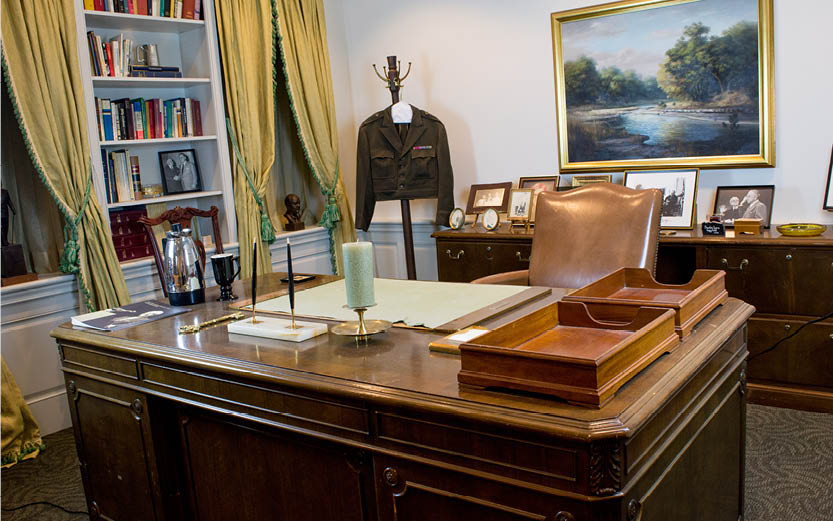 After the war, Jaworski, or “The Colonel” as he was called, returned to the firm. In 1952, he was named managing partner, a position he held until 1973 when he was appointed as the Watergate special prosecutor. The Watergate prosecution led to the resignation of President Richard M. Nixon and the felony convictions of several persons within Nixon’s administration. Jaworski later established, through his estate when he passed away in 1982, the Leon Jaworski Foundation, funded through royalties from his books, “Crossroads” and “The Right and the Power.”


The Leon Jaworski Memorial Office on the second floor of Baylor Law’s Library offers a near replica of his original law office in the Bank of the Southwest Building in Houston, Texas. The furnishings and decorations of the office were lovingly donated and curated by his late wife, Jeanette; their children, Joseph Jaworski, Claire Draper, and Joanie Moncrief; and the law firm of Fulbright & Jaworski.