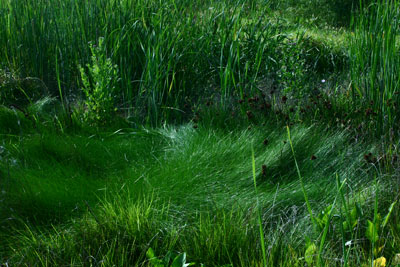 "Spike rushes are found in shallow, flooded sites and often grow in clumps. They tend to prefer organic soils, but some species do well in mineral soils. Most species of spike rush grow only in fresh water, but a few can be found in brackish waters.

There are many species of spike rushes in the Lake Waco Wetlands. One that is easy to recognize is square stem spike rush (Eleocharis quadrangulata) which is characterized by a square stem. Spike rushes are typically small, rarely exceeding a foot in height. 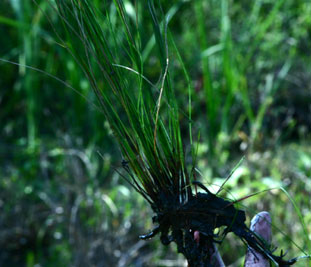 Muskrats, nutria, snow geese and white fronted geese eat the tubers and basal portions of spike rush. The seeds and tubers are also consumed by puddle ducks like mallards and pintails" [City of Waco].

These photos were taken in August, and the grass grows in approximately 2-3 inches of water. It is a vibrant green with a lush, soft look. However, at this time we are unable to make a conclusive identification, and further research is needed. 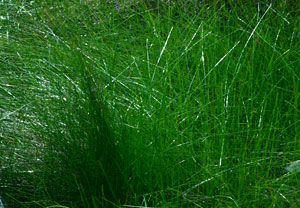