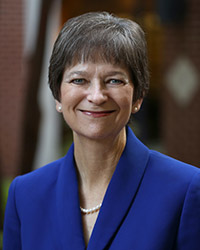 Larisa Seago serves as the curator of the Keston Library and Archives. A native of Samara, Russia, Seago received her bachelor’s degree from Samara State Aerospace University and earned a masters in Church-State Studies from Baylor.

Janice Losak greets visitors and assists with processing and administrative details. Losak has worked at Baylor more than 25 years. Before joining the Keston Center staff, she was an assistant in the J.M. Dawson Institute of Church-State Studies.

Tanya Clark offices in the Keston suite as managing editor for the Journal of Church and State at Baylor. Clark received a Master of Arts in Foreign Language Education from Kuban State University and has served as a part-time Russian Language Specialist for Keston.

Through an arrangement with the Department of Museum Studies, a graduate student serves an assistantship in the Keston Center working approximately 15-20 hours per week.  Museum Studies graduate students are a perfect fit for Keston because they receive training in collections management, material culture, education, exhibit design, and archival collections management.  They bring to the assistantship useful historical background and professional training that benefits Keston. 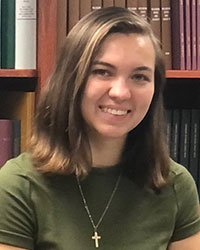 el Jacob, a first year Museum Studies graduate student, grew up in a military family. She earned a BA in History with minors in Museum Studies and Intercultural Studies from John Brown University in Siloam Springs, Arkansas. As an undergraduate, Rachel worked in the Siloam Spring Museum and completed summer internships at Abila Archaeological Dig in Abila, Jordan, and at the Rock Island Arsenal Museum in Illinois. The Armstrong Browning Library and the Keston Center will share Rachel’s a graduate assistantship during 2020-21. 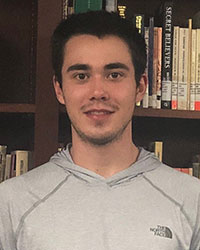 A junior history major from Tyler, Mason Wyatt chose to work in the Michael Bourdeaux Research Center because of his interest in Russia and his admiration for Keston’s founding mission to be a voice for the voiceless. An Eagle Scout who is active at Baylor in the Unicycling Club and Baptist Student Ministries, Mason aspires to earn a PhD and become a university professor.

By drawing upon its rich resources, Baylor University offers a wide range of courses that intersect with the mission of the Keston Center. These include classes in Russian and East European languages and Asian Studies, as well as Religion, Theology, History and Political Science. Many Baylor faculty who teach in these areas serve on the Keston Advisory Board and work closely with the Keston Center faculty and staff.