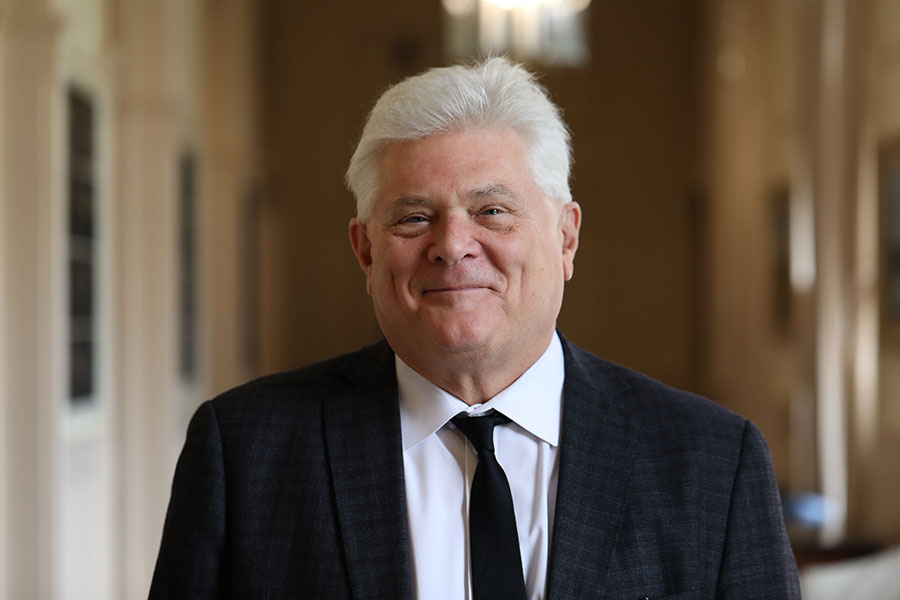 In her official letter, the president wrote, "Your years of dedication and commitment to teaching and to our students is outstanding. The enthusiastic letters of support that were received by the committee affirm the profound and lasting impact that you have had on those individuals' lives and careers."

“I collected the letters for his nomination packet,” she said. “The letters kept coming and coming, each one more complimentary than the other. Students, faculty and staff eagerly wrote letters in support of his nomination.”

Baylor alumna Adrienne Redman was one of the first alumni to indicate her support of Darden’s nomination. She wrote, “Professor Darden is passionate about journalism, but more importantly, he is passionate about people. He constantly displayed devotion to his field and always centered his teachings on how to better our writing so that our subjects’ stories shone through our words.”

“Professor Darden’s reporting and writing course was the first class in which a teacher looked right through my ability to whip out fluffy, unrefined content and held me to a higher standard. He challenged me to be a better student and planted in me the desire to have integrity and produce high-quality work.”

Darden, who is also a Baylor alum said being named Master Teacher is the pinnacle of his teaching career.

"I was so blessed to attend Baylor during a "golden age" of teaching, when that was the sole focus of the university," Darden said. "I was mentored and taught by some of the greatest names in Baylor history.”

Darden lists as some of his favorites--three from the Journalism Department -- David McHam, Harry Marsh and Mike Stricklin.

“Whatever success I have had as a teacher, I owe in great part to the example set by these extraordinary men and women,” he said. “I am more honored than you can know by being mentioned in the same breath as these three amazing journalists and human beings.”

Darden’s passion and knack for getting the best out of students is appreciated in the JPR&NM department.

“We are so proud of Professor Darden,” Moody-Ramirez said. “He never ceases to amaze me with the accolades and awards that he wins. He is a hard worker and an asset to the department!”
Are you looking for more News?
All NewsArchives