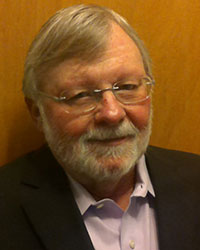 Tom Belden is a retired journalist who worked more than 40 years as a newspaper and wire service reporter, writer and editor. He was editor of The Lariat in the 1969-70 school year and graduated from Baylor in 1970. He received a master's degree from the Columbia University Graduate School of Journalism in 1971. He was a reporter and editor for United Press International and a reporter for The Dallas Morning News in the 1970s. He joined The Philadelphia Inquirer in 1979 and wrote more than 4,500 bylined articles over the next 31 years, covering the transportation and travel industries and a variety of other business topics. He wrote a column on business travel for The Inquirer and Knight-Ridder Newspapers from 1989 to 2010. In 2007 he shared with an Inquirer colleague the Society of American Business Editors and Writers first-place national award for business enterprise reporting for stories on Philadelphia airline service. 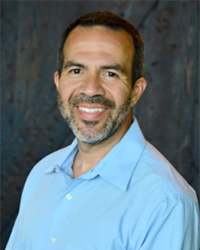 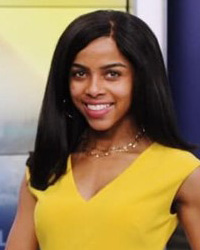 Kennedy Dendy is television news reporter for KEZI 9 News in Eugene, Oregon. During the summer of 2019, she interned with CBS This Morning in New York City. Dendy was born and raised in Grapevine, Texas. She graduated from Baylor University in December 2019 with a major in journalism and a minor film and digital media. At Baylor she served as the executive producer, broadcast reporter and news anchor for Lariat TV News. Kennedy was also a member and former vice president of the Baylor University chapter of the National Association of Black Journalists and an ambassador for the Baylor Department of Journalism, Public Relations and New Media. 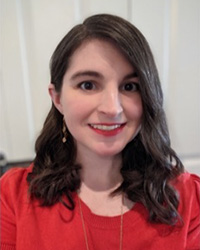 Jenna DeWitt is an editor at Esri, the world's leading software provider in geographic information systems, where she edits technical documents, books, blog posts, tutorials, and web pages. Previously, she was the copy editor of Christianity Today magazine. She has a Bachelor of Arts in news-editorial journalism from Baylor University (class of 2011) and is a member of the Society of Professional Journalists and ACES: The Society for Editing. She currently lives in Southern California. 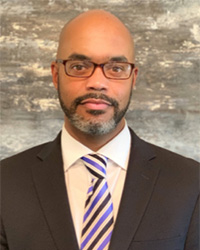 John C. Drake is an experienced commercial litigator and a former journalist for major news organizations including The Boston Globe and the Associated Press. John earned his journalism degree from Baylor University in 2002, where he was selected outstanding journalism senior by the faculty. He served as editor in chief of the Baylor Lariat, was president of the Baylor Association of Black Students and played snare drum in the Golden Wave Band. While at Baylor, he interned at the Dallas Morning News and the Atlanta Journal-Constitution, before beginning his journalism career as an education and city hall reporter for The State newspaper in Columbia, S.C., where he covered everything from suburban education policy to presidential politics. His reporting career then took him to the Associated Press in South Carolina and The Boston Globe, where he served as Boston city hall reporter. After earning his law degree magna cum laude from Washington University in St. Louis in 2012, John worked as a litigator for global law firm Dentons and Midwestern firm Greensfelder, Hemker & Gale taking multiple cases to trial. 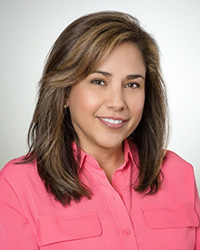 Monica Feid is the co-founder and president of BizCom Associates, an award-winning national marketing and communications firm specializing in franchise PR, brand development and consumer programs. The company includes PR, digital, design and publishing divisions supporting clients with a combined brand presence on every continent around the globe. Over three decades, her career has included client work in Super Bowl commercials, reality TV shows, national and international broadcast and print appearances and more. A regular ghostwriter for multiple CEOs, she is also the co-author of Live R.I.C.H.: How to build success in your company and your life with a proven Code of Values with Dina Dwyer-Owens, the former CEO of Dwyer Group [now Neighborly], the world’s largest franchisor of home service brands. 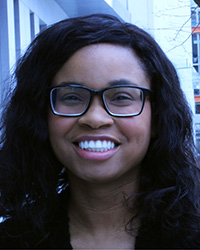 Sommer Ingram Dean is the staff attorney at the Student Press Law Center, a nonprofit based in Washington, D.C. serving student journalists. She handles media law issues for student journalists and their advisers around the country. During her time at Baylor, Sommer was a reporter and editor for The Lariat. Sommer has worked as a legislative and legal reporter for The Associated Press and Dallas Morning News and has covered the U.S. Supreme Court as an intern for NPR's legal affairs correspondent. She has also worked at The Washington Post and served as a law clerk for a federal judge. 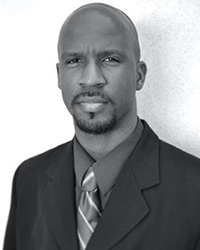 Deke Jones is Director of Media Relations at Baylor Scott & White Health. Prior to joining Baylor Scott & White in 2013, Deke enjoyed a career in television journalism in Austin and Dallas. As journalist, Deke served in a variety of roles, including producer, photojournalist, reporter, and news assignment manager before joining the healthcare industry as media and public relations professional.  Deke’s current roles build upon previous experiences, while discovering new opportunities to help foster positive change. Whether people-centric stories or crisis events, Deke believes it take a village to be better, to build better, so we all can do better. 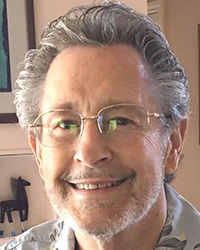 Preston F. Kirk has 55+ years of experience in working journalism and public relations consulting. He earned his APR accreditation from the Public Relations Society of America (PRSA) in 1980. In 2014, his agency celebrated 30 years of serving clients in a wide variety of industries. He specialized in marketing-oriented counsel with emphasis on media and investor relations, crisis PR and special events. His clients have been in agribusiness, banking, consumer products, education, electronics, energy, entertainment, food and beverage, Internet, management consulting, office automation products, pharmaceuticals, real estate, semiconductors, telecommunications, outsourcing and tourism. He has counseled Fortune 500 executives and start-up firms in crisis-oriented situations and developed long-range strategic plans for their firms. 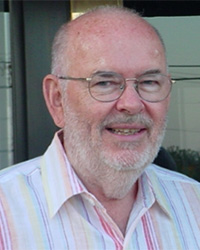 David McHam taught journalism at Texas colleges for 54 years. He was at Baylor (1961-1974), Southern Methodist University (1974-1998), the University of Texas at Arlington (1998-2001) and at the University of Houston (2001-2015). He was chosen the outstanding journalism teacher in the nation by the Society of Professional Journalists in 1994 and was given a president’s award by the Association for Education in Journalism and Mass Communications in 2001. He is the author of Law and the Media in Texas.  The handbook, first published in 1972, is a cooperative undertaking by the Texas Association of Broadcasters, the Texas Daily Newspaper Association and the Texas Press Association. 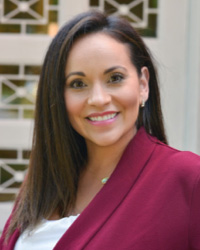 Selena Mejia is Senior Director of Strategic Communications for HCA Houston Healthcare. She has more than 20 years of healthcare experience with a strong emphasis on strategic communications, social perceptiveness and media relations. She joined HCA Houston Healthcare in February of 2015, and has served in various positions including director of south quadrant media relations and director of community and public relations. In 2016, she received the HCA Innovators Award in the quality and patient safety category, and in 2012 she and her team at AVANCE-Houston were recognized as PRSA’s Communications Team of the Year. Selena is also certified in crisis communication by the Federal Emergency Management Agency (FEMA). Selena earned a Bachelor of Arts degree in journalism from Baylor University and in political science from the University of Texas at San Antonio. 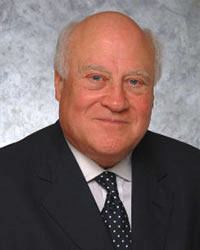 Lyndon Olson, Jr.  is an American business executive and diplomat. He served as U.S Ambassador to Sweden between 1997 and 2001. Olson had a long career in insurance industry. From 1979 to 1987, he was Chairman of the Texas State Board of Insurance and in 1982 served as President of the National Association of Insurance Commissioners. He worked for Citigroup between 1990-1998. Olson also served as a member of the Texas House of Representatives from 1973 until 1979. In 1997 Olson was nominated by President Clinton to be Ambassador to Sweden and went on to serve in this capacity until 2001. 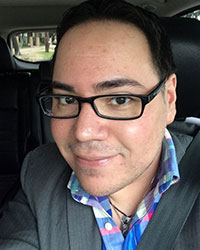 Andrew Ortiz  is a Public & Government Affairs advisor at Exxon Mobil Corporation. In his current role as employee communications advisor, he supports corporate communications, executive forums and special projects, including cybersecurity awareness and COVID-19 response. A communicator from day one, he began his career as a 16-year-old student reporter for the Houston Chronicle and production assistant for HoustonPBS (now Houston Public Media). A third-generation Texan and first-generation college graduate, he earned his bachelor’s degree in journalism and telecommunication from Baylor University in 2007 where he completed multiple internships including with the Muscular Dystrophy Association and ABC News. For the past 13 years, Andrew has served in corporate communications and community affairs roles for non-profit organizations, Texas Workforce Commission, Insperity, Inc., and Nexeo Solutions (now Univar Solutions and Nexeo Plastics). Andrew also holds an MBA from Houston Baptist University and currently serves in the Young Leaders for Catholic Charities of the Archdiocese of Galveston-Houston. 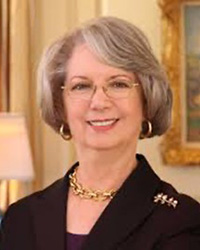 Ella Pritchard is  president of Prichard Oil Company and the author of Reclaiming Joy: A Primer for Widows (2018)—inspired by the Apostle Paul’s letter to the Philippians. After her graduation from Baylor in 1963, Ella found myriad ways to share her talent through church and community service: writing Sunday School curriculum for the Southern Baptist Convention Sunday School Board (now LifeWay), writing and editing for local nonprofits, and producing promotional materials for nonprofit capital campaigns. A longtime member of First Baptist Church, she held leadership positions there and served on committees and boards of the Baptist General Convention of Texas and the Cooperative Baptist Fellowship. She was a member of the Baylor Board of Regents and a director of the Baylor Alumni. 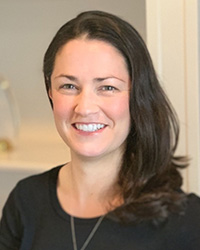 Claire St. Amant has worked as a field producer for CBS News “48 Hours” since 2014. She was part of the breaking news team nominated for an Emmy in 2016 for “Bringing a Nation Together,” a special report on the Dallas Police shooting. In 2019, she began contributing to “60 Minutes,” with “The Ranger and The Serial Killer.” St. Amant got her start as a reporter at People Newspapers. Before joining the national media, she was the managing editor for the popular daily news site Culture Map Dallas. A graduate of Baylor University and a returned Peace Corps volunteer, St. Amant is a native Texan who has also lived in South America and Eastern Europe. She loves few things more than a good story and a long run, though her husband and son are notable exceptions. 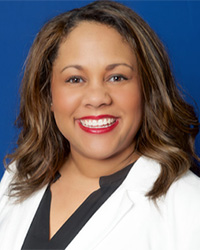 Jennifer Simmons is the Regional Director of Human Resources for Springstone Inc. In this position she leads the talent development, leadership development and training teams for the enterprise. Springstone is a network of mental health facilities with over 30 locations across the U.S. Prior to serving in this role, Jennifer held several leadership positions throughout the healthcare sector, including serving as Director of Talent Acquisition for Surgical Care Affiliates, a part of United Health Care’s Optum brand. Before entering into healthcare, Jennifer was the HR leader for a joint-venture startup between AT&T, Verizon and T-Mobile that developed what is now known as the Google Wallet on Android devices. She’s a member of the Society of Human Resources, Dallas HR chapter, winner of the IABC award of excellence for internal communications and she has been recognized by HR Today for excellence in Employer Branding. Jennifer was previously a member of the Junior League of Dallas and served as an Associate Producer for Dallas Summer Musicals. She is also a member of Delta Sigma Theta Sorority Incorporated. She graduated from Baylor University in 2007 with a Bachelor of Arts degree in Journalism, and she has a Master’s degree in Management and Organizational Behavior from the University of Texas at Dallas. 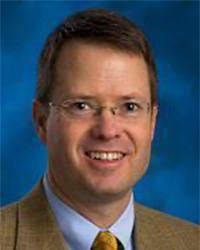 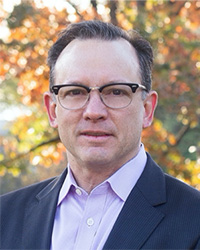 Edward Wyatt began working in strategic communications and public relations after 28 years as a reporter, the last 20 of it for The New York Times in New York, Los Angeles and Washington, D.C. In 2017, he moved to the Bill & Melinda Gates Foundation, where he headed media relations, strategic communications and executive communications for the foundation’s U.S. Programs in Education and Economic Mobility & Opportunity. Ed graduated from Baylor University with a Bachelor of Arts in journalism and political science, serving as Editor in Chief of The Lariat in 1984. He earned an MBA degree from Syracuse University.