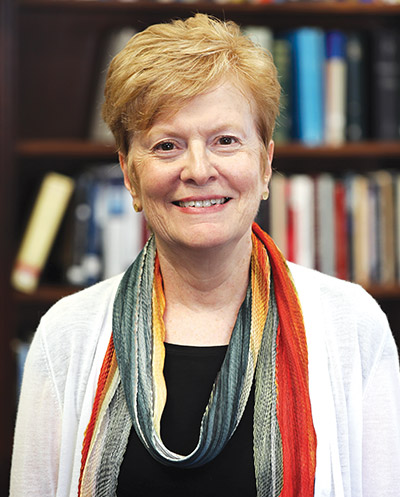 Dr. Beverly Roberts Gaventa is Distinguished Professor of Religion in Baylor University’s College of Arts and Sciences. She is a graduate of Phillips University (BA), Union Theological Seminary (MDiv) and Duke University (PhD).

Dr. Gaventa is one of the leading New Testament scholars in the world who engage in theological and historical interpretation of the Christian Scriptures, particularly the letters of Paul, and has lectured on university and seminary campuses around the world. The author or editor of 14 books, including Our Mother Saint Paul and When in Romans, she also has published more than 70 articles and essays and is currently writing a commentary on Paul’s Epistle to the Romans for the New Testament Library Series.

Prior to joining Baylor’s faculty in 2013, she served as Helen H.P. Manson Professor of New Testament at Princeton Theological Seminary, where taught for 21 years. She holds honorary doctorates from Christian Theological Seminary and Kalamazoo College and is an honorary professor of New Testament at Stellenbosch University in South Africa. In 2016, she was president of the Society of Biblical Literature, the premiere learned society devoted to the critical investigation of the Bible.