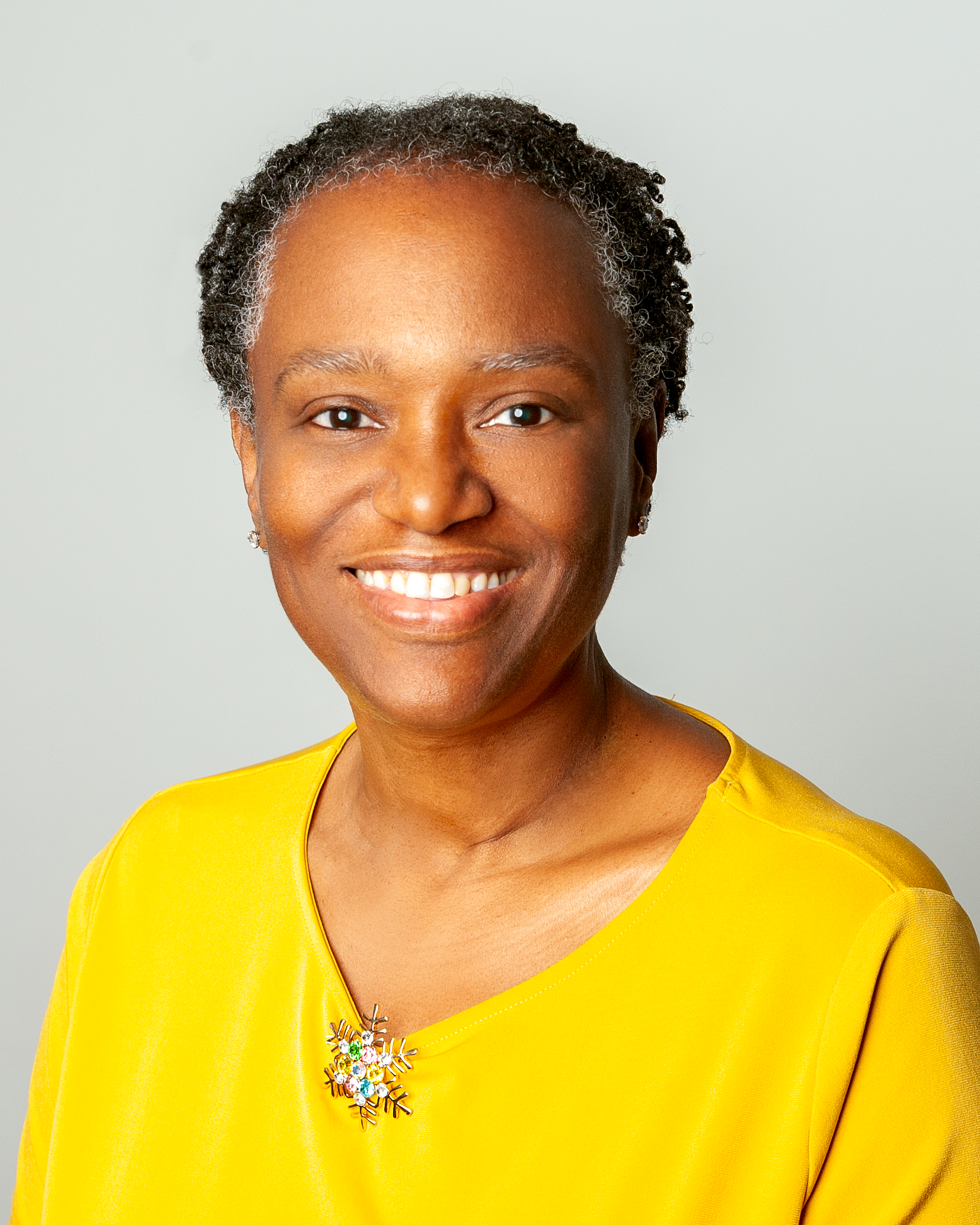 La Wonda Bornstein is president and chief executive officer for The House DC. The House DC’s vision is to transform and empower the lives of inner-city youth and their families through Christ by giving them hope, a productive future, and a changed community. The House is located in the Anacostia area of Washington, D.C., on a street formerly known as "Murder Row" in a building that was once a crack house. Now it is a catalyst for youth to cultivate healthy relationships.  The Washington Post describes The House DC as “an urban oasis where teens get encouragement, praise, and the kind of stable relationships with adults that are often missing in their lives.” 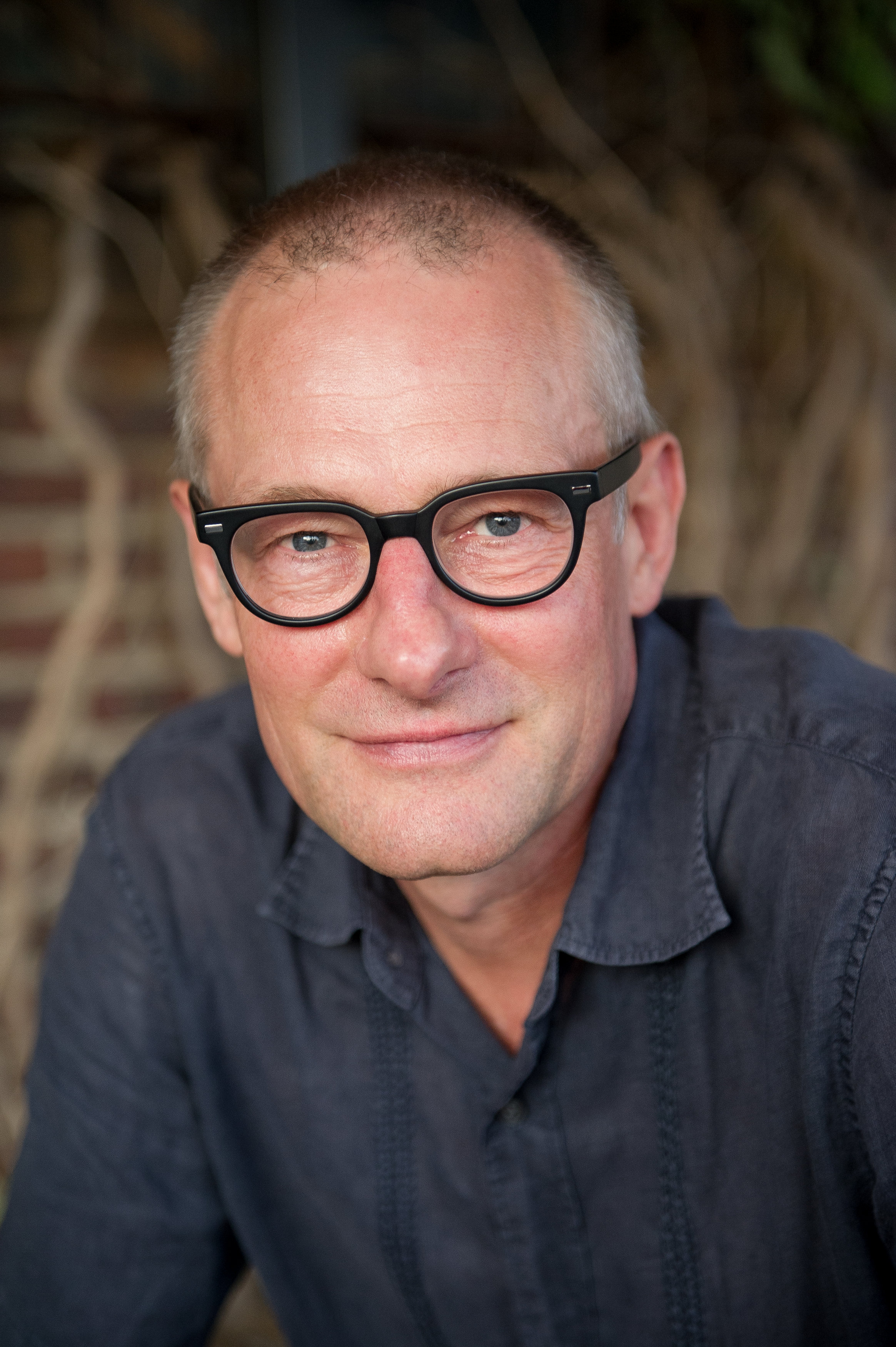 Douglas A. Campbell is professor of New Testament at Duke Divinity School, where he also serves as director of the Prison Studies Program. His main research interests comprise the life and thought (i.e., theology and its development) of the apostle Paul, with particular reference to soteriological models rooted in apocalyptic as against justification or salvation-history. Since arriving at Duke in 2003, he has published five books on the apostle Paul, including his most recent work Pauline Dogmatics: The Triumph of God’s Love (Eerdmans, 2020). 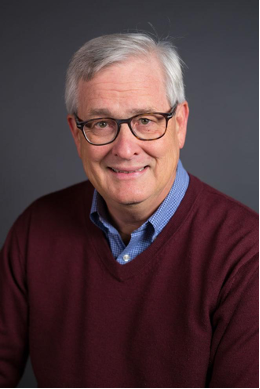 Joel A. Carpenter is senior research fellow and founding director of the Nagel Institute for the Study of World Christianity at Calvin University, which links Christian scholars worldwide to promote a deeper understanding of world Christianity, partners with study centers in the global south and east, and works to reorient Christian thought in the North Atlantic toward concerns arising from world Christianity. Before then, he served as Calvin’s provost from 1996 to 2006. His research interests include American religious and cultural history and Christianity in Africa and Asia. His latest project is a study of the life and thought of Kwame Bediako, one of Africa’s leading Christian thinkers. His books include Revive Us Again: The Reawakening of American Fundamentalism (Oxford, 1999), and he has co-authored or co-edited Christianity in Chinese Public Life: Religion, Society, and the Rule (Palgrave, 2014), Christian Higher Education: A Global Reconnaissance (Eerdmans, 2014), Christianity in India: Conversion, Community Development, and Religious Freedom (Fortress, 2018), and Christianity and Social Change in Contemporary Africa: Volume One (Langaa RPCIG, 2020). 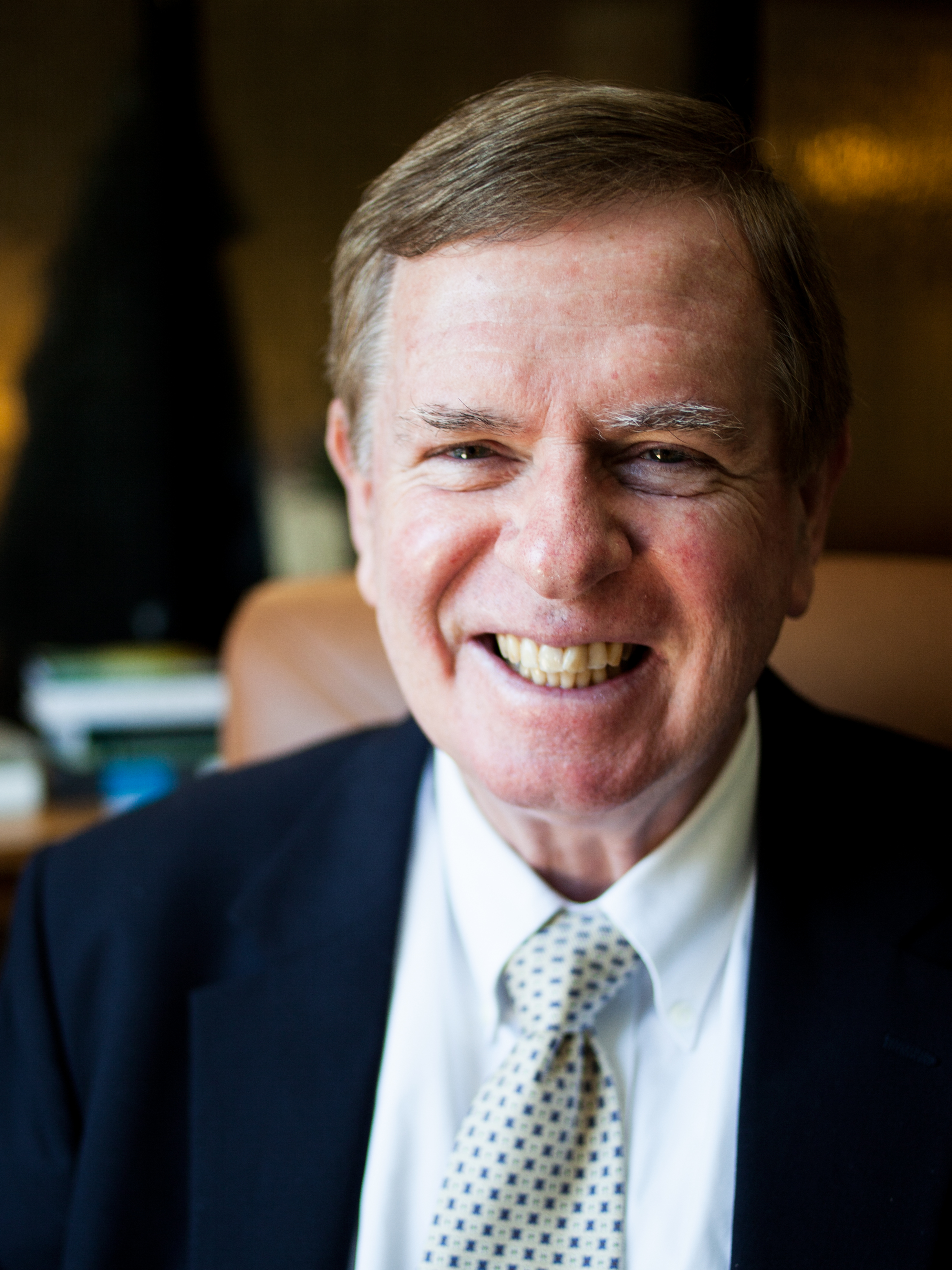 C. Stephen Evans is University Professor of Philosophy and Humanities at Baylor University, director of the Baylor Center for Christian Philosophy, and Distinguished Senior Fellow in the Institute for Studies of Religion. He also holds appointments as a Professorial Fellow at the University of St. Andrews and at Australian Catholic University. His published works have focused on Soren Kierkegaard, philosophy of religion, and the philosophy of psychology. He has written over fifteen single-authored books, the most recent being Kierkegaard and Spirituality (Eerdmans, 2019). He has published many professional articles and has received two Fellowships from NEH and a major grant from the Pew Charitable Trusts. He is principal investigator for the Templeton Religion Trust grant on “Accountability as a Relational Virtue,” awarded to the Institute for Studies of Religion. Prior to coming to Baylor, Evans taught at Wheaton College, where he held a joint appointment in philosophy and psychology; St. Olaf College, where he served as Curator of the Howard and Edna Hong Kierkegaard Library as well as a member of the Philosophy Department; and at Calvin College, where, besides teaching philosophy, he served as Dean for Research and Scholarship and was the inaugural holder of the William Spoelhof Teacher-Scholar Chair. He is a past president of the Society of Christian Philosophers. Evans is a native of Atlanta, Georgia, is married to Jan Evans, and has three grown children. He is a member of St. Alban’s Episcopal Church in Waco, Texas. 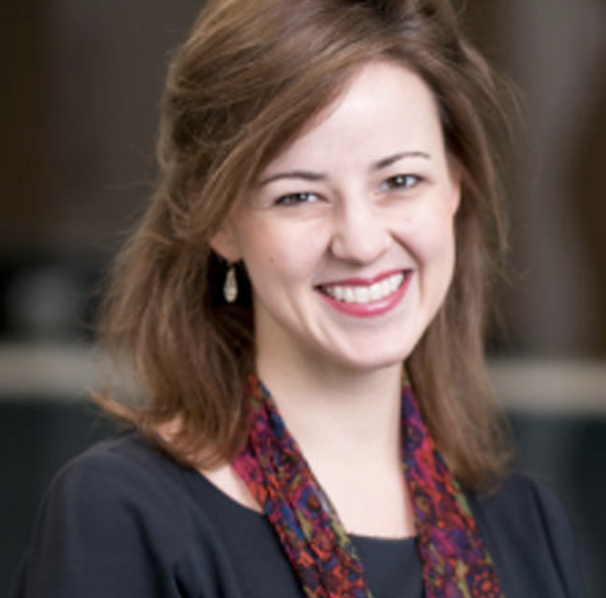 Anne Snyder writes and speaks extensively about drawing on wisdom and the other virtues to address the major crises of our time, including community fragmentation, political polarization, racism, and inequality. She is the editor-in-chief of Comment Magazine, host of “The Whole Person Revolution” podcast, creator of the blog “Of Souls & Silos,” and host of “Breaking Ground,” a web commons that brings together diverse thinkers and practitioners to respond to pressing problems today. Snyder is the author of The Fabric of Character (The Philanthropy Roundtable, 2019), and her work has been featured in various venues, including The Atlantic Monthly, The Washington Post, City Journal, Philanthropy Magazine The Orange County Register, Houston Business Journal, Bittersweet Monthly, and Comment. She has worked at World Affairs Journal and The New York Times. From 2016 to 2019 she directed The Philanthropy Roundtable’s Character Initiative, helping American foundations and business leaders strengthen “the middle ring” of morally formative institutions. She has also worked with the H.E. Butt Family Foundation, the Urban Reform Institute, and the Ethics and Public Policy Center. 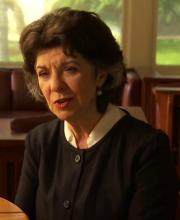 Eleonore Stump is the Robert J. Henle Professor of Philosophy at Saint Louis University, where she has taught since 1992. She is also Honorary Professor at Wuhan University and at the Logos Institute, St. Andrews, and she is a Professorial Fellow at Australian Catholic University. She has published extensively in philosophy of religion, contemporary metaphysics, and medieval philosophy. Her books include her major study Aquinas (Routledge, 2003), her extensive treatment of the problem of evil, Wandering in Darkness: Narrative and the Problem of Suffering (Oxford, 2010), and her far-reaching examination of human redemption, Atonement (Oxford, 2018). She has given the Gifford Lectures (Aberdeen, 2003), the Wilde lectures (Oxford, 2006), the Stewart lectures (Princeton, 2009) and the Stanton lectures (Cambridge, 2018). She is past president of the Society of Christian Philosophers, the American Catholic Philosophical Association, and the American Philosophical Association, Central Division; and she is a member of the American Academy of Arts and Sciences. 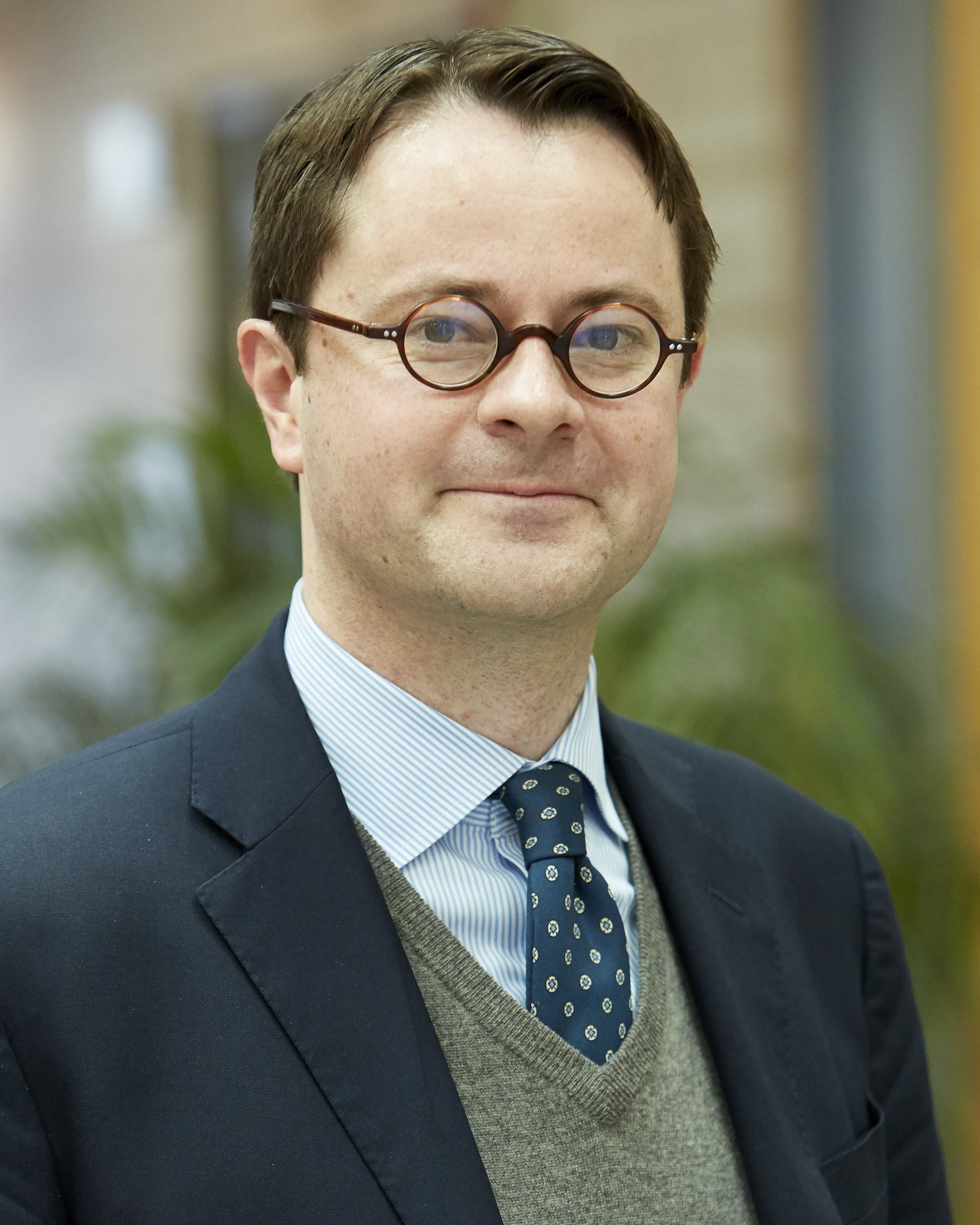 Tyler J. VanderWeele, Ph.D., is the John L. Loeb and Frances Lehman Loeb Professor of Epidemiology in the Departments of Epidemiology and Biostatistics at the Harvard T.H. Chan School of Public Health, Director of the Human Flourishing Program and Co-Director of the Initiative on Health, Religion and Spirituality at Harvard University, and 2019-2020 George Eastman Visiting Professor at the University of Oxford. He holds degrees from the University of Oxford, University of Pennsylvania, and Harvard University in mathematics, philosophy, theology, finance and applied economics, and biostatistics. His research concerns methodology for distinguishing between association and causation in observational studies, and the use of statistical and counterfactual ideas to formalize and advance epidemiologic theory and methods. His empirical research spans psychiatric, perinatal, and social epidemiology; the science of happiness and flourishing; and the study of religion and health, including both religion and population health and the role of religion and spirituality in end-of-life care. He has published over three hundred papers in peer-reviewed journals, and is author is author of the books Explanation in Causal Inference (2015), Modern Epidemiology (2021), and Measuring Well-Being (2021); and he also writes a monthly blog posting on topics related to human flourishing for Psychology Today. 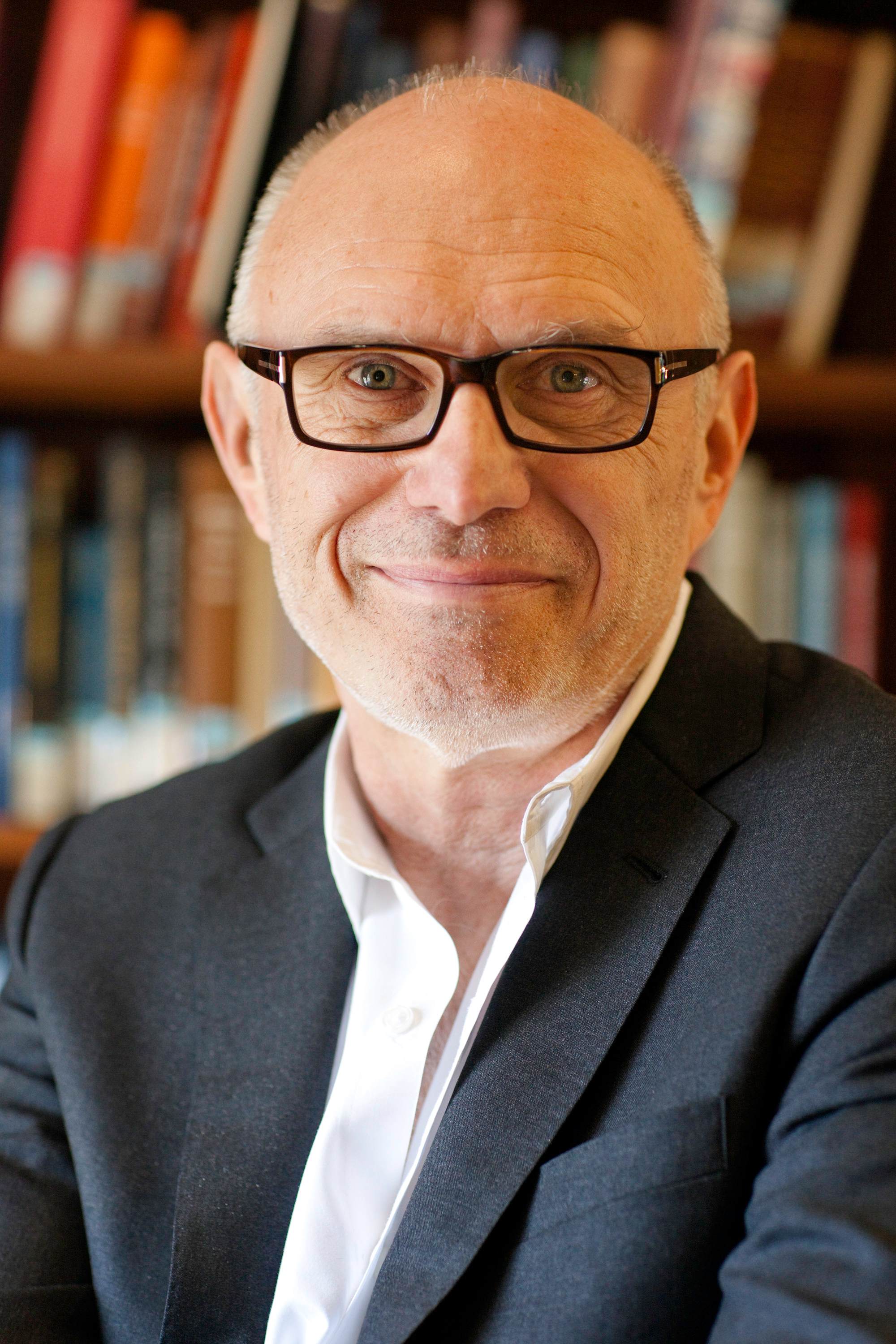 Miroslav Volf is the founding Director of the Yale Center for Faith and Culture. His books include Allah: A Christian Response (HarperOne, 2011); Free of Charge: Giving and Forgiving in a Culture Stripped of Grace (Zondervan, 2006), which was the Archbishop of Canterbury Lenten book for 2006; Exclusion and Embrace: A Theological Exploration of Identity, Otherness, and Reconciliation (Abingdon, 1996), a winner of the 2002 Grawemeyer Award; and After Our Likeness: The Church as the Image of the Trinity (Eerdmans, 1998), winner of the Christianity Today book award. A member of the Episcopal Church in the U.S.A. and the Evangelical Church in Croatia, Professor Volf has been involved in international ecumenical dialogues (for instance, with the Vatican’s Pontifical Council for Promoting Christian Unity) and interfaith dialogues (on the executive board of C-1 World Dialogue), and is an active participant in the Global Agenda Council on Values of the World Economic Forum. A native of Croatia, he regularly teaches and lectures in Central and Eastern Europe, Asia, and across North America. Professor Volf is a fellow of Berkeley College. 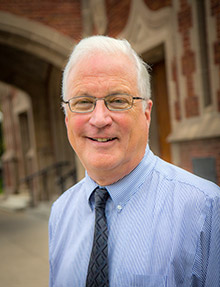 Paul Wadell is professor emeritus of theology and religious studies at St. Norbert College.  A leading voice on the topic of friendship and the Christian moral life, he is the author of numerous books exploring these topics, including Becoming Friends: Worship, Justice, and the Practice of Christian Friendship (Brazos Press, 2002); The Moral of the Story: Learning from Literature about Human and Divine Love (Crossroad, 2003); Happiness and the Christian Moral Life: An Introduction to Christian Ethics (Rowman & Littlefield, 2007); and (with Charles R. Pinches) Living Vocationally—The Journey of the Called Life (Cascade, 2021). From 2010 to 2020, he was a member of the advisory council for the Network for Vocation in Undergraduate Education (NetVUE).