Jeffrey Ball is scholar-in-residence at the Steyer-Taylor Center for Energy Policy and Finance at Stanford University and lecturer at Stanford Law School. He previously was the environmental editor at the Wall Street Journal. At the Steyer-Taylor Center, a joint initiative of Stanford’s law and business schools, Ball heads a project assessing comparative advantage in the globalizing clean-energy industry. Its first stage has focused on how China and the United States might deploy cleaner energy in more economically efficient if each played to its strengths. Ball’s writing has appeared in The Atlantic, Fortune, The New Republic, Foreign Affairs, The Wall Street Journal, The New York Times, and Slate, among other publications.

Philip Bess is Professor of Architecture at the University of Notre Dame, where he teaches graduate urban design and theory, with a particular interest in Catholic and classical humanist intellectual and artistic traditions in the context of modern American life. In 2011 his graduate urban design studios began a multi-year, multi-award winning project called After Burnham: The Notre Dame Plan of Chicago 2109, which envisions metropolitan Chicago at the bicentennial of Daniel Burnham’s 1909 Plan of Chicago. Professor Bess is the author of numerous articles and three books: City Baseball Magic: Plain Talk and Uncommon Sense About Cities and Baseball Parks (1991); Inland Architecture: Subterranean Essays on Moral Order and Formal Order in Chicago (2000); and Till We Have Built Jerusalem: Architecture, Urbanism, and the Sacred (2006).

Susan P. Bratton is Professor of Environmental Science at Baylor, with a research focus on conservation ecology and the interface between religion and environmental ethics. She has conducted research in Scotland, the Colorado Rockies, the Adirondacks, and the Great Smoky Mountains; studied at the Organization for Tropical Studies in Costa Rica; and served as a scientist with the U. S. National Park Service. Bratton is the author of four books on religion and environmental ethics, including The Spirit of the Appalachian Trail (2012) and Environmental Values in Christian Art (2008). She has also published over forty book chapters and more than one hundred refereed articles on topics ranging from Rachel Carson and ocean ethics, to the spirituality of outdoor experience, to fire management in parks, the impact of wild hogs, and restoration of disturbed high mountain floras.

Ellen F. Davis is Amos Ragan Kearns Professor of Bible and Practical Theology at Duke Divinity School. The author of ten books and many articles, her research interests focus on how biblical interpretation bears on the life of faith communities and their response to urgent public issues, particularly the environmental crisis and interfaith relations. Her recent book, Biblical Prophecy: Perspectives for Christian Theology, Discipleship, and Ministry (2014), explores the prophetic role and word across both Testaments of the Christian Bible. Scripture, Culture, and Agriculture: An Agrarian Reading of the Bible (2009) integrates biblical studies with a critique of industrial agriculture and food production. A lay Episcopalian, she is active as a theological consultant within the Anglican Communion and since 2004 has worked with the Episcopal Church of Sudan and South Sudan to develop theological education, community health, and sustainable agriculture. 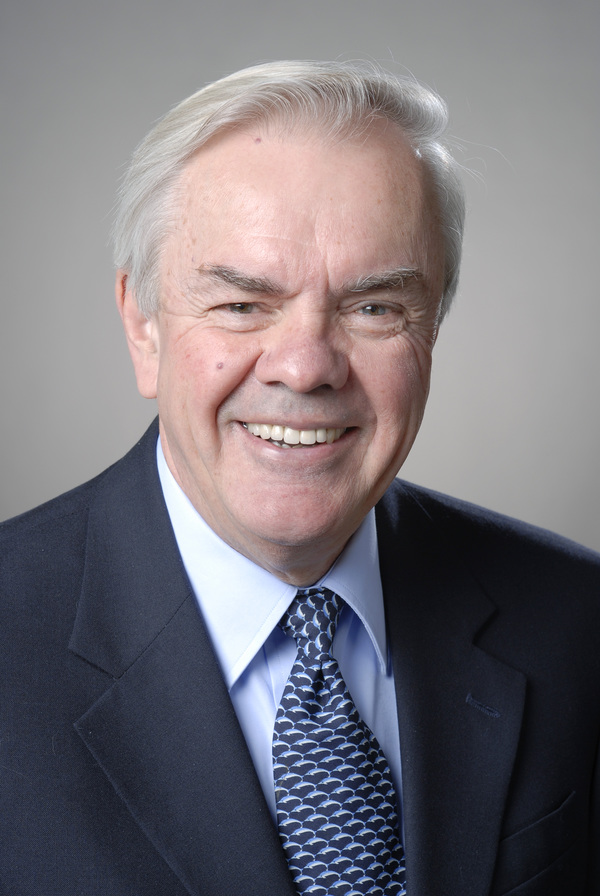 Calvin B. DeWitt is an environmental scientist in the Nelson Institute for Environmental Studies, University of Wisconsin-Madison, where he is an Emeritus Professor of Environmental Studies and serves on the graduate faculties of Land Resources, Water Resources Management, Conservation Biology and Sustainable Development, and Limnology and Marine Science. His assignment since 1972 has been “to address the fragmentation of the disciplines” through development of an integrative program of teaching, research, and service directed at ecological integrity and sustainability. He is a member of the American Association for the Advancement of Science, Christians in Science (United Kingdom), Ecological Society of America, a Fellow of the International Society for Science & Religion, the American Scientific Affiliation, and the University of Wisconsin Teaching Academy, and author of Earthwise: A Guide to Hopeful Creation Care (2011).

Michael Foley is Associate Professor of Patristics at Baylor University in the Great Texts Program of Baylor University. His research interests concern the thought of St. Augustine of Hippo, liturgy, comedy and tragedy, and classical political philosophy. He is the author of The Politically Incorrect Guide to Christianity (2017) and Why Do Catholics Eat Fish on Friday? The Catholic Origin to Just About Everything (2005), and is currently working on a new edition of Augustine’s Against the Academics with the University of Notre Dame Press.

Makoto (“Mako”) Fujimura is Director of Fuller Theological Seminary’s Brehm Center for Worship, Theology, and the Arts. Master painter Fujimura is a respected leader in the conversation between Christian faith and art. A devoted believer, world-renowned artist, and cultural influencer, he has had a profound impact around the world through his art and leadership. Fujimura is the craftsperson of a movement toward renewal called “culture care.” This magnum opus work, his alternative to “culture wars,” is born from the integration of his work as an artist and his commitment to his Christian faith.

Philip Jenkins is Distinguished Professor of History at Baylor University and serves as Co-Director for the Program on Historical Studies of Religion in Baylor’s Institute for Studies of Religion. A historian by training, Jenkins’s work has been lauded in many different disciplines including sociology, criminology, and religious studies. Currently, he is exploring issues related to global Christianity, new and emerging religious movements, and twentieth- century U. S. history. Jenkins is the author of numerous scholarly articles and books, including The New Faces of Christianity (2006), The Next Christendom: The Coming of Global Christianity (2011), and Crucible of Faith: The Ancient Revolution that Made Our Modern Religious World (2017).

Christopher Miller is Professor of Architecture at Judson University and teaches courses in the Art and Design Department. Prior to joining the faculty, he practiced architecture in Connecticut, Rhode Island, and Virginia. His research interests range from urban morphology to the history of architectural typology to contemporary theory in architecture. He has developed an innovative curricular concentration for students interested in architecture and humanly-scaled urbanism that complements and continues the cultures of local places and attends to matters of sustainability. Having consulted for Jericho, a not-for-profit in Honduras since 2005, Miller has supported student regenerative urban projects set in Albania, Morocco, London, and Scotland.

S. Kay Toombs is Associate Professor Emeritus in Baylor University’s Department of Philosophy. In her recent work, she draws upon her experience of living in an agrarian-based intentional Christian community in order to reflect on the ways in which contemporary values and the context in which we live our lives impact our efforts to develop a sustainable culture and to form caring communities. She is author of Changing Our Minds: The Challenge of Digital Technology to Values and the Effort to Develop a Sustainable Culture (2017). A philosopher by training, she is also author and editor of several books and numerous scholarly articles relating to illness, disability, and healthcare, including The Meaning of Illness and The Handbook of Phenomenology and Medicine.

Theodore R. Vitali, C.P. was chair of the Philosophy Department at Saint Louis University from 1989-2017 and continues to serve as a member of its faculty. His scholarly interests are philosophical theology and environmental philosophy. Currently, he is exploring the historical and cultural antecedents to classical American philosophy. He is concerned with identifying and tracking these religious antecedents from 1750 to 1850; their political, cultural, and geographical counterparts; and the synthesis that formed between 1850 and 1940, the period of philosophical writing beginning with James and Peirce and culminating in A.N. Whitehead. He has authored numerous chapters and articles and has lectured internationally. He is also the professional ethicist for the Boone and Crockett Club.

Robert White is Professor of Geophysics in the Department of Earth Sciences at Cambridge University and Director of the Faraday Institute for Science and Religion. He was elected a Fellow of the Royal Society in 1994 and a Fellow of the American Geophysical Union in 2016. In 2018 he was awarded a Gold Medal of the Royal Astronomical Society, the society’s highest award, in recognition of a lifetime’s achievement in research. His work on the Earth’s dynamic crust has taken him to the Atlantic, Indian, and Pacific Oceans, and his research group is currently investigating the internal structure of volcanoes in Iceland. His scientific research is published in over 350 papers and articles. He is the author of Who is to Blame? Nature, Disasters and Acts of God (2014), the co-author of Beyond Belief: Science, Faith and Ethical Challenges (with Denis Alexander; 2004), and co-editor of Creation Care and the Gospel: Reconsidering the Mission of the Church (with Colin Bell; 2016).

Ralph C. Wood has served as University Professor of Theology and Literature at Baylor since 1998. He previously served for twenty-six years on the faculty of Wake Forest University in Winston-Salem, North Carolina, where he became the John Allen Easley Professor of Religion in 1990. At Baylor, his main appointment is in the Religion Department; he also teaches in the Great Texts program as well as the Department of English. He serves as an editor-at-large for The Christian Century and as an editorial board member for both the Flannery O’Connor Review and Seven: Anglo-American Literary Review. He is the author of numerous books, including Flannery O’Connor and the Christ-Haunted South (2004), Chesterton: The Nightmare Goodness of God (2011), and Tolkien Among the Moderns (2015).

Julia Daniel is Assistant Professor of English at Baylor University. Her areas of interest include modern American poetry and drama, environmental humanities, urban studies, and modernist material culture. She is the author of Building Natures: Modern American Poetry, Landscape Architecture, and City Planning (2017), which explores how poets engage with the pastoral fantasies and democratic desires embedded in American public parks. She is currently co-editor of Modernism in the Green (forthcoming), a collection that traces trans-Atlantic modernist encounters with diverse “greens,” from manicured urban parks to roadsides and dumping grounds. She has also published on noise pollution in the works of Vachel Lindsay, popular culture in The Waste Land, and Eliot’s use of metatheatre in his ritual verse drama Sweeney Agonistes.

Josh King is Associate Professor of English at Baylor University, specializing in Romantic and Victorian literature. He also serves as the Margarett Root Brown Chair in Robert Browning and Victorian Studies at Baylor’s Armstrong Browning Library. King’s primary research areas are nineteenth-century British poetic form, religion, and “print culture”—the social interaction and meaning-making enabled by the production, circulation, and reception of printed media. He is the author of Imagined Spiritual Communities in Britain’s Age of Print (2015) and the co-editor of Constructing Nineteenth-Century Religion: Literary, Historical, and Religious Studies in Dialogue (forthcoming).

Emma Mason is Professor of English and Comparative Literary Studies at the University of Warwick. She convenes the Philosophy and Literature B.A. with Eileen John in Philosophy and teaches in the English and Comparative Literary Studies B.A. and M.A. programs. Mason has held Visiting Fellowships at the University of Madison-Wisconsin and the Huntington Library, California, and is the founder and director of the research group, Comparative Religions and Literatures (CoRAL). Mason works on late-eighteenth and early nineteenth-century literature and religion, with a focus on poetry, and is broadly interested in religion and ecology, affect theory, and philosophy and literature. The author of numerous scholarly articles, she also recently published Christina Rossetti: Poetry, Ecology, Faith (2018).

Andrew Tate is a Reader in Literature, Religion, and Aesthetics at Lancaster University. His research focuses on the intersections between literature, theology, and aesthetics. He is particularly concerned with nineteenth-century writing and its relationship with theological debates and contemporary fiction in relation to the sacred. Recent publications include chapters and articles on Ruskin and the Psalms, Decadence and the Bible, and the relationship of biblical apocalypse, climate change, and Ian McEwan’s Solar. Tate co-chairs the Ruskin Research Seminar and contributes to the Gladstone Centre’s regular colloquia and conference program.