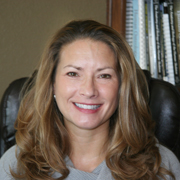 Lori Baker is associate professor of anthropology at Baylor University. She is a physical anthropologist concentrating her research in the areas of molecular anthropology and osteology. Her research interests include ancient and modern human population variation, the peopling of the Americas, forensic science and human rights. Additionally, she is director of Reuniting Families, an effort to identify and repatriate to families the remains of undocumented immigrants that die crossing the southern U.S. border. Her work has been featured in Discovery Magazine, National Geographic, NPR, The Washington Post, USA Today, MSNBC, The Wall Street Journal, and other media outlets.

Patrick J. Deneen is David A. Potenziani Memorial Associate Professor of Constitutional Studies at the University of Notre Dame. In 2006, he became the founding director of "The Tocqueville Forum on the Roots of American Democracy" at Georgetown University where he was the Markos and Eleni Tsakopoulos-Kounalakis Chair in Hellenic Studies. Prior to this he held the Laurence S. Rockefeller Preceptorship at Princeton University and was special assistant and principal speechwriter for Joseph Duffey, director of the United States Information Agency. Deneen is the author of The Odyssey of Political Theory (Rowman & Littlefield, 2003) and Democratic Faith (Princeton, 2005), as well as co-editor of Democracy's Literature (Rowman & Littlefield, 2005) and two collections of essays by Wilson Carey McWilliams: Redeeming Democracy in America (UP Kansas, 2011) and The Democratic Soul (UP Kentucky, 2011). Deneen was the recipient of the American Political Science Association's Leo Strauss Award for Best Dissertation in Political Philosophy in 1995. 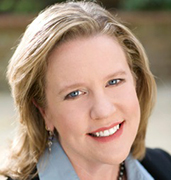 Jean Geran is founder and president of Each, Inc., an organization committed to building and providing the technology necessary to support those working to care for and protect vulnerable children globally. Prior to founding Each, Inc., she was with the Legatum Institute in London. She has been a member of the policy planning staff at the U.S. Department of State responsible for issues including human rights, trafficking in persons, child protection, refugee policy, and governance. She also served as the director for Democracy and Human Rights on the National Security Council, as advisor on United Nations reform and as an abuse prevention officer for USAID in Iraq.

Ian H. Hutchinson is professor of nuclear science and engineering and the Alcator Project Coprincipal of the Plasma Science and Fusion Center at the Massachusetts Institute of Technology. He served as head of the MIT Department of Nuclear Science and Engineering from 2003 to 2009. In addition to over 160 journal articles on a variety of plasma phenomena, Hutchinson is widely known for his standard monograph on measuring plasmas: Principles of Plasma Diagnostics (2nd ed., Cambridge UP, 2002). From 2000 to 2004, he was editor-in chief of the journal Plasma Physics and Controlled Fusion, and he was the 2008 chairman of the division of plasma physics of the American Physical Society. Having written and spoken widely on the relationship between science and the Christian faith, Hutchinson is the author of Monopolizing Knowledge: A Scientist Refutes Religion-Denying, Reason-Destroying Scientism (Fias Publishing, 2011). 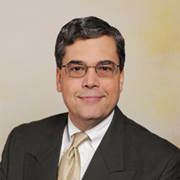 Peter Kilpatrick is the Matthew H. McCloskey Dean of the College of Engineering at the University of Notre Dame. From 1983 through 2007, he was on the faculty of chemical and biomolecular engineering at North Carolina State University, serving as department chair from 1999 to 2007. He was founding director of the North Carolina Biomanufacturing Training and Education Center from 2004 to 2007. Since 2009, he has taught a course in technology, engineering, and ethics at the University of Notre Dame. In 2010, he co-organized a conference in Budapest entitled "Human Dignity in the Modern Academy: Challenges at the Interface of Science, Technology and Medicine." His research focuses on the self-assembly of molecular species and their surface and interfacial activity, areas in which he has published more than 90 papers.

Nancey Murphy is professor of Christian philosophy at Fuller Theological Seminary. Murphy serves on the board of the Center for Theology and the Natural Sciences, Berkeley, and is a member of the executive committee of the International Society for Science and Religion. Murphy's first book, Theology in the Age of Scientific Reasoning (Cornell, 1993), received the American Academy of Religion's Award for Excellence and the Templeton Award for best book in theology and science. Two additional books, Whatever Happened to the Soul? Scientific and Theological Portraits of Human Nature (co-edited with W. S. Brown and H. N. Maloney; Fortress, 1998) and Chaos and Complexity: Scientific Perspectives on Divine Action (co-edited with R. J. Russell and A. R. Moore; University of Notre Dame Press, 1996) also received the Templeton Award. Most recently she co-edited with Christopher Knight Human Identity at the Intersection of Science, Technology and Religion (Ashgate, 2010). 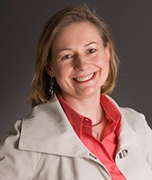 Rosalind W. Picard is founder and director of the Affective Computing Research Group, co-director of the Things That Think Consortium, and leader of the Autism & Communication Technology Initiative at the Massachusetts Institute of Technology. She is also co-founder, chief scientist and chairman of Affectiva, Inc. Picard is the author of Affective Computing (MIT, 1997) as well as nearly two hundred scientific articles and chapters in multidimensional signal modeling, computer vision, pattern recognition, machine learning, human-computer interaction, and affective computing. In 2005, she was honored as a Fellow of the Institute of Electrical and Electronics Engineers for contributions to image and video analysis and affective computing. Picard holds multiple patents, having designed and developed a variety of new sensors, algorithms, and systems for sensing, recognizing, and responding respectfully to human affective information.

Russell R. Reno is the editor of First Things. Previously, he was professor of theological ethics at Creighton University. He is the general editor of the Brazos Theological Commentary on the Bible and author of the volume on Genesis (2010). His books also include Fighting the Noonday Devil—and Other Essays Personal and Theological (Eerdmans, 2011), In the Ruins of the Church: Sustaining Faith in an Age of Diminished Christianity (Brazos, 2002), and Redemptive Change: Atonement and the Christian Cure of the Soul (Trinity Press, 2002). He has co-authored books as well on Sanctified Vision: An Introduction to Early Christian Interpretation of the Bible (Johns Hopkins, 2005) with John O'Keefe and on Heroism and the Christian Life: Reclaiming Excellence (Westminster John Knox, 2000) with Brian S. Hook.

S. Kay Toombs is associate professor emeritus of philosophy at Baylor University. Diagnosed in 1973 with multiple sclerosis, she explores her firsthand experience of chronic progressive debilitating disease in order to reflect on issues relating to the experience of illness and disability, the phenomenology of the body, the experience of disability, the care of the chronically ill, the challenges of incurable illness, and the relationship between health care professionals and patients. Her highly-praised book, The Meaning of Illness: A Phenomenological Account of the Different Perspectives of Physician and Patient (1992), has been translated into Chinese and Japanese. She is editor of The Handbook of Phenomenology and Medicine (2001) and co-editor of Disability: The Social, Political and Ethical Debate and Chronic Illness: From Experience to Policy (2008).

Ralph Wood is University Professor of Theology and Literature at Baylor University, a position he has held since 1998. He previously served on the faculty of Wake Forest University, where he became the John Allen Easley Professor of Religion in 1990. He has also taught at Samford University, at Regent College, and at Providence College. His books include Chesterton: The Nightmare Goodness of God (Baylor UP, 2011), Flannery O'Connor and the Christ-Haunted South (Eerdmans, 2004), Contending for the Faith: Essays in the Church's Engagement with Culture (Baylor UP, 2003), and The Gospel According to Tolkien: Visions of the Kingdom in Middle-earth (John Knox, 2003).