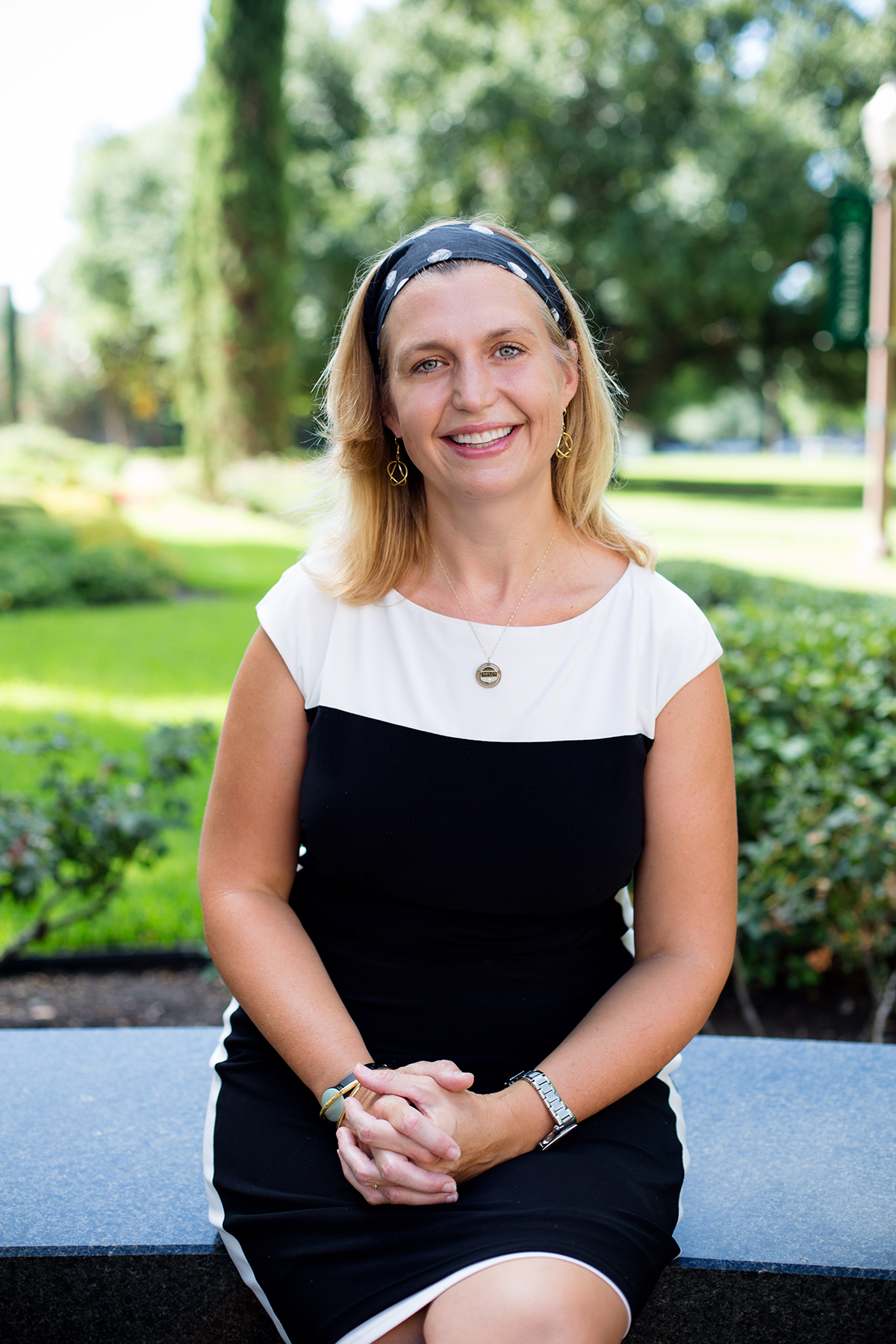 Beth Allison Barr is Associate Professor and Graduate Program Director of History at Baylor University. Her research focuses on women and gender identity in medieval and early modern English sermons, drawing evidence especially from comparative analyses of biblical women, narrative women, gendered language, and the gendered nature of biblical text included within sermons. She is interested in how the advent of Protestantism affected women in Christianity as well as how and why medieval attitudes towards women in sermons both changed and stayed the same across the Reformation era. She is the author of The Pastoral Care of Women in Late Medieval England (2008) and is in the process of writing Women in English Sermons, 1350–1700.

Timothy George has been the dean of Beeson Divinity School since its inception in 1988. He is a life advisory trustee of Wheaton College, is active in Evangelical and Roman Catholic dialogue, and has chaired the Doctrine and Christian Unity Commission of the Baptist World Alliance. He serves as senior theological advisor for Christianity Today, is on the editorial advisory board of First Things, and served on the editorial advisory board of Books & Culture. George is the general editor of the Reformation Commentary on Scripture, a twenty-eight volume series of sixteenth-century exegetical commentary. A prolific author, he has written more than twenty books and regularly contributes to scholarly journals. His recent books include Reading Scripture with the Reformers (2011); The Great Tradition of Christian Thinking: A Student’s Guide (with David Dockery, 2012); Our Sufficiency Is of God: Essays on Preaching in Honor of Gardner C. Taylor (with James Earl Massey and Robert Smith, Jr., 2010); and Amazing Grace: God’s Pursuit, Our Response (2011). His Theology of the Reformers (25th Anniversary ed., 2013) has been translated into multiple languages. An ordained minister in the Southern Baptist Convention, George has served churches in Georgia, Massachusetts, Kentucky, and Alabama.

Bruce Gordon is the Titus Street Professor of Ecclesiastical History at Yale Divinity School. A native of Canada, Gordon previously taught at the University of St Andrews in Scotland, where he was professor of modern history and deputy director of the St. Andrews Reformation Studies Institute. Gordon’s research and teaching focus on European religious cultures of the late medieval and early modern periods, with a particular interest in the Reformation and its reception. His most recent book is John Calvin’s Institutes of the Christian Religion (2016), which looks at the reception of one of the defining works of the Reformation from the sixteenth century to the age of YouTube. He is the author of Calvin (2009), a biography of the Genevan reformer, and The Swiss Reformation (2002), a Choice Magazine “Outstanding Publication” (2003). In addition, he has edited books and written widely on early modern history, biblical culture, Reformation devotion and spirituality, and the place of the dead in pre-modern culture. He was principal investigator for a grant from the Arts and Humanities Research Council in the United Kingdom for the project “Protestant Latin Bibles of the Sixteenth Century.”

David Lyle Jeffrey is Distinguished Professor of Literature and Humanities at Baylor University. He is also Professor Emeritus of English literature at the University of Ottawa, has been Guest Professor at Peking University (Beijing) since 1996, and Honorary Professor at the University of International Business and Economics (Beijing) since 2005. In 1996, he was elected to the Royal Society of Canada. Jeffrey teaches courses on medieval literature, the Bible as literature, medieval exegesis, biblical hermeneutics and literary theory, biblical tradition in the arts, art and biblical theology, and literature and philosophy. His books include A Dictionary of Biblical Tradition in English Literature (1992); The Early English Lyric and Franciscan Spirituality (1975);  People of the Book: Christian Identity and Literary Culture (1996); Houses of the Interpreter: Reading Scripture, Reading Culture (2003); and The King James Bible and the World it Made (2011).

Robert Kolb is International Research Emeritus Professor for the Institute for Mission Studies at Concordia Seminary (MO). During his career he served as director of the Center for Reformation Research in St. Louis and co-editor of The Sixteenth Century Journal, and still serves as co-editor, with A.R. Victor Raj, of Missio Apostolica. He served as president of the Sixteenth Century Studies Conference (1981–1982) and the Society for Reformation Research (1994–1996). Since 1993 he has been a member of the Continuation Committee of the International Congress for Luther Research. Since 1996 he has been Gastdozent at the Lutherische Theologische Hochschule in Oberursel, Germany. Among his many works are Studies of the Interpretation of Holy Scripture in the Sixteenth and Seventeenth Centuries (edited with Torbjörn Johansson and Johann Anselm Steiger, 2010); Martin Luther, Confessor of the Faith (2009); Lutheran Ecclesiastical Culture, 1550-1675 (2008); and Martin Luther as Prophet, Teacher, and Hero: Images of the Reformer, 1520-1620 (1999).

Tamara Lewis is Assistant Professor of the History of Christianity at the Perkins School of Theology at Southern Methodist University. She teaches courses on the history of the Christian tradition, the Protestant Reformation, and African American religious history. Her research examines the ways theological beliefs shaped the development of racial ideologies in early modern England. This involves tracing how theological beliefs were applied to and shaped emerging discourses and practices regarding skin color differences in the late sixteenth and seventeenth centuries. She is an ordained elder in the Tennessee Conference of the United Methodist Church.

Ven. Godwin Yusufu Makabi is a Priest of the Anglican Communion (Church of Nigeria), working with the Anglican Diocese of Jos, Nigeria. He serves at the Christian Institute, Jos, a seminary of the Anglican Diocese of Jos that attends to the pastoral needs of churches, especially across the northeastern part of Nigeria where Christianity currently faces the greatest persecution in the country. At the seminary, Makabi is a lecturer for church history courses as well as serving as the Academic Dean of the School, coordinating the academic life of the seminary, and as the Archdeacon at the seminary, overseeing the spiritual life of the college. He has served as a conference speaker across denominations and church organizations in Nigeria.

Mark Noll recently retired as the Francis A. McAnaney Professor of History at the University of Notre Dame and now serves as research professor of history at Regent College. His research and teaching consider subjects related to the history of Christianity in the United States, Canada, and the modern world. In 2005 Time magazine named Noll as one of the twenty-five most influential evangelicals in America. Noll is a Fellow of the American Academy of Arts and Sciences and served as advisory editor for Books & Culture. From 2004 to 2005 he served as the Maguire Fellow in American History and Ethics at the Library of Congress. In November 2006 he received the National Humanities Medal, and he has been the recipient of three year-long fellowships from the National Endowment for the Humanities. A prolific author, his most recent books include Jesus Christ and the Life of the Mind (2011); From Every Tribe and Nation: A Historian’s Discovery of the Global Christian Story (2014); and In the Beginning Was the Word: The Bible in American Public Life, 1492-1783 (2015). Perhaps his most well-known work, The Scandal of the Evangelical Mind (1994; 2008) was named “Book of the Year” by Christianity Today.

Iain Provan is Marshall Sheppard Professor of Biblical Studies at Regent College. His research interests are in the history of biblical interpretation, Old Testament narrative literature, and the use of the Old Testament in the construction of Christian theology and ethics. Provan is the author of numerous essays and article and several books including commentaries on Lamentations, 1 and 2 Kings, Ecclesiastes, and Song of Songs. Besides commentaries, his books include Convenient Myths: The Axial Age, Dark Green Religion, and the World that Never Was (2013); Seriously Dangerous Religion: What the Old Testament Really Says and Why It Matters (2014); and Discovering Genesis: Content, Interpretation, Reception (2016). A forthcoming publication, The Reformation and the Right Reading of Scripture, will be published this year with Baylor University Press. Provan is an ordained minister of the Church of Scotland; a Life Member of Clare Hall, Cambridge; and the recipient of an Alexander von Humboldt Research Fellowship.

Carl R. Trueman holds the Paul Woolley Chair of Church History and is Professor of Church History at Westminster Theological Seminary. Trueman’s academic interests include Reformation church history, particularly the life and work of Martin Luther and John Owen. He is the author of over a dozen books, numerous articles and book chapters, and also writes regularly at firstthings.com on contemporary issues such as religious freedom, identity politics, and the state of the church. Notable among his books are Reformation: Yesterday, Today, and Tomorrow (2000; 2011); Luther on the Christian Life: Cross and Freedom (2015); and John Owen: Reformed Catholic, Renaissance Man (2007). He is currently co-editing with Bruce Gordon The Oxford Handbook of Calvin and Calvinism (forthcoming 2017).

Randall Zachman is Professor for Reformation Studies at the University of Notre Dame. His research interests are in the history of Christian thought from the Reformation period to the present. Zachman is the author of Reconsidering John Calvin (2012); Image and Word in the Theology of John Calvin (2007); John Calvin as Teacher, Pastor, and Theologian: The Shape of his Writing and Thought (2006); and The Assurance of Faith: Conscience in the Theology of Martin Luther and John Calvin (2005). He co-edited Conciliation and Confession (2004), and edited John Calvin and Roman Catholicism: Critique and Engagement, Then and Now (2008). Zachman has published articles in The Journal of Religion, The Scottish Journal of Theology, Calvin Theological Journal, and Concordia Theological Journal, as well as chapters in other volumes.