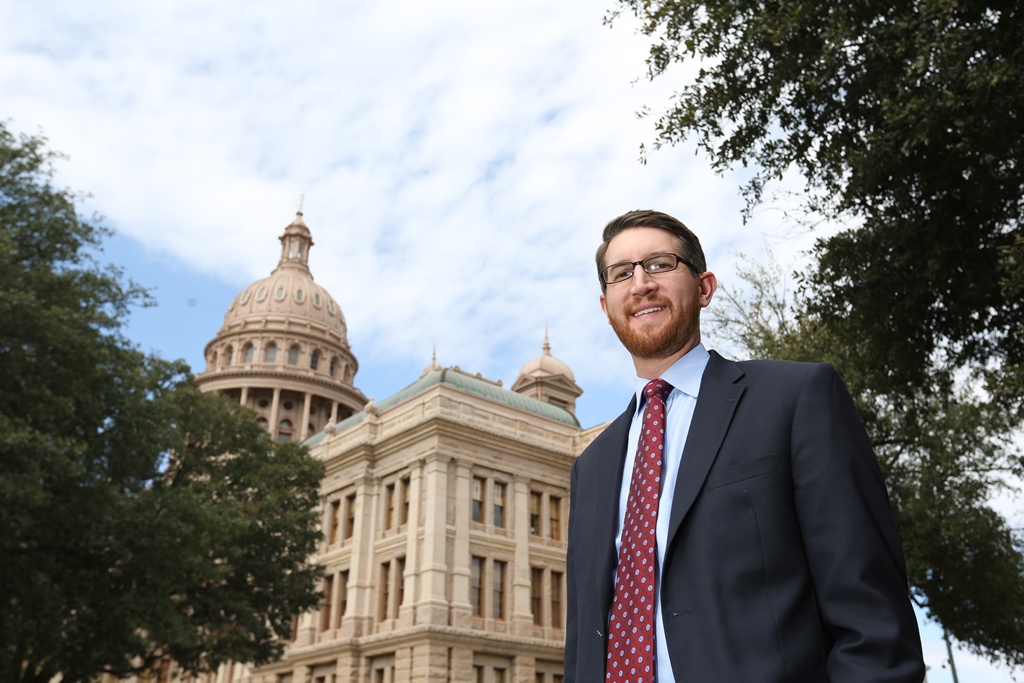 He was looking for the hungry and for the helpers.

As the founder and inaugural director of the Texas Hunger Initiative, Everett took to the road to map out the challenge ahead of him, quite literally. That challenge in 2009 took the shape of 5.5 million people in Texas without reliable access to nutritious food, called “food insecurity.” At the time, one in four children experienced food insecurity.

The Texas Hunger Initiative is affiliated with Baylor University’s Diana R. Garland School of Social Work and partners with federal, state and local agencies to develop and implement strategies to combat hunger. This month, it celebrates its 10th anniversary.

The organization has grown a lot in the past decade. It now employs 45 staff members and interns in six regional offices in Dallas, Austin, Houston, Lubbock, McAllen and San Angelo, in addition to its Waco operation. The initiative also has 38 research staff fellows who conduct the research and evaluations that support its work.

In 10 years, Texas Hunger Initiative has seen an increase of 100 million additional meals for Texas children and reduced food insecurity numbers by a million people, Everett said. It has also raised more than $30 million in mostly grant funding to support its work.

“This is an issue that’s been around for hundreds of years,” he said. “As much as we’ve done, it’s a drop in the bucket.”

“The Texas Hunger Initiative is a great example of how public-private partnerships can help Texans in need,” Cornyn said in a statement. “Unfortunately, millions of Texans suffer from hunger and food insecurity, but thankfully THI is facing this problem head on to ensure support is efficiently coordinated and focused on the families and individuals who need it most.”

Jon Singletary, dean of the Baylor’s School of Social Work, approached Everett about taking the executive director job for the hunger initiative, and Everett jumped at the chance. He liked the discussions they had and thought the idea of the hunger initiative was right on target, he said.

Before Texas Hunger Initiative, Everett worked for international and community development organizations as a teacher, religious leader, community organizer and organic farmer. He earned a bachelor’s degree from Samford University in Alabama and a Master of Divinity from Baylor.

Now, he has written a book, called “I Was Hungry: Cultivating Common Ground to End an American Crisis,” that assesses the country’s hunger crisis and offers a strategy to address it. It will be available Aug. 20.
For the first two years of the initiative, Everett traveled from county to county, locating food pantries, congregations and other organizations working to address food insecurity in their communities. He identified the organizations that could provide the most assistance and worked with them to create a “blueprint to end hunger,” he said.

“We joked that we probably should have started the Rhode Island Hunger Initiative first,” Everett said with a chuckle, recalling the two years he spent crisscrossing the state.

But Everett knew he had to immerse himself in the issue and learn as much as possible from the experts to understand how he could build the bridges that would allow organizations across the state to work together to fight hunger. Through this work, Texas Hunger Initiative created a county-by-county analysis of food insecurity and the federal benefits available to help alleviate the hunger problem in each county. It still uses the tool today.

Shockingly, Everett and his team found that billions of dollars of available food assistance was going unused. One year, only $9 billion out of $15 billion in available money was being used to help the hungry. Communities and organizations simply did not know the money was available or how to use it.

So, the organization went to organizations in each county and told them their local food insecurity rates and the amount of available money they were not using.

The initiative also discovered one in 10 grocery store jobs is the result of food assistance programs like the Supplemental Nutrition Assistance Program. Everett said he jokes with his economist friends that this is “trickle-up economics” because money for low-income families actually creates jobs.

Everett’s team also learned that just half of all students eligible to receive free breakfast at school were eating that food. They found that a simple change to the location of breakfast service from the cafeteria to the classroom dramatically increases participation, as well as grades.

That is the kind of work Craig Nash does these days as the regional manager for the initiative’s child hunger outreach division. He works in the Greater Waco area to expand access to child hunger programs, collaborating mostly with school districts, churches and nonprofits.
The organizations know the community well but often do not have the expertise of running a food service program, Nash said. He helps them establish meal programs and find the best sites to serve food to children, including during the summer.

“I use my community connections to find volunteers for those sites,” he said. “That’s really what this role is. I’m a connector.”

Nash inadvertently helped connect two families in the Bellmead area. While helping La Vega ISD set up its summer food service program, he met the families during a visit to one of the district’s sites. He started asking them questions about how they liked the program, and both families extolled its virtues. He assumed they knew each other from school, but it turned out they had met through the summer meal program and now helped each other out whenever they could, sometimes babysitting for one another.

“That’s a really good example of a meal program doing more than it was intended to do,” he said.

Jenny Eyer, interim managing director for the North Texas office of Children at Risk, started working with Texas Hunger Initiative six years ago. Children at Risk is a nonpartisan research and advocacy nonprofit dedicated to improving the lives of children.

Eyer, who also is the director of the nonprofit’s Center of Child Health Research Policy, said Children at Risk has worked extensively with Texas Hunger Initiative since its inception to pass legislation to serve free breakfast to all students and ensure that schools take advantage of that legislation. She has worked with all seven of the initiative’s regional offices.

“We’ve been able to really increase access to food for kids across the state,” she said. “Our relationship with the Texas Hunger Initiative is extremely important. We use their offices across the state to learn from and partner with on local levels.”

The reach of the Texas Hunger Initiative offices help her work with districts on strategies tailored to their needs, she said.

In the Greater Waco area, about 13,314 students ate free school breakfast in 2016, but 11,400 who were eligible did not. That summer, 3,761 ate free meals coordinated by school districts, but another 21,000 were eligible, according to Texas Hunger Initiative research.
Also, residents in the region left $32.9 million in SNAP benefits unused, and left about $6 million that could have paid for after-school meals untouched, compared to $491,971 that was used, according to the organization.

So Texas Hunger Initiative is far from done. Everett said the organization is evaluating its decade of work and examining the data to determine how to expand its efforts. The goal is to have a hunger initiative in all 254 counties.

“It has been a labor of love,” Everett said. “When I started this work, my hope was maybe one day we would have 18 to 20 people and a $1 million budget. I had no idea that my dream wasn’t big enough.”

He said he will be sure to dream bigger for the next decade.
Are you looking for more News?
All NewsArchives

Baylor Collaboration on Hunger and Poverty