Below you'll find information on our keynote speakers. 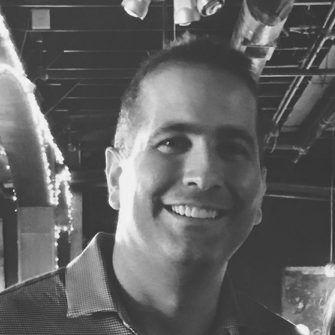 Alan Cohen is the President & CEO of the Child Poverty Action Lab (CPAL).  He is a seasoned executive leader with demonstrated success applying business strategies and entrepreneurial spirit to complex problems faced by government, private, and non-profit organizations. He is known for his work at the Dallas Independent School District (DISD), Cohen was the architect of DISD's nationally recognized early childhood education strategy.  He has also held roles as the President & CEO of Washington's statewide public-private partnership for early learning and as a key member of the startup team that launched the Commit Partnership in Dallas. 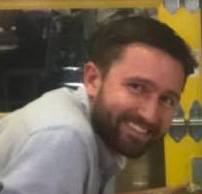 John Garland has been the pastor of the San Antonio Mennonite Church for the last 3 years and before that the pastor of the Iglesia Menonita Buenas Nuevas in the Rio Grande Valley for 10 years. He has always worked as a bi-vocational pastor (he has been a public school teacher, directed the nutrition program for a school district, and operated a vegetable farm).  In San Antonio, his church transformed an 8-bedroom house into a hospitality center for stranded migrants in the city center--as well as a network of their own homes--to offer healing hospitality to the vulnerable asylum-seekers stranded downtown. The stories, relationships, and learnings that ensued over these years of hospitality have led to a new trauma-healing initiative, Semillas, that intends to move from healing hospitality to equipping hospitality: giving the most vulnerable the resources to be the trauma-healers of their communities. 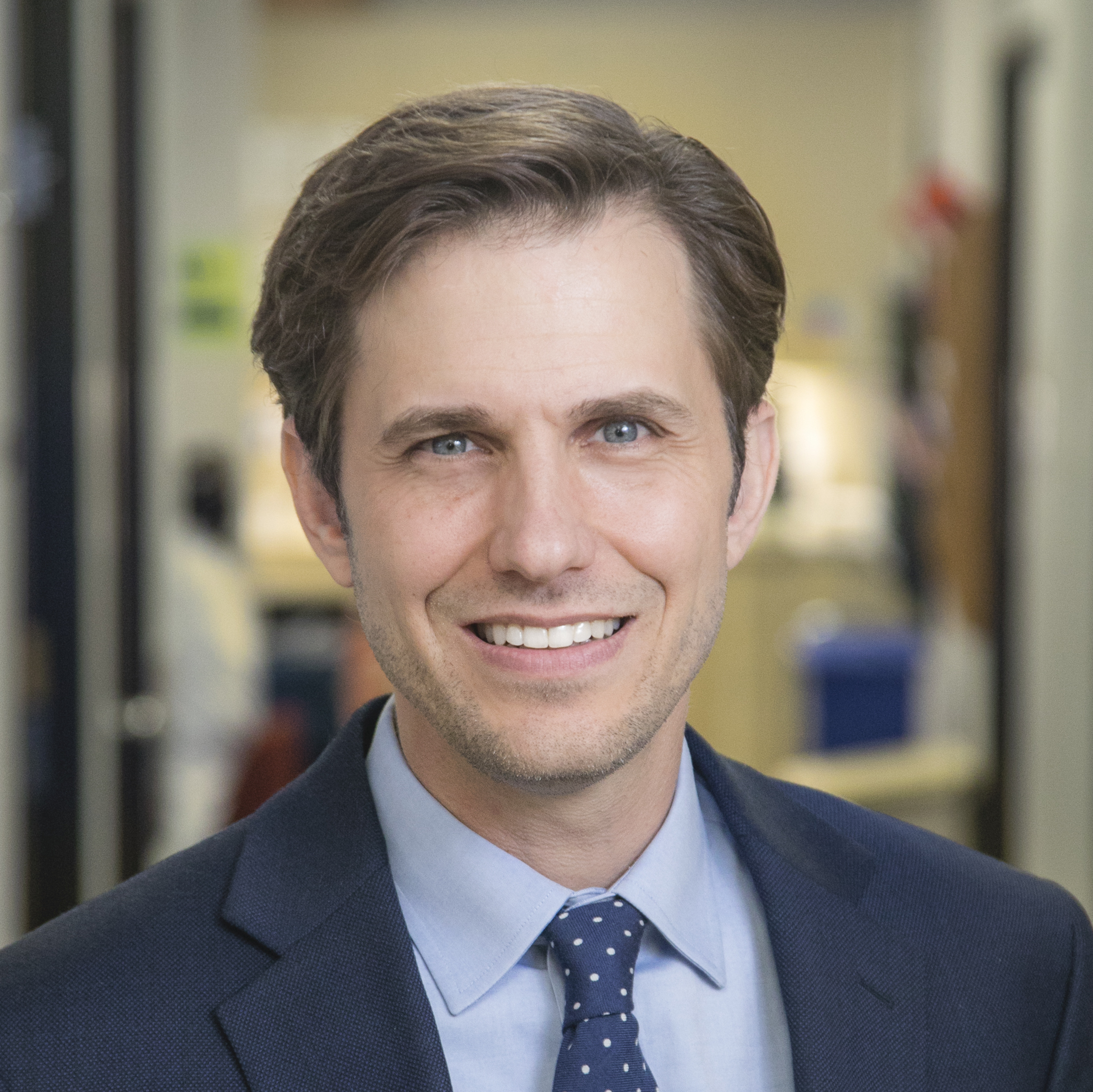 Jackson Griggs is the Chief Executive Officer of Heart of Texas Community Health Center, a fifteen-site federally-qualified health center serving 60,000 patients in Central Texas. Dr. Griggs is a family physician who has practiced medicine for fifteen years, focusing on families living in poverty. Before executive leadership, he trained over 150 resident physicians while on faculty of the Waco Family Medicine Residency Program. He is an active researcher and has published over 20 manuscripts on topics of primary care, population health and mental illness. Leveraging his background in graduate medical education, Dr. Griggs serves as President of the McLennan County Medical Education and Research Foundation, which operates a family medicine residency program and sports medicine fellowship. 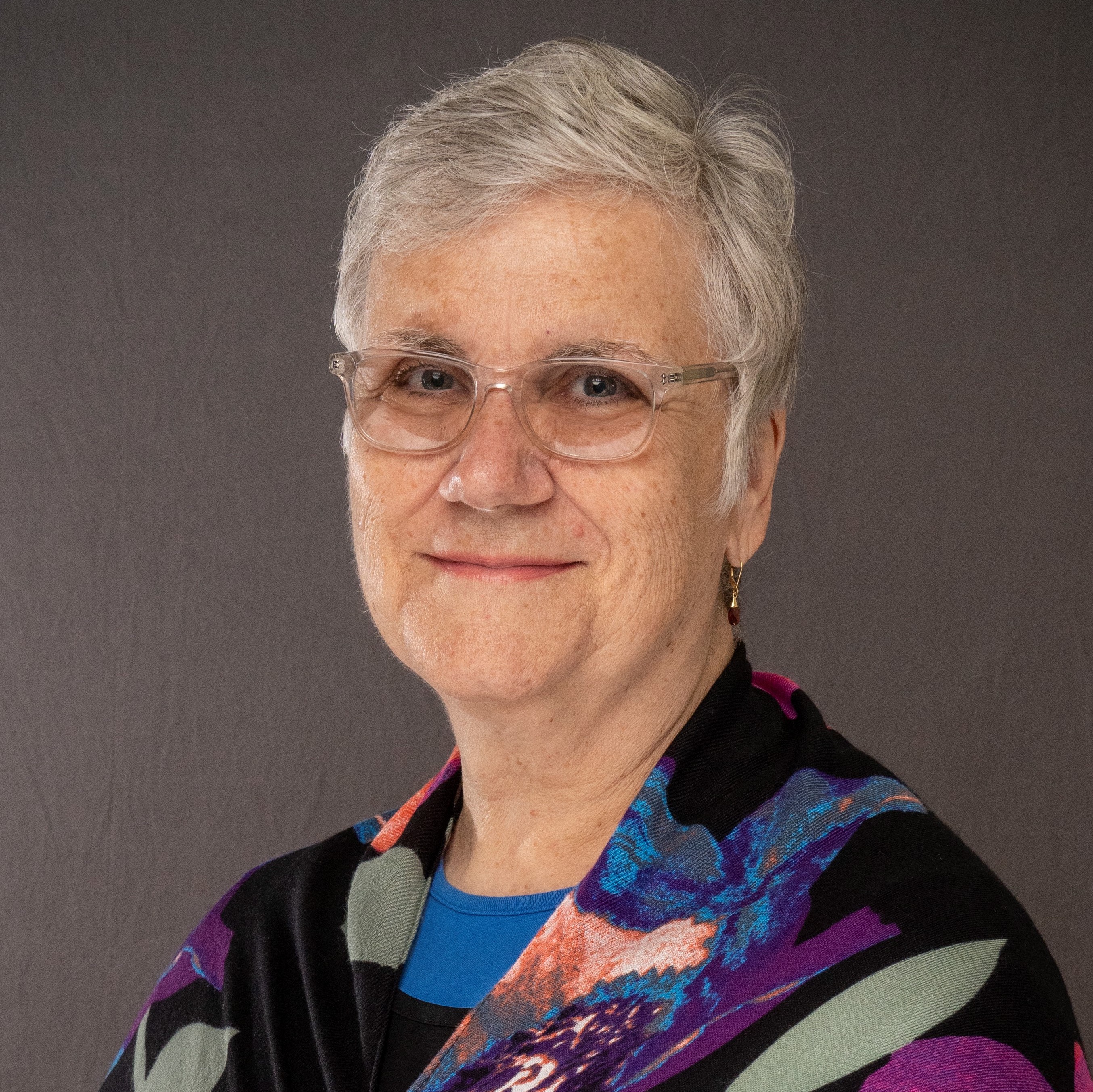 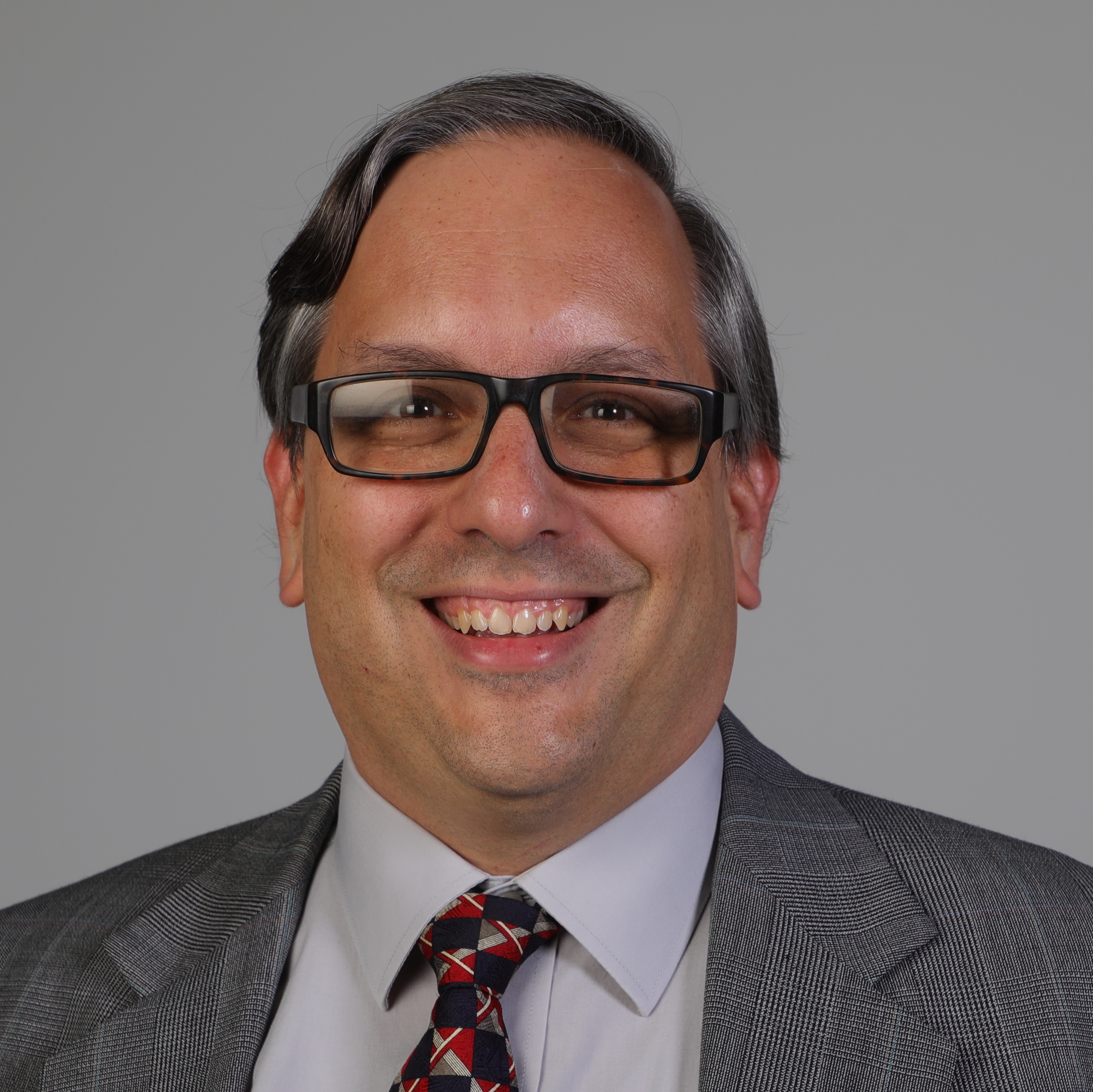 Victor J. Hinojosa is Associate Professor of Political Science in the Honors Program at Baylor University where he teaches courses in Political Science, the Honors Program, and in the Baylor Interdisciplinary Core. Dr. Hinojosa currently directs the Baylor Migration Project, a social innovation laboratory at Baylor University that is bringing together an interdisciplinary team of faculty and students to address the challenges of child migration from Mexico and the Northern Triangle of Central America (Guatemala, Honduras and El Salvador). In collaboration with the Texas Hunger Initiative, Mennonite Central Committee, and others Dr. Hinojosa and his students are working to design interventions into this challenging humanitarian crisis. 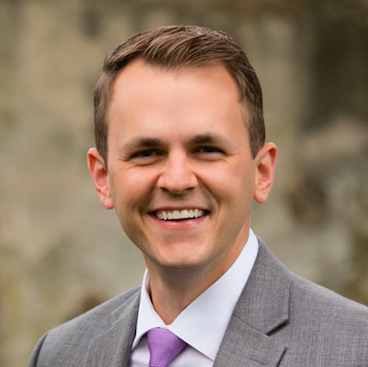 Michael Hole is physician, professor, researcher, author, and entrepreneur at the University of Texas at Austin, where he is joint faculty at Dell Medical School and the LBJ School of Public Affairs. Dr. Hole is an Assistant Professor of Pediatrics, Population Health, and Public Policy, as well as Founder and Managing Partner at Opportunity Ventures, a portfolio of companies fighting poverty, homelessness, recidivism, social isolation, unsafe childcare, and other nonmedical drivers of health. Dr. Hole is a “street pediatrician” onboard Children’s Health Express, a mobile medical clinic serving Greater Austin’s hardest-to-reach, high-risk families and street youths. He teaches “Solutions for America’s Children in Poverty,” an annual, graduate-level course on human-centered design and entrepreneurship for students studying medicine, business, social work, policy, nursing, architecture, engineering, and law. Dr. Hole started his career as a social work case manager fighting child trafficking in middle America before leading international development campaigns to help fund a primary school in Uganda, an orphanage for disabled children abandoned during Haiti’s 2010 earthquake, and a new food product serving 50,000 malnourished youths yearly. Forbes Magazine named him to its “30 Under 30” list after starting StreetCred, a national nonprofit helping low-income families file taxes and build wealth while they wait in doctors’ offices. 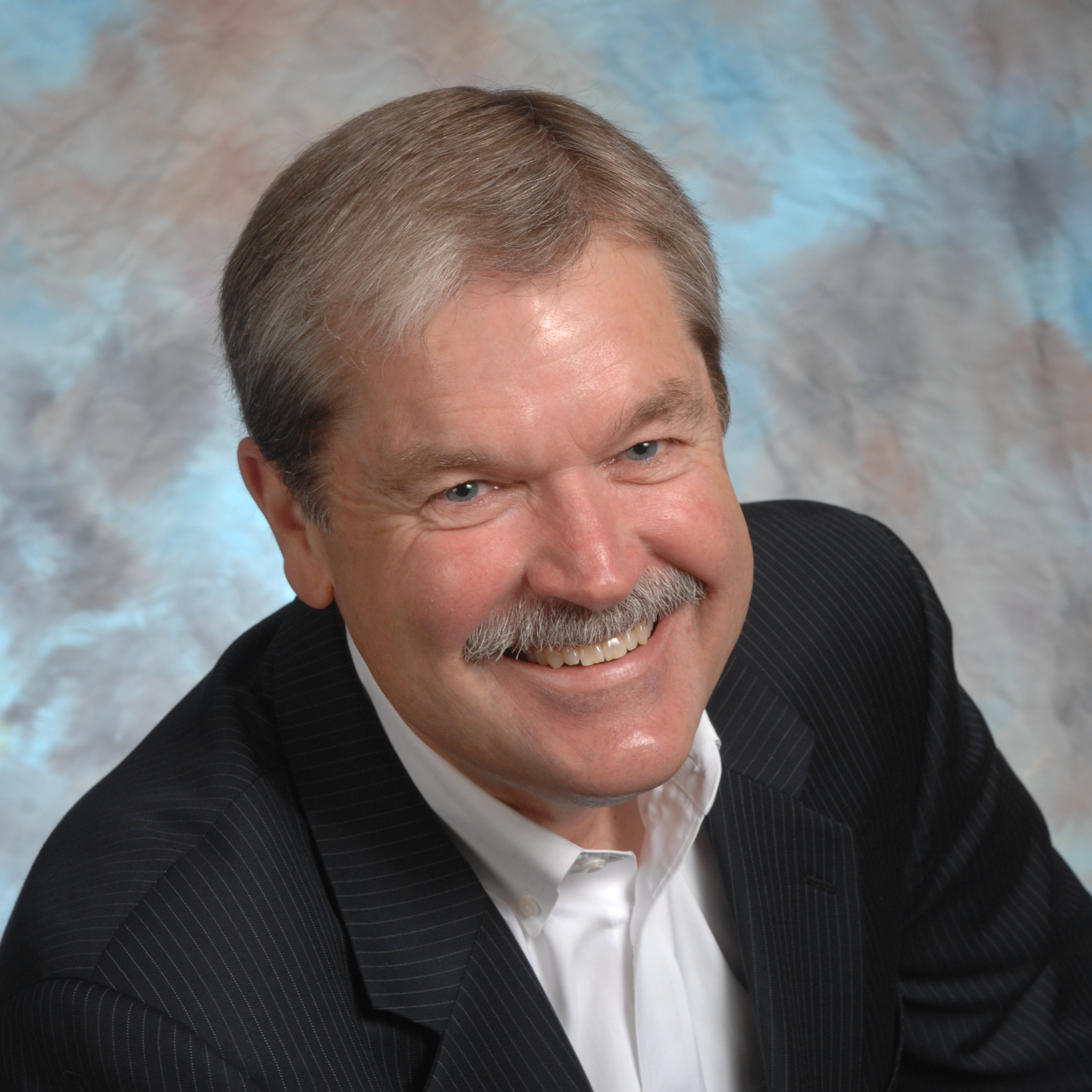 Larry James has provided executive leadership since joining CitySquare in 1994. Known in the Dallas faith, business and media communities as a social entrepreneur and committed servant to the people of East and South Dallas, Larry came to CitySquare after serving 14 years as senior minister with the Richardson East Church of Christ in Richardson, Texas. He is a graduate of Harding University (BA 1972), Harding University Graduate School of Religion (MA 1973), New Orleans Baptist Theological Seminary (MDiv 1977) and Tulane University (MA—American History 1986). His first full-length book, The Wealth of the Poor, was published by Leafwood Publishers in 2013. Larry spent eight months in 1998 as executive director for the Greater Dallas Community of Churches but returned to CitySquare with a renewed clarity that his place was with the people of Dallas’ inner-city community. Since 1999, Larry and wife, Brenda, have made their home in the inner city and have been active members of First United Methodist Church-Dallas. He currently serves the church in a dual appointment to CitySquare and Highland Park United Methodist Church. 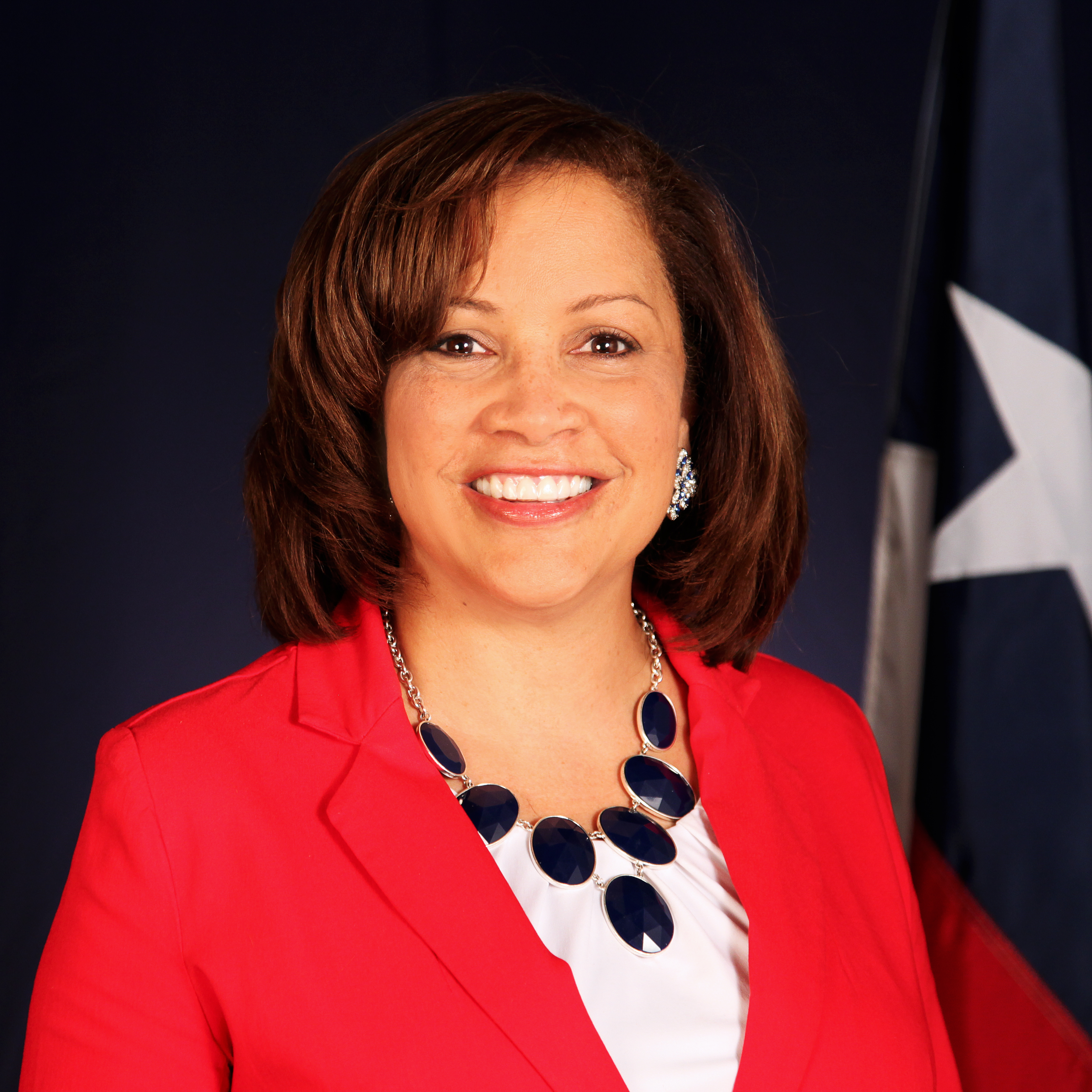 As Assistant Commissioner for the Texas Department of Agriculture, Angela Olige is part of Commissioner Miller’s executive team. She oversees the Food and Nutrition Division and has administrative oversight for the operations, policy development, strategic planning and financial management of 12 federal nutrition programs with a budget of more than $2.8 billion in Texas. These programs have an impact on the state’s public, private-nonprofit, and charter schools as well as numerous residential child care institutions, food banks, and other community and faith-based organizations. This position affords Angela the opportunity to engage in the endeavors she finds most rewarding — instituting and managing the kinds of effective change and transitions that not only help those in need but also lead people to discover their hidden talents, abilities and skills.

Angela received her Bachelor of Science in Accounting from the University of Houston-Clear Lake. Angela first ventured into the public sector at the local level in 1984. She honed her accounting and managerial skills in accounting offices of Texas school districts in La Marque and Houston, adding food and nutrition to the mix while working in Las Vegas, Nevada for the Clark County School District. Angela started her state service in 2005 with the Texas Department of Agriculture.

Angela resides in Georgetown, Texas. She is the proud wife of Rick Olige, a distinguished army veteran and ministering elder and has been blessed to mother three daughters and two sons. She is an extremely proud grandmother of five grandsons and five granddaughters. 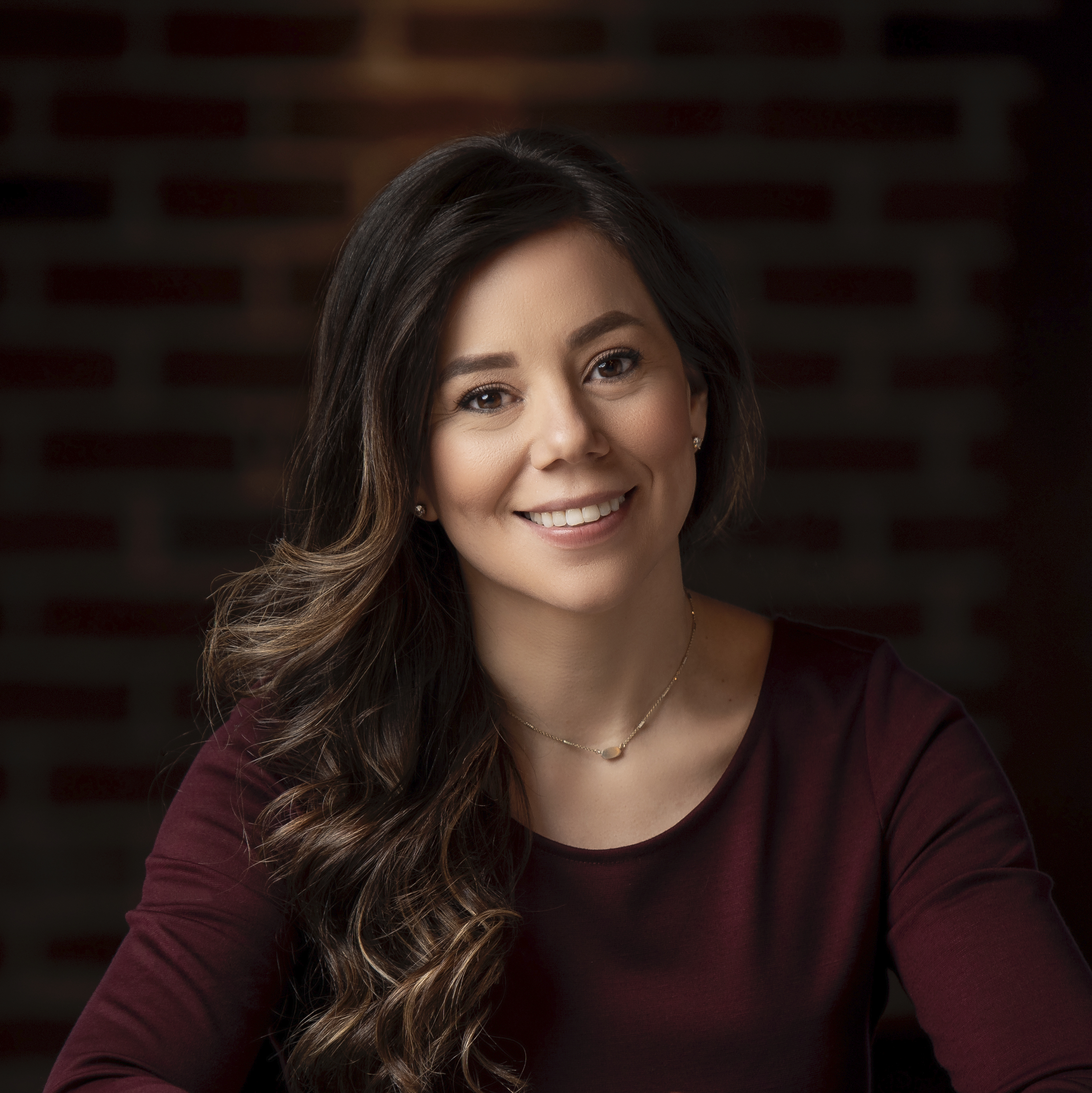 Cristal Retana was elected to the Farmers Branch City Council May of 2019. She has been involved in government and community affairs professionally for almost a decade serving in various elected offices both on the state and local levels. She joined Children’s Health in January of 2018 as the Manager of Government and Community Relations where she oversees community relations efforts on behalf of the hospital with a focus on advocacy on the municipal and county. Most recently, she was chief of staff to Dallas City Councilmember Adam McGough of Lake Highlands (Dallas). Her key roles included policy research and project management with a focus in public safety, transportation, planning/zoning, and quality of life. Cristal is a first-generation Texan; her parents are immigrants of Mexico, and she is one of six children. She spent her childhood in Dallas, specifically in Farmers Branch. After graduation, she became a Pioneer, attending the University of Texas Women’s University, where she earned a Bachelor of Science in Chemistry and Government. During her senior year, she was selected as a Luna Scholars Fellows, a competitive program allowing students the opportunity to work in a Texas Senate office during the legislative session in Austin. Cristal was one of twelve students selected and there began her career in public policy. Since her first staff position in the office of Senator Jeff Wentworth, Cristal has held several roles in the political and legal profession. She excelled to become Chief of Staff for a Dallas area State Representative, and at that time was one of the youngest Chiefs of Staff in the House. 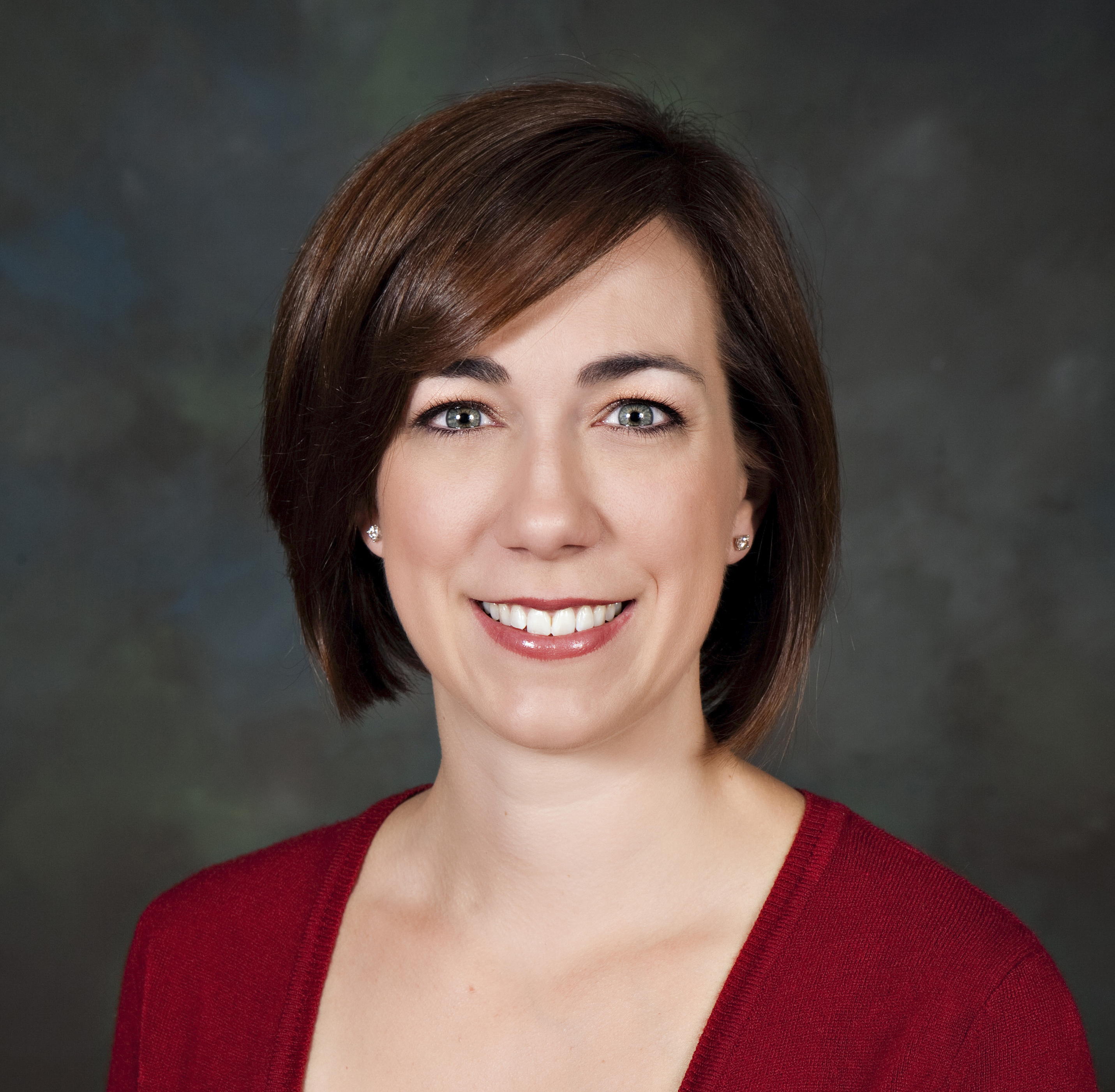 Valerie Borum Smith MD, FAAP is a pediatrician at St. Paul Children’s Foundation in Tyler, Texas where she leads the Community-Centered Health Home Initiative.  She is a graduate of the University of Texas Southwestern Medical School and completed her residency at Arkansas Children’s Hospital. Dr. Smith chairs the Smith County Food Security Council and serves on the Fit City Tyler Steering committee and the board of the East Texas Food Bank.  Her current work focuses on coalition building and implementing organizational and systems-level changes in healthcare to address food insecurity. She is also co-chair of the Texas Pediatric Society Foster Care Committee and serves on the TPS Executive Legislative Committee and Board of Directors as well as the Texas Medical Association Council on Science and Public Health. She is active in pediatric health advocacy, regularly testifies for the Texas legislature and authors editorials for the Dallas Morning News.  She is the recipient of the 2019 W.T. “Doc” Ballard Award for Excellence in Public Health, the TPS Executive Board Award and the AAP Chapter Excellence Award. 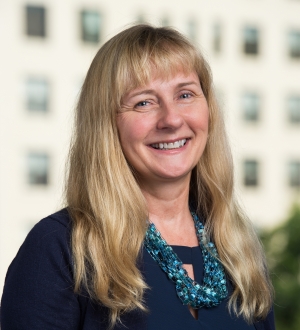 Elaine Waxman is a senior fellow in the Income and Benefits Policy Center at the Urban Institute.  Her expertise includes food insecurity, nutrition, the food assistance safety net and social determinants of health disparities, as well as broader issues affecting low-income families and communities.  Waxman is part of the leadership team coordinating the Institute’s From Safety Net to Solid Ground initiative and also co-directs the Institute’s cross-center initiative on the social determinants of health. Prior to joining the Institute, Waxman served for six years as the Vice President of Research and Nutrition at Feeding America, where she oversaw research on food insecurity and nutrition, federal nutrition programs, the intersection of hunger and health, and the circumstances and experiences of individuals seeking charitable food assistance.  She has co-authored numerous research and policy reports and articles in scholarly journals, including Applied Economics Perspectives and Policy, American Journal of Public Health, Health Affairs, Social Service Review, Journal of Hunger and Environmental Nutrition, Journal of Family and Economic Issues, and Journal of Food Law and Policy. She received her MPP and Ph.D. from the University of Chicago, where she is currently a lecturer at the School of Social Service Administration. 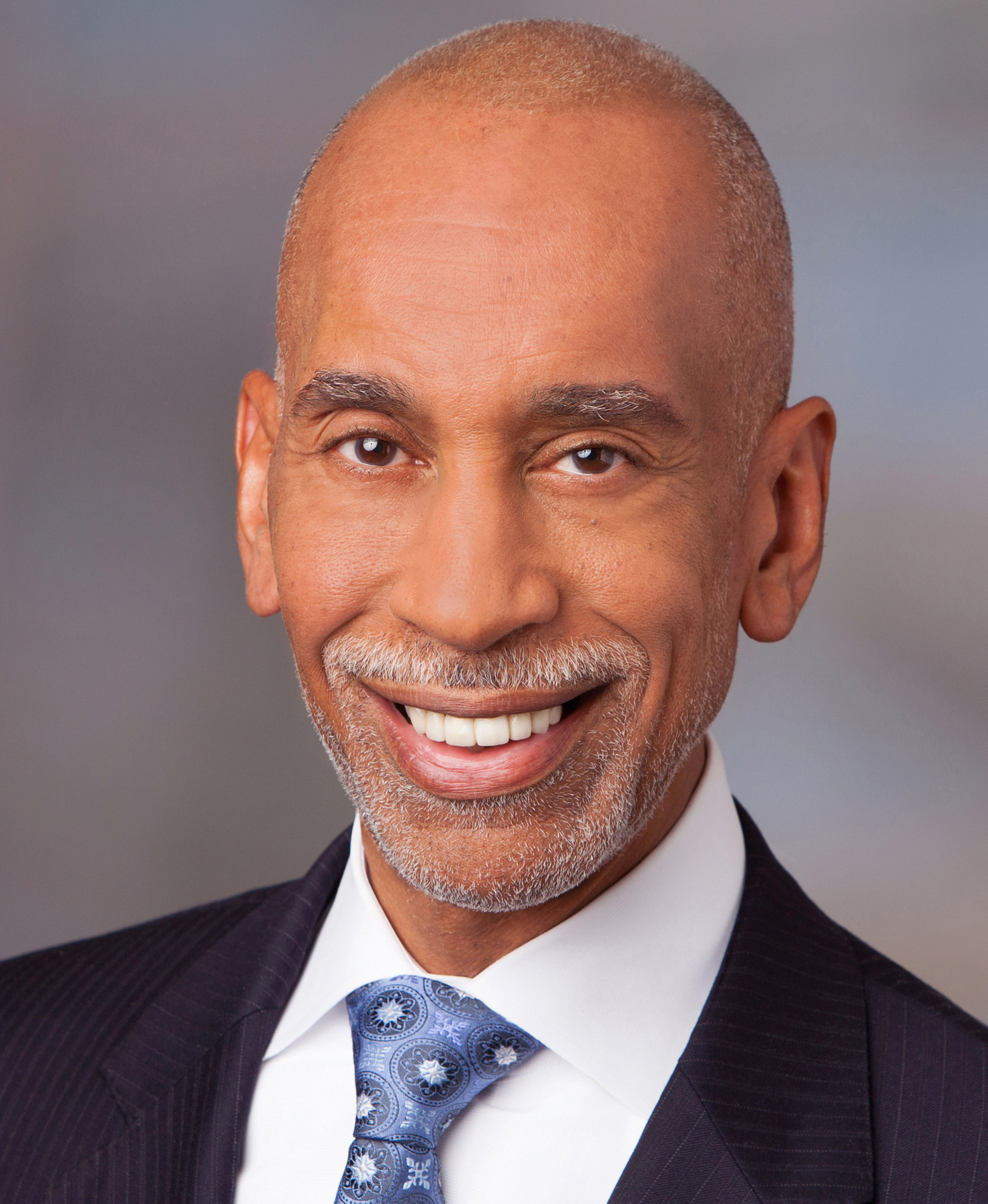 Donald E. Wesson, MD, MBA, FACP, FASN, currently serves as President of the Baylor Scott & White Health and Wellness Center at Juanita J. Craft Recreation Center, as well as Senior Vice President of Baylor Scott & White Weight Management Services. In this role, Dr. Wesson is an advocate for improving the health of communities through focused, data-driven population health initiatives. Dr. Wesson is a thought-leader in academic medicine and an internationally recognized researcher in kidney acidifying mechanisms. He has translated his basic science studies to clinical studies examining the role of nutrition in population health and the kidney-protective benefit of nutrition. He has authored more than 80 peer-reviewed scientific papers regarding kidney physiology, more than a dozen books about kidney disease and hypertension, and many other papers on cigarette smoking and its effects on kidneys. Previously he was Professor of Medicine and Vice Dean of Texas A&M University College of Medicine in Temple, Texas. His academic career includes roles as the S.C. Arnett Professor of Medicine and Chairman of the Department of Internal Medicine and Physiology at Texas Tech University Health Sciences Center; Associate Professor of Medicine at Baylor College of Medicine, where he was Assistant Chief of the Nephrology Section at the Houston VA Hospital. He has received multiple teaching awards while at Baylor College of Medicine and Texas Tech University Health Sciences Center.

Baylor Collaborative on Hunger and Poverty