The Baylor Departments of History, Political Science, Sociology, Religion, Modern Languages & Cultures along with the Keston Center for Religion, Politics, and Society, and the Phi Beta Kappa Honor Society invite you to a conversation with Baylor alumnus Dr. Artyom Tonoyan 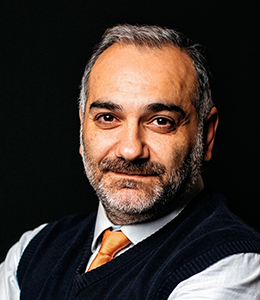 Tuesday, February 22, 2022 • 4:30 p.m.
Cashion Academic Center, Room 501
A reception and book signing will follow the conversation and Q&A.
This event is free and open to the public

The region of Nagorno-Karabakh, a "mountainous black garden" located along the border of modern-day Armenia and Azerbaijan in the South Caucasus, has been disputed territory for centuries. In 1988, fresh conflict arose. In fact, the fate of Nagorno-Karabakh, a region inside Azerbaijan’s borders populated mainly by Armenians, is at the heart of the longest-running conflict in post-Soviet lands. Tensions over Nagorno-Karabakh have repeatedly escalated into war, most recently in 2020, drawing the attention of Russia, Turkey, the European Union, China, and the United States. The Soviet and Russian press covered this conflict comprehensively; Dr. Tonoyan presents a volume of curated, translated Soviet and Russian reportage (1988-present) that carefully explores its geographic, social, economic, and political elements to help English-speaking audiences comprehend the central issues at stake.

During this session, Dr. Stephen Gardner will interview Dr. Tonoyan about his recent publication and how it informs the current state of the conflict in the region. The conversation will be followed by a period of audience Q&A and a reception. Dr. Tonoyan will have a few copies of his book available for purchase and signing.