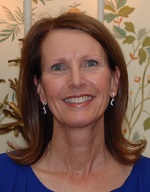 My research interests include the political activities of Lady Anne Blunt, her efforts in the late nineteenth century to encourage Britain to support Egyptian independence, and her consistent support for the Egyptian revolutionaries and their cause. I am also interested in the interaction between British diplomats and officials and the Egyptian intellectual and governing classes.

A different area of research is the political economy of the horse trade between the Arab world and South Asia.

Most of my life has centered around horses, which fortunately evolved into a career for the first two-plus decades of my professional life.  My parents (as well as aunts, uncles, and cousins) both graduated from Baylor and inspired me to attend Baylor as well. The two decades between my undergraduate and graduate programs included marriage, family, and a career in the equine business with international contacts and travel. These opportunities to travel widely, especially in the Middle East and Egypt, sparked a lifelong interest in the region, its people, and its culture.