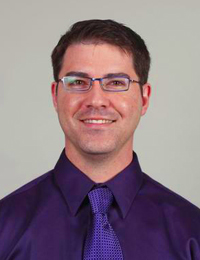 Mondays, Wednesdays, and Fridays from 10:10-11am, and by appointment.

Dr. Morera is an enthusiastic teacher who wants his students to acquire not only content knowledge, but also an appreciation for history and research. He has broad academic interests, including World History, Spanish History, ritual and ceremony, gender, and performativity. His research primarily focuses on social and cultural history, although it incorporates discussions and methods from a variety of other fields and disciplines, including art history, psychology, gender theory, and economic history. His dissertation (Cities and Sovereigns: Ceremonial Receptions of Iberia as Viewed from Below, 1350-1550) provides a reassessment of the relationship between cities and sovereigns, as seen through the lens of ceremonial receptions of royalty. Rather than approach these ceremonies from the traditional perspective of royal "propaganda", this project views them from below. By employing cost-benefit analysis, along with copious data from a dozen municipal archives (as a corrective to royally-sponsored narrative chronicles), the study is able to assess what ceremonial receptions meant to the cities and their hinterlands in terms of economic realities, administrative capacity, social impact, and micro-politics. The new dynamic model of the city-sovereign relationship it advances has implications for the colonial and dynastic projects in Europe and Early America.

Currently revising Cities and Sovereigns: Ceremonial Receptions of Iberia as Viewed from Below, 1350-1550 for publication as his first book.