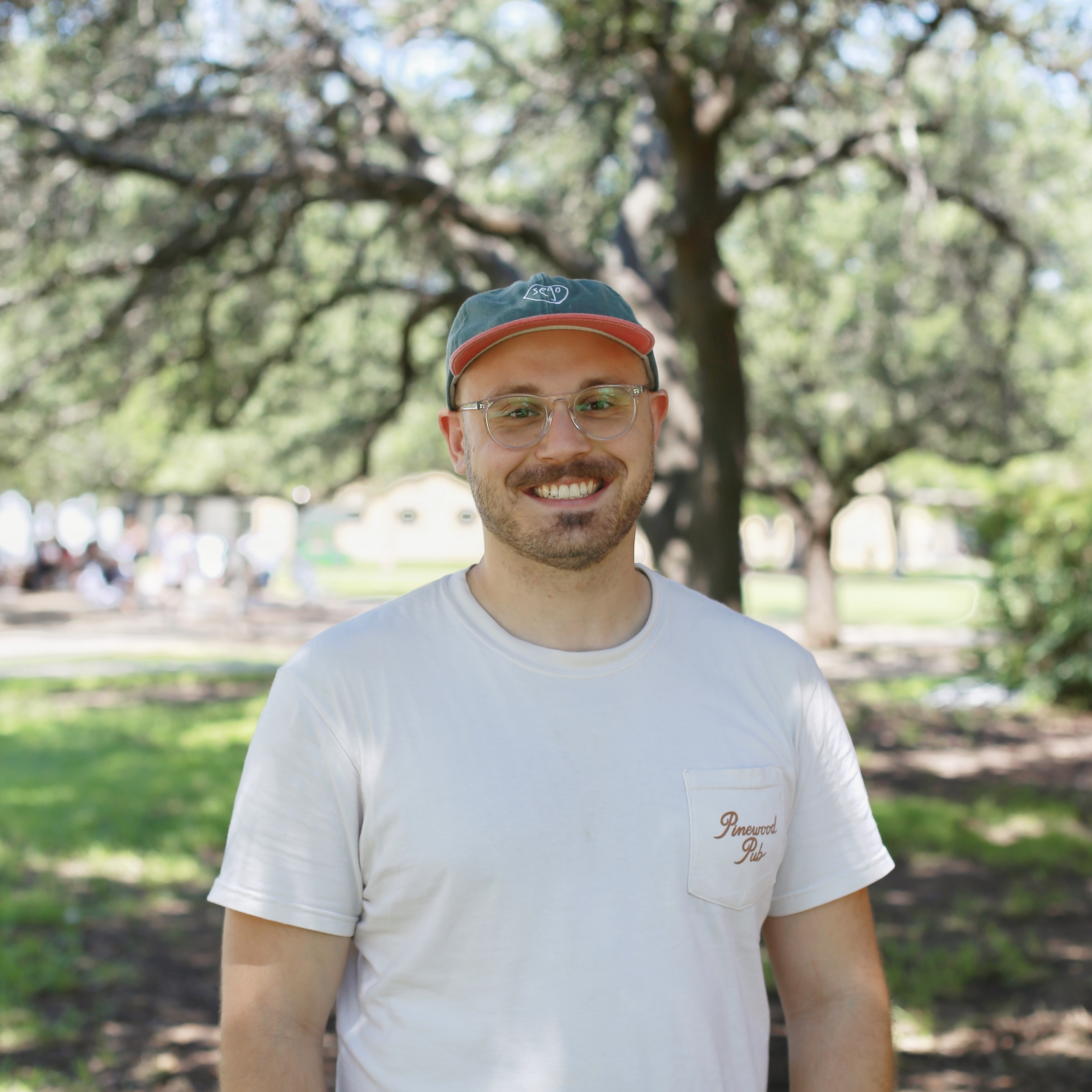 We met up with Nick Wagner, a fourth-year Ph.D. Candidate in Geosciences, to talk with him about his ongoing research—Mars research. That's right, Nick's geoscience research is quite literally out of this world. One of Nick's primary goals is to continue developing a field called comparative planetology. Nick is able to interact with and accomplish cutting-edge planetary science research because of his network and resources at Baylor.

Why did you choose to attend Baylor for Graduate School?
I chose Baylor because of the research my advisor, Peter James, is involved in. His expertise in my field is really valuable considering his involvement with multiple NASA missions and cutting-edge planetary science research. His connections really opened up my ability to network with relevant scientists at other top-tier Universities and NASA labs.

What are your research interests?
My research interests are really broad. I'm interested in using geophysical data and geodynamic models to simulate and predict the interior processes of Mars with the surficial features we see. In almost all my projects I simulate how the upper 100km of Mars deforms and bends in response to volcanoes, ice caps, and impacts. It's really amazing how varied and complex these interactions can be. Also, they have direct implications for how Mars has evolved over time and can give us insight into how other planets and moons have formed. One project of mine involves modeling how the lithosphere of Mars responds to its polar caps. The polar ice caps of Mars grow and shrink on a seasonal basis and therefore generate a time-variable load on the surface of the planet. I use measurements of the height change of the polar caps to calculate how much the surface of Mars deforms.

What opportunities or implications stem from your research?
My research has implications for how planets evolve over time with respect to the crust and lithosphere. In a way, Mars is a case study for how a planet of its size will evolve geologically and thermally over time. Planets cool over time and this cooling affects how the planet responds to geologic processes, such as lithospheric flexure and asteroid impacts. I'm hoping these studies will allow me to study other planets and moons to develop a field called comparative planetology. There's an endless number of questions pertaining to why we see different things on different planets and using other planets to study them is one way to get at those questions.

With regards to my polar cap deformation modeling, it has direct implications for surface height changes we already see in altimetry data. It also provides motivation for new and better missions to measure height changes to determine what the present-day properties of the Martian interior are.

What research excites you right now?
Numerical models that simulate how magma is transported in the crust really excite me right now. In essence, it simulates how you get magma to rise to the surface and erupt on a planet based on a whole plethora of different parameters that I can tweak like a knob on a board. It's really fun to see how small, seemingly insignificant, changes in certain properties of a planet can change the eruption style of a magma entirely.

How does Baylor help you achieve your research?
My advisor is amazing in regard to pursuing constructive and cutting-edge questions in planetary science. He also has a great professional network and I've benefited from that by interning at NASA and being involved with think tanks related to planetary mission design. The computational resources of my lab and the school have helped a lot as well. My research consists of running computer simulations and needs a lot of computational resources. Fortunately, Baylor itself has an HPC called Kodiak that I've been using, and our geophysics lab has a cluster that I've been using as well to run my code.

What is your dissertation about?
I'm interested in using geophysical data and geodynamic models to explain different geologic phenomena we see on Mars. I'm trying to predict how the crust bends and deforms on a yearly basis on how the Martian polar caps grow and shrink. I'm also modeling how rising magma in the crust will be deflected in response to some of the volcanoes we see on the surface. Another interest of mine is studying the interior of the largest impact basin on Mars, Hellas Planitia, using gravity data. All of these projects come together in seeing how the lithosphere of Mars has changed and deformed over time.