Russ Browder graduated from Oklahoma Baptist University with a Bachelor of Arts degree in Communications. He also received a Master of Divinity in global missions from Baylor’s Truett Seminary and an International M.B.A. from IE Business School in Madrid, Spain as a Fulbright scholar. He received his Ph.D. in entrepreneurship from Baylor University in 2020, and his academic interests include commercialization of innovation and technology start-ups in emerging markets. During his 16 years of industry experience prior to pursuing a Ph.D., Russ served as a global marketing leader in health IT for GE Healthcare, in medical devices for St. Jude Medical (now Abbott), and in development with an international medical missions agency. Email Russ. 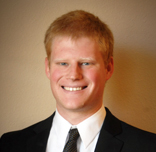 Joshua Pittman graduated with a BA in English and history from Campbell University and with an MA in English from East Carolina University. At Baylor, he studies medieval literature and is in the religion and literature track. His dissertation uses the phenomenology of Jean-Luc Marion to explain why violence and peace are interdependent in the Middle English Brut. His work on the Pearl manuscript appears in the winter 2019 issue of Renascence. Less professionally, he is involved in translation projects (including St. Athanasius' On the Incarnation) for churches in non-English-speaking countries. He and his wife Krysta have a son, Elijah. Email Joshua.

Rebecca Poe Hays graduated from Union University summa cum laude with a B.A. in English Literature and a minor in Biblical Languages. She then completed a M.Div. at Samford University and is currently pursuing her PhD in Hebrew Bible/Old Testament at Baylor University with an anticipated graduation in 2018. Rebecca’s primary research interests involve Old Testament parables and the rhetorical function of story in the Psalter. She has served in churches and non-profits in Tennessee, Alabama, and Texas and as the Associate Editor of the journal Perspectives in Religious Studies. Rebecca’s husband, Joshua, works as a researcher for Baylor’s Institute for Studies of Religion. Email Rebecca. 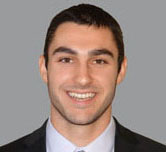 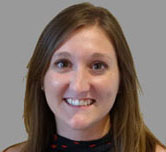 Stephanie Peek completed her Masters in Divinity degree at Truett Seminary in spring 2012 and is currently pursuing her Ph.D. degree in religion at Baylor. Stephanie graduated from Southwest Baptist University in 2008 with a double major in Biblical Studies and Psychology. As the daughter of a Baptist preacher Stephanie's family moved several times during her childhood, but she considers Mascoutah, Illinois, as her hometown. While at SBU Stephanie distinguished herself among the faculty and her fellow students by graduating Summa Cum Laude, earning membership in Phi Eta Sigma and Alpha Chi honor organizations, participating in summer mission trips, and, as an SBU Ambassador, represented the President and the University by greeting visitors and hosting major University events. As a long-term goal, Stephanie plans to pursue the teaching of New Testament. 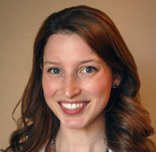 Courtney Bailey Parker completed her M.A. at Baylor University and was a doctoral student in Baylor's Department of English when she served as the 2014-15 Schmeltekopf Fellow. Originally from Newnan, Georgia, she graduated from Mercer University in 2010. Her primary research interests include the literature of the English Renaissance (including Shakespeare) as well as Modern Drama. Courtney is Assistant Professor of English in Greenville College’s Center for Visual Culture and Media Studies (Greenville, Illinois). 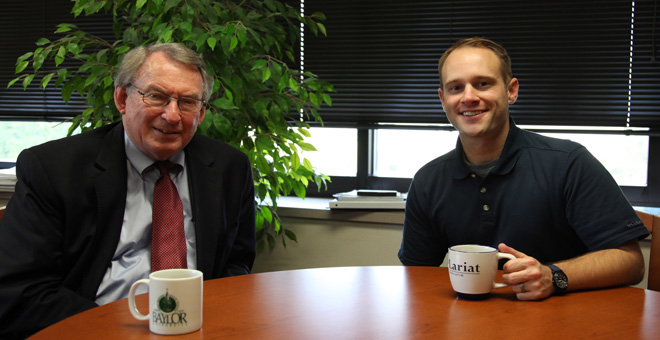 "I am thankful for Dr. Schmeltekopf's vital leadership in fostering the kind of Christian university that Baylor is today - one that strives to maintain top tier research while remaining in the Baptist tradition. His work over the years made it possible for me to enjoy the high quality of training I receive today."