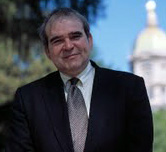 David Solomon is an Associate Professor of Philosophy at the University of Notre Dame. Dr. Solomon received his B.A. from Baylor University in 1964 and his Ph. D. from the University of Texas in 1972. In 2001, he was named the William P. & Hazel B. White Director of the Center for Ethics and Culture at Notre Dame.

I said some years ago of Don Schmeltekopf, in an after dinner talk at Baylor celebrating his remarkable career, that in future years he would be remembered as the most significant figure in the late twentieth century reform of Christian higher education in this country. There were many heroes of this cause, of course, and Baylor had more than its share of them. The contributions of Robert Sloan and those he gathered around him at Baylor. Don, David Jeffry, Larry Lyon, Tommye Lou Davis, Mike Beaty, Tom Hibbs and others quite literally changed the terrain on which the battle about the future of Christian higher education would be fought. While transforming Baylor, these bold and creative thinkers had a significant impact beyond the Baylor campus as well. And no one of them was bolder or more creative than Don Schmeltekopf.

I came to be a close friend and collaborator with Don in the fall of 1992 when I was a visiting faculty member in the philosophy department at Baylor. I had graduated from Baylor in 1964, and, after completing my graduate work in philosophy, had spent my entire career in the philosophy department at the University of Notre Dame. In the early nineties, we at Notre Dame were engaged in our own intense self-scrutiny concerning our understanding of what was required of a university with ambitions to become both a world class research university and a Christian university in more than name only. A number of us had organized a series of lectures, discussion groups, and luncheon conversations under the name, Conversations on the Catholic Character of Notre Dame. At about this same time, Don had become Provost under President Reynolds and was pursuing similar questions as they related to Baylor.

Both Baylor and Notre Dame were responding to a sense shared by many in the world of Christian higher education that the wave of secularization that had earlier in the century swamped many Protestant universities such as Yale, Harvard, the University of Chicago, Vanderbilt and Duke was about to break over the remaining universities among whom Notre Dame and Baylor stood out that had retained significant ties to their founding religious traditions. As different as Baylor and Notre Dame were in many respects, they were brought together by a common enemy and a common plight. 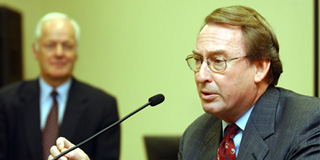 At this time, Don Schmeltekopf emerged as the leading national voice among university administrators rallying others to sane and workable strategies for responding to this threat. He took a leadership role in the Lily Fellows Program, and he was instrumental in reforming faculty hiring procedures at Baylor, in attracting distinguished Christian and Jewish scholars to newly created faculty chairs at Baylor, in creating new Ph.D. programs that raised Baylor's academic profile, and in creating the Baylor Institute for Faith and Learning under Mike Beaty's leadership as a national center where systematic reflection on these efforts could be housed. Most importantly, though, he spoke out at fora across the country making clear what was at stake for Christian higher education in this battle and expressing his clear and confident belief that secularization could be resisted. His ideas, his concrete reforms at Baylor, and the clarity and confidence with which he spoke allowed him to show the rest of us the way.

Don's impact on my own university was profound. He spoke at Notre Dame many times during this period and some of his talks there are now matters of legend. Perhaps his most memorable appearance was on October 30, 1998. Baylor was playing Notre Dame at football for the first time in history on October 31 of that year, Reformation Day. In honor of the occasion a number of us from Notre Dame as well as from Baylor--arranged a one-day conference on the Friday before the game to discuss comparative strategies for dealing with the secularization threat.

Mike Beaty, Larry Lyon and Robert Sloan, along with Don, represented Baylor while Notre Dame was represented by a number of faculty and administrators who had been active in our Conversation on the Catholic Character. The highlight of the day was a late afternoon session in which Don and Notre Dame's Provost, the distinguished Protestant historian of religion and now president of Wake Forest, Nathan Hatch, presented their ideas about how their respective universities were dealing with the crisis. Both presentations were excellent, but there is no doubt whose ideas came across most powerfully. Don advocated strong, preemptive strategies, and surprised the largely Notre Dame audience with his account of what Baylor had already managed to accomplish. Notre Dame's position was more cautious and tended toward accommodationist strategies rather than aggressive and anticipatory ones. There was no doubt at the end of that session which university had taken the leadership role in this great conflict. Notre Dame won the game on Saturday, but Baylor came first on Friday. And Don Schmeltekopf's voice is the one that those present will never forget.

Don's qualities as a leader became clear to all of us in the almost two decades in which he was at the center of these discussions. In a debate that was often rancorous, he always took the high road. He was invariably positive and always looking for ways in which all parties could get at least part of what they wanted. When he lost on some point, he was never bitter. His love of Baylor was evident even to those who disagreed with his ideas about its future course. He was truly a happy warrior and an inspiring one as well.

The final story is yet to be written about the secularization wars in Christian higher education. When it is, however, it is clear that Don Schmeltekopf's name will rank high in the list of those who contributed positively to it. Like many in the debate I learned much from him and am happy to call myself his friend.