The Future of Baptist Education 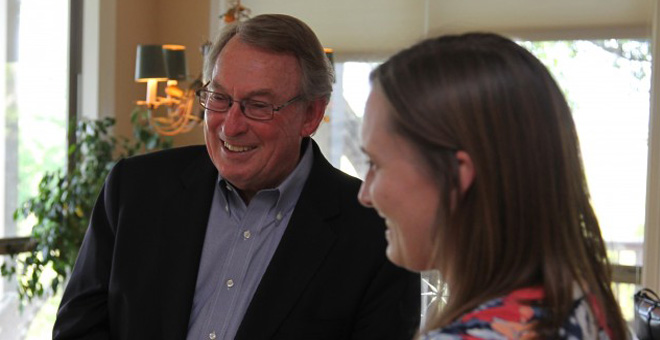 When Donald Schmeltekopf came to Baylor in 1990, the university offered only eight doctoral degrees.

"Not only that, but we didn't have the resources to sufficiently support those." Schmeltekopf says.

To Schmeltekopf it was clear that preserving the Christian tradition at Baptist colleges and universities meant training the next generation of faculty and administrators. It became equally clear that Baylor should take a leadership role in developing future leaders.

In the years that followed, Baylor nearly tripled the number of doctoral offerings, and Baylor now provides more than one hundred graduate degree options. But, developing a world-class graduate university required more than good intentions.

While Baylor Graduate School continues to grow, other programs have developed to support Baylor's integration of faith and learning at the doctoral level. One of these is the Baptist Colleges and University's Schlolars Program (BCU Scholars). Working closely with the 51 member institutions of the International Association of Baptist Colleges and Universities (IABCU), Baylor promotes a legacy of Baptist higher education by encouraging schools to identify and support potential students for doctoral study at Baylor.

The BCU Scholars Program creates a feeder system for potential doctoral candidates at historically Baptist schools. Students come to Baylor for their advanced degrees where their commitments to faith and learning are nurtured. BCU scholars receive additional stipends and tuition remission, making graduate education more affordable. As students graduate, they return to IABCU schools as faculty.

Additionally, Schmeltekopf developed the Seminar on Academic Leadership in Baptist Universities, held every year in May at Baylor. To date, more than 200 participants have gone through the five-day seminar since its founding in 2007.

To Stan Poole, Vice President for Academic Affairs at Ouachita Baptist University, the seminars have been invaluable.

"For many years Dr. Schmeltekopf and his wife, Judy, have graciously offered their support and friendship to many, nurturing a sense of community among scholars and university leaders throughout the Baptist family," says Poole.

"Because of the Seminar on Academic Leadership in Baptist Universities," Poole adds, "Faculty and administrators are developing a renewed vision for Christian higher education and honing their leadership skills to help make that vision a reality in Baptist institutions of all sizes, types, and geographical locations."

Today, the Donald and Judy Schmeltekopf Fellowship offers additional training for BCU Scholars. Each year a candidate is selected to learn more about higher education administration through a year-long mentorship similar to Schmeltekopf's faculty sessions on faith and learning that began in the 1990's.

You can contribute to the continued success of Baptist higher education through your donation to the Donald and Judy Schmeltekopf Fellowship program. Donations are tax-deductible, and all funds go directly toward student support.