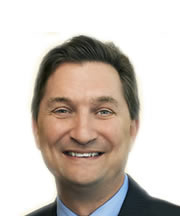 Trent Voigt is Chief Executive Officer of JetPay Payment Services. The division of JetPay Corporation began as a privately held company which was founded in 1999 by Trent. Trent is our industry leader - focusing his computer engineering background on seeking out new opportunities for growth and expansion while maintaining JetPay's standing as a payments technology leader.

Trent is well-known in the payments industry as an innovator and entrepreneur with decades of experience leading payments-related companies. Besides founding JetPay, he held positions as CEO and President of Triumphant Enterprises Inc., an innovative third-party processor begun in 1990. He also served as Executive Vice President of Vectrix and Director of Engineering for National Business Systems. Early in his career he held several other computer engineering positions, working his way up to a senior level before beginning his entrepreneurial career.

He earned a bachelor of science in computer engineering from Baylor University.