Baylor Athletics Leans into Efforts to Prepare Champions for Life 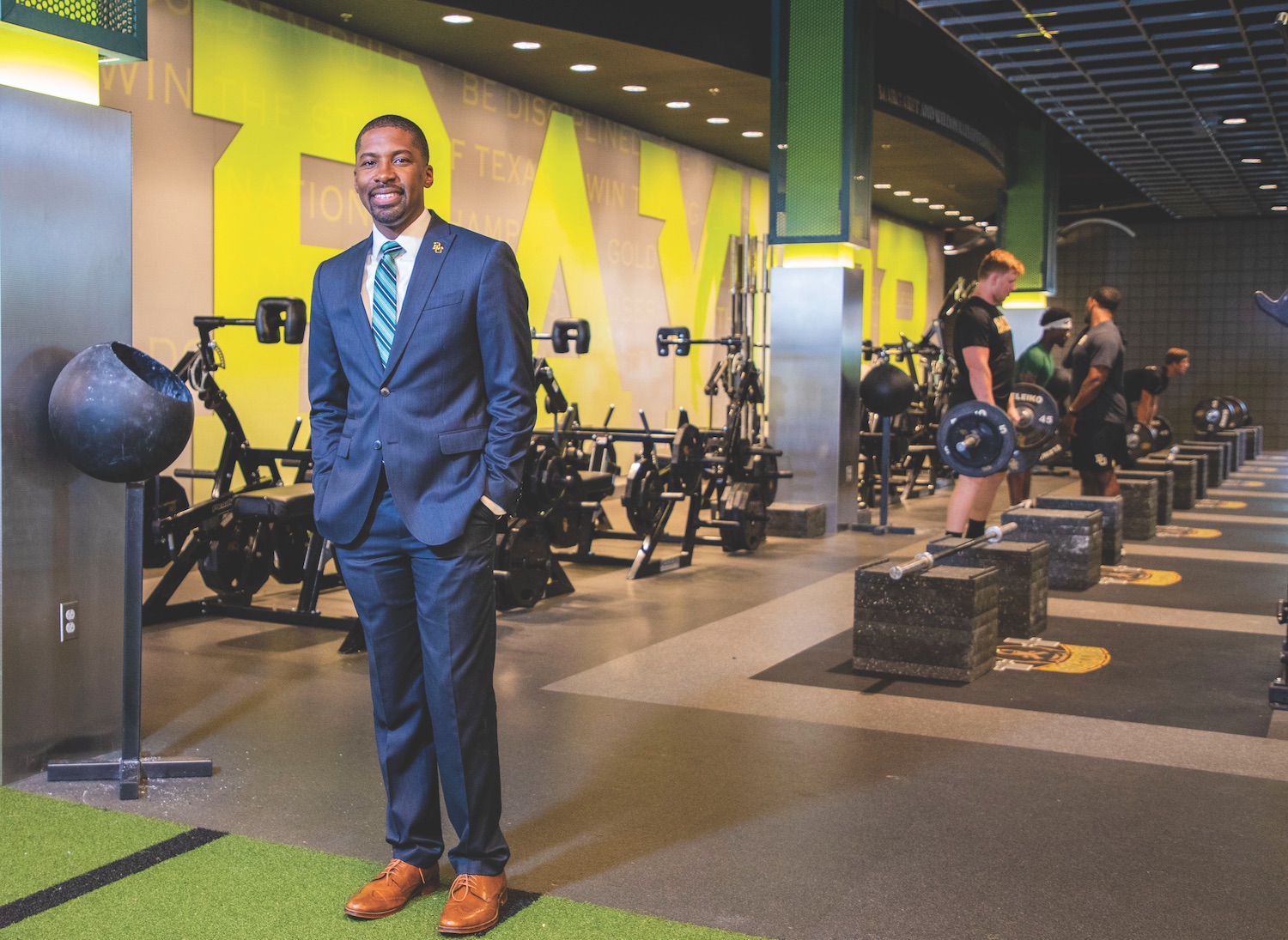 In Division 1 college athletics, catchy phrases and mottos crop up each year. Each conference has a tagline, and every institution, every department, every sport has a mantra to which they either attach great meaning or reveal their identity. For Baylor Athletics, Preparing Champions for Life is more than just an aspirational phrase — it’s a call to action.

“I think it’s easy to put a tagline on any organization, any department, and Preparing Champions for Life certainly could be just that, but we’ve embraced it as a mission,” Senior Associate Athletic Director for Student-Athlete Success Marcus Sedberry says.

That mission is the vision of Vice President and Director of Intercollegiate Athletics Mack B. Rhoades, IV, who charged Sedberry with creating and implementing a strategic and intentional program — executing that Preparing Champions for Life motto — aimed at building character and preparing student-athletes for life outside of athletics.

“Baylor Built is unlike any other program in the country in that it serves to develop the student-athlete in all aspects of life holistically, and thus prepares them for life far beyond their time at Baylor,” said Rhoades. “The Baylor Built program is truly special, and we aspire to be leaders in this space. This program enables us to uniquely impact lives in a way that matters and in a way that will benefit our student-athletes both now and for years to come.”

The Baylor Built program began with its first cohort of students in Fall 2018 after a year of planning that included student-athlete and coach interviews to determine what they saw as needs.

The program, representing a collaborative effort between departments across campus and the Baylor Student-Athlete Center for Excellence, adds a new component to the experiences of Baylor’s more than 500 student-athletes. Programming focuses on five areas, all of which are grounded in Christian principles — Career Development, Leadership Development, Personal Skills, Social Responsibility and Community Engagement.

“I think that we’re really reaping the benefits of this because it’s not only Baylor Athletics that cares,” said Junior Track and Field All-American Aaliyah Miller about Baylor Built. “They bring in people from on campus that I actually work with in the Baylor business school, and they come in and help mentor us and talk to us about what to do when we’re having job interviews. It’s not only Baylor Athletics, it’s like Baylor as a whole coming to help us too.”

Miller, a Marketing major from McKinney, Texas, says the Baylor Built program helped her discover how the leadership skills she has developed as a team captain and the discipline she has cultivated can successfully translate into her professional life. The program also opened her eyes to the supportive network of the Baylor Family, as she has witnessed business-leading alumni volunteer their time to speak in Baylor Built lectures and seminars.

Providing such intensive, intentional programming is costly. In all, minus personnel expenditures, the cost of running Baylor Built is about $200,000 annually. Baylor Athletics has set a goal of raising $5 million in endowment support to cover the added annual expense and secure programmatic funding for future generations.

“We have a short window to best prepare our student-athletes for what lies ahead after Baylor,” said Women’s Soccer Head Coach Paul Jobson. “The Baylor Built program is maximizing this opportunity to heights I have never seen before, and our student-athletes will now have another advantage over other college graduates.”

The Baylor Family is contributing to those advantages. In the last two years, alumni, former student-athletes, parents and fans have stepped forward to support this program, providing $65,951 in gifts and pledges for current support and more than $1.9 million in gifts and pledges toward endowment to sustain the program.

“By supporting Baylor Built, they are changing, impacting and influencing the lives of future leaders of our world,” Sedberry said. “It’s giving us the resources to be able to do Baylor’s part in impacting the world.”

Junior Track hurdler and relay runner Jayson Baldridge said he is grateful for the support of the Baylor Family, although he is not surprised that “Baylor people” would come forward to support. It’s just part of our culture, he says.

“Hearing that there are people out there — families, alumni that are helping us by trying to build up [endowment] so we can keep Baylor Built going, it means a lot, because it’s part of the reason why I came to Baylor,” Baldridge, who is from Houston and majoring in Communications, said. “Baylor Built has taught me how to be a leader.”

An Impact Beyond Sports

For non-athlete students, many of the job skills training, money management classes and mentoring opportunities are available through the many on-campus offices and departments at Baylor. But for student-athletes, most of those non-coursework resources fall during practice or they conflict with the demands of tape reviews and team meetings. Baylor Built is Athletics’ solution to make clear to student-athletes that Baylor values their development and is committed to ensuring they have equal access and support in those critical areas.

“Oftentimes when we think about elite-level athletes, many of them have only been told that they were good or only been shown value around their sport from the age of five to 22,” Sedberry said. “And so there’s an identity there that’s warped in some regard, and there are some life skills that are underdeveloped. We want them to leave Baylor and feel like they’re ready — that they have a confidence in who they are, who God created them to be, and how they can take all those pieces to show up in the world.

“We want them to look back on their time here at Baylor and say, ‘Whether I scored many goals or points or I warmed the bench, I know for a fact that Baylor cared about me and poured into me.’ If they can walk out and say that, then I feel like we’ve done our job.”