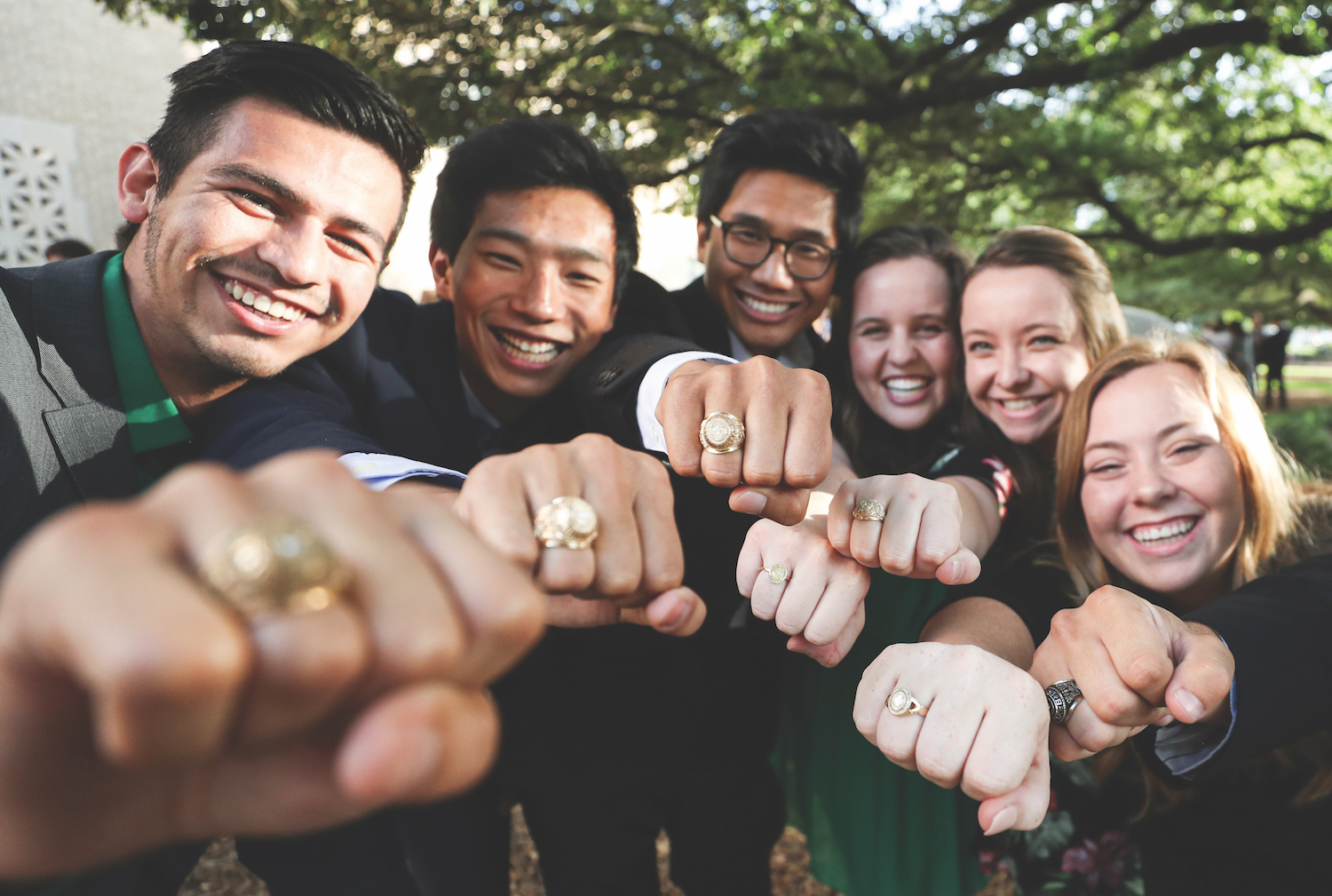 For each family who gives, there is a different motivation — they have a special story behind the gift of a legacy that will quite literally change the lives of generations of Baylor alumni.

At Baylor, those stories share a common thread: the commitment to Christian higher education. Though for most, that’s where the similarities end, each one is a story worth telling. For Shawn and Lauren Golden, it’s a story of family.

“We want to support other people in their desire to obtain a higher education that’s Christian-based and fundamentally based and doctrinally sound,” said Shawn Golden, J.D. ’03, of San Antonio. “And those are the main reasons that we established scholarships in the names of our children, to show them, by example, what’s important to us.”

In 2017, Shawn and Lauren Prince Golden (BBA ’00, JD ’03) established three endowed scholarships at Baylor in honor of their three children, Madison, McKinley and Monroe. They have used those scholarships to bring awareness to their children of the needs of others.

“Lauren and I have talked to [the children] and told them that we have established these scholarships to give other students an opportunity to subsidize their education, especially those that maybe need some monetary help to do that,” Shawn said.

Baylor holds special meaning for Shawn and Lauren. They met at Baylor Law School; Shawn came to Baylor from Pepperdine University, and Lauren stayed at Baylor after receiving her undergraduate degree from the Hankamer School of Business. While Shawn was new to the University, Lauren is part of a rich family tradition — her father, Danny Prince, graduated from Baylor in 1973.

“My father-in-law set a standard. He went to Baylor of course, and then all four of his children went there, and one of my brothers-in-law went there as well,” Shawn said. “We definitely have a family connection to the school, and it’s important, obviously, to keep passing that torch along, keep the legacy alive.”

Shawn who serves as chief legal officer and Lauren who serves as chief operations officer, both for Paramount Healthcare, began building their legacy at Baylor in 2011 when they established the Shawn and Lauren Golden Endowed Scholarship in Law. The family has enjoyed receiving letters from their scholarship recipients, and they have used the stories to show their children how such philanthropy can help others “achieve what they want to achieve.”

When they decided to create scholarships in honor of Madison, McKinley and Monroe, Shawn and Lauren chose to create scholarship funds that would support students who reflect the things they held important as a family, as well as character strengths of their children like leadership and spirits of service.

Furthering a Legacy of Support

For Shawn, the concept of paying it forward hits close to home. During his years at Baylor Law School, he was the recipient of the Edwin P. and Arden Horner Endowed Law School Scholarship.

Ed Horner was a Baylor Law School faculty member for 50 years. He was a legendary professor who cared for his students and supported them in word and in deed. His scholarship created a legacy of support that has benefited generations of alumni, including Shawn.

Now, the Golden Family is inspiring that next generation through their scholarships and their personal stories of giving.