Playing with a Vision 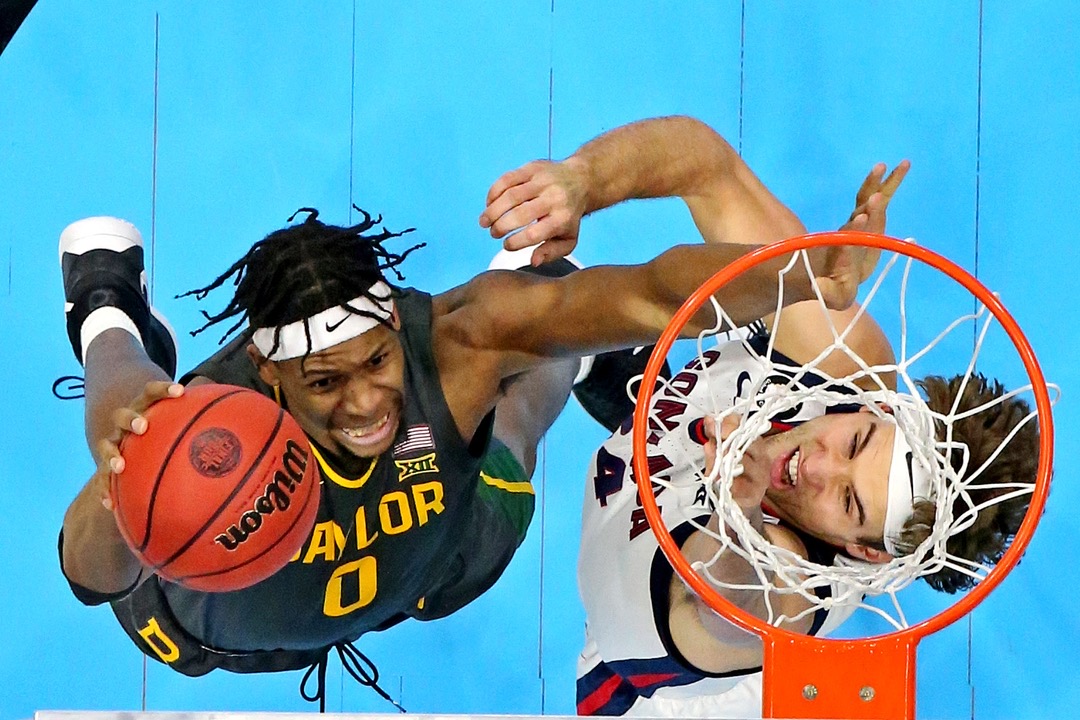 Most fans know Flo Thamba – or at least, they know him as a 6'10" forward on the Baylor University Men’s Basketball team, hoisting the National Championship trophy as confetti rained down in Indianapolis in 2021.

But, Flo cannot be summed up in one shining moment. He cannot be defined by just one thing. He is a graduate student, working toward his master’s degree in communications. He is the son of incredibly proud parents who flew across the world to watch him walk the stage at graduation. He is talented, intelligent and quiet. He has big dreams.

“At the end of the day, it’s bigger than me,” Flo says. “The reason why is because I’ve had the opportunity to be in the position I’m in. A lot of kids from back home have never had that opportunity. So I just want to take full advantage of that.”

There are more than 500 student-athletes who represent Baylor University and are supported by Baylor Athletics’ scholarship endowment. Just like Flo, each student-athletes is a person more complex, with different goals and hopes, than what is distilled in their stat line.

Flo graduated in December, waiting to walk in the Spring 2022 Commencement ceremonies so that his family could make the trip. Flo could have left Baylor then and taken his shot at professional basketball, but he instead decided to hold off, taking advantage of an additional year of eligibility provided by the NCAA during the COVID-19 pandemic to play one last year for the Baylor Bears – and pursue his master’s degree in organizational communication.

He is preparing for a long-term goal.

“My nonprofit is going to be based back home, where there had always been issues with access to electricity and access to clean drinking water,” Flo said, speaking of his home in Kinshasa, Democratic Republic of the Congo. “The neighborhood where I grew up, in that location access to water was very low. Underneath the ground, there is a lot of water. It’s just that there was no infrastructure to actually reach it. So, my nonprofit is going to create wells in desert areas in Africa that don’t have access to drinking water.”

He speaks calmly, quietly, confidently about his classes. He had originally planned on a different area of study, but a faculty mentor encouraged him toward his current degree plan. It would offer him greater opportunities to learn how to build his nonprofit from the ground up – and how to properly run it, navigating the politics and intricacies inherent in an international effort such as his.

“Opportunity” is a word he references frequently. When asked about how scholarships have played a role in his Baylor journey, Flo chuckles.

“My parents and I always joke about the Baylor tuition, and how if we had to pay this, I would not be here,” he says. “The opportunity to come to Baylor and be on scholarship – and just to have the ability to not just earn one degree, but to earn two degrees and be completely debt free and start life without having a penny to pay – that’s an opportunity that I have got to use full advantage of.”

There are many ways to describe Flo Thamba in his time at Baylor: National Champion, son, friend, student, teammate, mentor, scholarship recipient.

An “amazing adventure,” as he calls it. A Baylor journey made possible by scholarship endowment.