1 In those days a decree went out from Emperor Augustus that all the world should be registered. 2 This was the first registration and was taken while Quirinius was governor of Syria. 3 All went to their own towns to be registered. 4 Joseph also went from the town of Nazareth in Galilee to Judea, to the city of David called Bethlehem, because he was descended from the house and family of David. 5 He went to be registered with Mary, to whom he was engaged and who was expecting a child. 6 While they were there, the time came for her to deliver her child. 7 And she gave birth to her firstborn son and wrapped him in bands of cloth, and laid him in a manger, because there was no place for them in the inn. 8 In that region there were shepherds living in the fields, keeping watch over their flock by night. 9 Then an angel of the Lord stood before them, and the glory of the Lord shone around them, and they were terrified. 10 But the angel said to them, "Do not be afraid; for see - I am bringing you good news of great joy for all the people: 11 to you is born this day in the city of David a Savior, who is the Messiah, the Lord. 12 This will be a sign for you: you will find a child wrapped in bands of cloth and lying in a manger." 13 And suddenly there was with the angel a multitude of the heavenly host, praising God and saying, 14 "Glory to God in the highest heaven, and on earth peace among those whom he favors!" 15 When the angels had left them and gone into heaven, the shepherds said to one another, "Let us go now to Bethlehem and see this thing that has taken place, which the Lord has made known to us." 16 So they went with haste and found Mary and Joseph, and the child lying in the manger. 17 When they saw this, they made known what had been told them about this child; 18 and all who heard it were amazed at what the shepherds told them. 19 But Mary treasured all these words and pondered them in her heart. 20 The shepherds returned, glorifying and praising God for all they had heard and seen, as it had been told them.

If I Were a Shepherd

Luke skillfully incorporates any number of characters into his rightly famous nativity story. Furthermore, Luke’s account of Jesus’ birth, with which many who read this are intimately familiar, may be profitably read from a variety of vantagepoints. It is arguably a group of Bethlehem shepherds, however, who feature in the Lukan nativity.

Having economically and ironically narrated the birth of Jesus in a barn, Luke leads us to nearby fields where shepherds were living and were watching over their flocks at night (2:4-8). If these simple shepherds were sleepy as they worked the night-shift, they were soon stirred, indeed stunned, as an angelic messenger appears to them in radiant glory, declares to them the good news regarding the birth of a Savior, and instructs them how they might recognize this newborn babe (2:9-12). As glory gives way to glory, a heavenly chorus declares gloria in excelsis Deo (2:13-14).

As the angels return to heaven, the shepherds turn to one another saying, “Let us go to Bethlehem and see this thing that has happened, which the Lord has told us about” (2:15). Having found that which they were told they would find, they spread abroad the word regarding the Word made flesh, and all who heard the good news were as amazed as they (2:16-18). While Mary pondered such matters, the shepherds returned to their fields “glorifying and praising God for all the things they had heard and seen, which were just as they had been told” (2:19-20).

Even as Luke highlights and elevates lowly shepherds in his telling of the birth of a lofty Lord made low, a contemporary carol entitled “Where Shepherds Lately Knelt” (written by Jaroslav J. Vajda) considers Jesus’ nativity from the perspective of the shepherds. Please reflect upon these lyrics, allowing them to wash over you, as Advent gives way to Christmas. 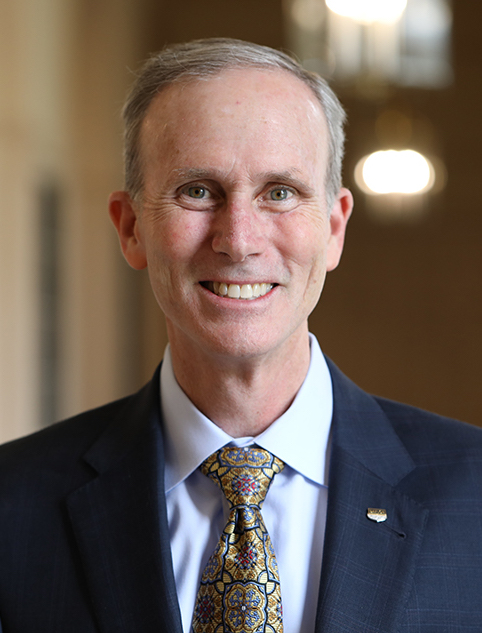 Dr. Still is the author of Conflict in Thessalonica and the co-author of Thinking Through Paul. He has also written three commentaries (on Philippians, Colossians, and Philemon respectively), and some fifty articles that have appeared in such venues as New Testament Studies, Journal of Biblical Literature, and Catholic Biblical Quarterly. He has also edited or co-edited ten volumes (including the award-winning Lightfoot Legacy Set) and has made over one hundred academic presentations. Presently, he is under contract to write a guide to the Thessalonian Letters (T&T Clark), a reading of 1-2 Corinthians (SPCK), and a companion to Pauline interpretation (T&T Clark). In addition to his administrative and academic work, Dr. Still is committed to and involved in local churches across Texas.