12 For now we see in a mirror, dimly, but then we will see face to face. Now I know only in part; then I will know fully, even as I have been fully known.

Mirrors are, in some ways, strange objects. We rely on them to accurately represent ourselves so we might know whether our hair is out of place or how our clothes look on us. We trust the mirror to show us what is clear to others but otherwise hidden from ourselves. We also know of, and even rely on, the deception of mirrors. They are used to create the illusion of a larger room and, of course, sometimes objects in them may be closer than they appear.

In Paul’s time, the distortion from mirrors was much more apparent. Instead of silvered glass, ancient mirrors were mere polished metal, like bronze, that offered images of far less clarity than we are accustomed to now. Whether ancient or modern, though, Paul’s likening of human understanding to gazing at a mirror (δι’ ἐσόπτρου) is apt. The mirror offers only an image, a reflection of reality, and always an incomplete one at that. Even the most perfectly polished mirror cannot reflect the whole of any object, only the side that faces it.

Though Paul indicates that our knowledge in general is partial, he seems to draw attention toward self-knowledge. After all, whether one is from the first century or the twenty-first century, the object people most often see in a mirror is themselves. And like a mirror that shows us only the side we put in front of it, when we conceive of ourselves, we cannot grasp the entirety of who we are, but only what we present to our mind’s eye. Do we see our own talents without gazing upon our flaws? Do we focus on our pain while we ignore our blessings? Do we latch on to a single role that we play?

It is easy to be overwhelmed by all that we experience. Our lives are a kaleidoscopic array of emotions and relationships, successes and failures, joys and sorrows from which we fashion an image by which we define ourselves, and yet that self-image must by necessity—to a greater or lesser degree—be incomplete. This is a troubling thought. We will know fully in the future, but what are we to do in the present? Even in this circumstance Paul gives us great hope: “now I know in part; then I shall know fully, even as I am fully known.” Paul makes clear that we are known completely in the here and now by God.

We all have roles we play and identities we have constructed: parent, child, sibling, colleague, student, friend. The list goes on. What would happen if we saw ourselves first and foremost as children of God and ordered our lives first in service to Him? What if that identity took primacy, governing our perception of the world and our relationships with others? We would be entrusting ourselves to the One who truly knows us and loves us. That, I think, is the hope for the present that Paul offers. 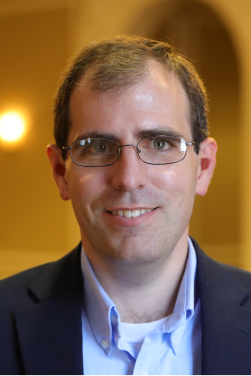 Jeffrey M. Hunt, Ph.D., is a senior lecturer in Classics and the director of the University Scholars Program in the Honors College. A scholar of Hellenistic poetry and Philo of Alexandria, Dr. Hunt has gained a strong reputation as a teacher among his peers, known for his mentoring and his focus on character formation in his students. Dr. Hunt has interests in Hellenistic poetry, the Greek novel, and Roman Elegy. He has written on Theocritus’ Idylls and is currently working on a study of Hellenistic approaches to genre.

The University Scholars Program is one of four academic initiatives within the Honors College aimed at cultivating a broad base of knowledge and skills across the arts and sciences, and it is one of the most selective undergraduate majors at Baylor, representing approximately two percent of Baylor’s incoming class.