Learn More About Our Honorees 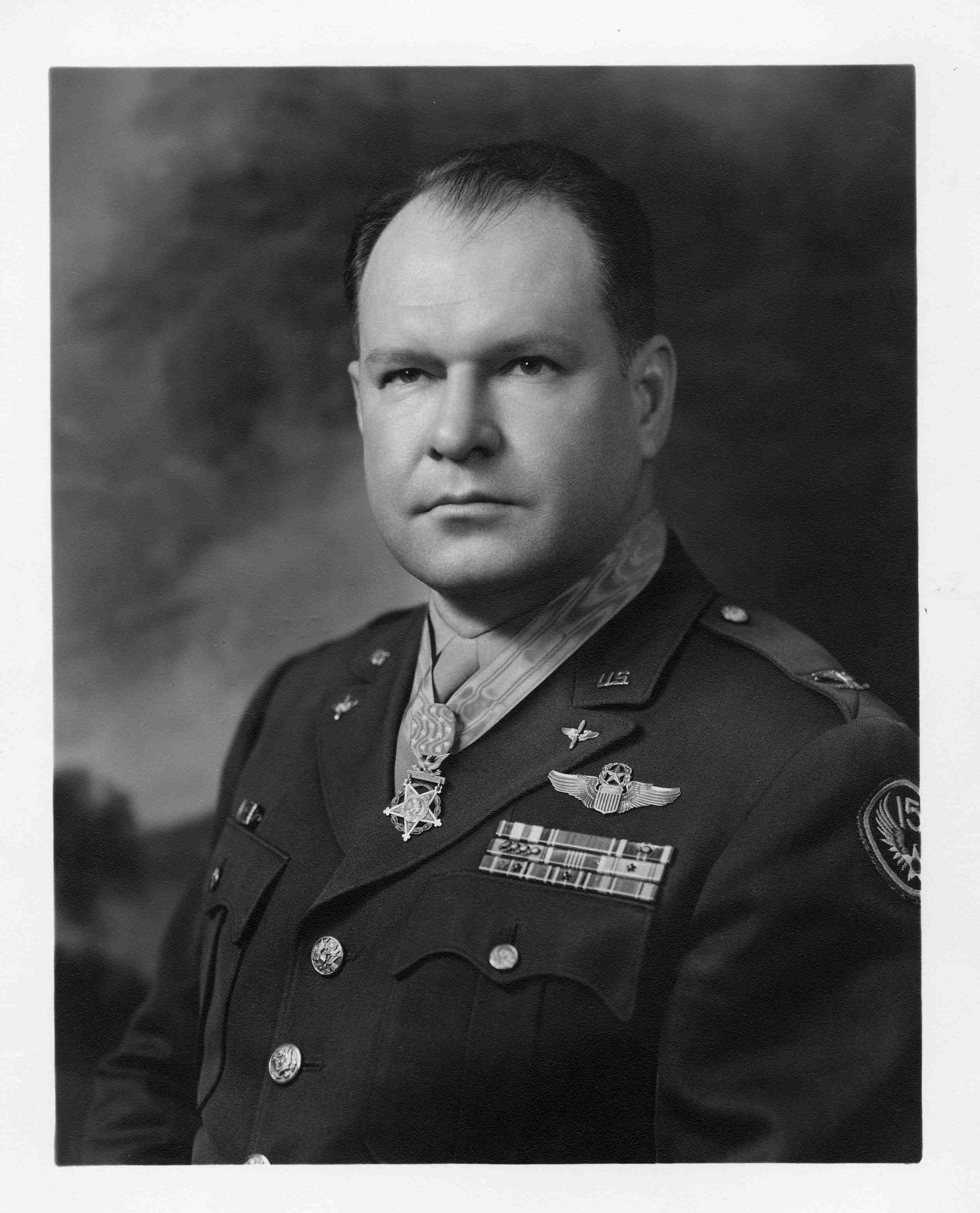 John Riley Kane came to Baylor University in 1924 as a football and basketball student-athlete. The son of a Baptist minister, Kane came to Baylor from Missouri, having previously lived in Texas and Louisiana to follow his father’s church assignments. Kane started at Baylor with the intent to become a medical doctor, ultimately graduating in 1928 with his bachelor’s degree. During his time at Baylor, Kane played on the Baylor Bears Football team. Kane survived the 1927 bus crash in Round Rock, Texas, that killed many of his teammates on the basketball team, as well as others, in what would later become known as the “Immortal Ten” tragedy.

After two years of medical school, Kane decided to change course and join the military in 1931, receiving his commission and his wings in 1932 from the U.S. Army Air Corps. By 1942, a 35-year-old Kane was a major and part of the 98th Bombardment Group, 9th Air Force, known as the “Pyramiders”, flying missions in Africa. It was here that he earned the nickname among his men and their axis adversaries, ‘Killer Kane”, as he flew 43 combat missions. He had earned a reputation as a fearsome pilot when, on August 1, 1943, Colonel Kane led his bombers in a mission known as Operation Tidal Wave to bomb the Ploesti oil refineries in Romania.

Heavily fortified and deep in the Romanian mountains, the refineries around Ploesti, Romania, that supplied the Nazis with 35% of their petroleum supplies represented a major challenge to the allied forces. Clouds hampered the low-level, long-range air raid, and although Kane’s element became separated from the others, he led a successful attack against a prepared Nazi defense in a grueling 2,400-mile round trip mission. By the time his bomber, “Hail Columbia”, turned back, he had lost an engine and been struck more than 20 times by anti-aircraft artillery. He circled the bomb site until all of his squad was clear of the fight, a decision that burned up his fuel and caused him to crash-land in Cyprus before reaching his home base in North Africa.

For his “conspicuous gallantry in action and intrepidity at the risk of life above the call of duty,” Kane was awarded the Medal of Honor nine days later in 1943. Four others were also awarded the medal, making the raid the most highly-decorated single engagement in the nation’s history at the time. After the war, Kane continued to serve in the military until 1954. He later retired to a farm in Logan County, Arkansas until 1987 when he moved to Pennsylvania to be closer to his son, John Franklin Kane II. Kane died in 1996 and was buried at Arlington National Cemetery in Virginia. 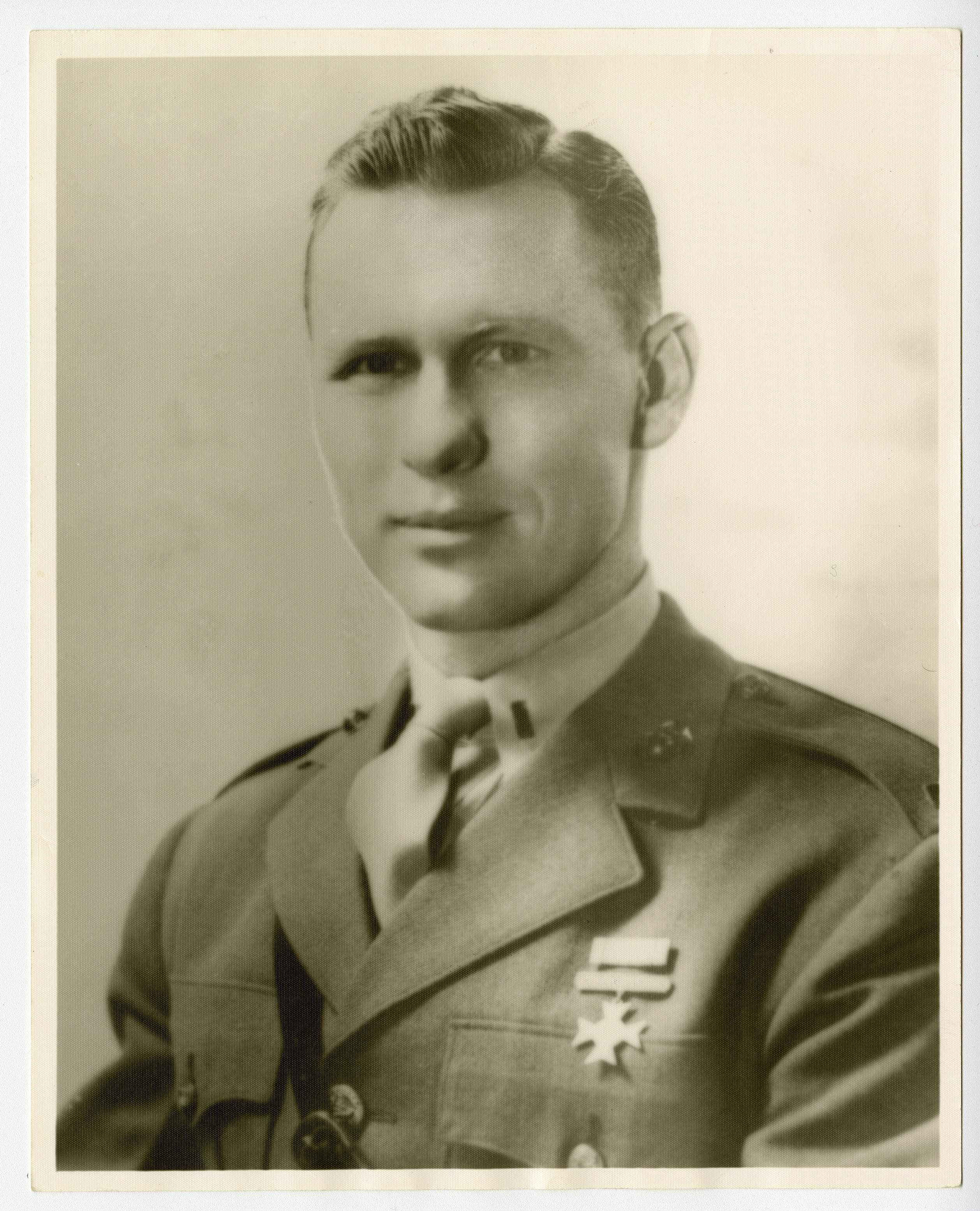 Andrew Jackson “Jack” Lummus, Jr., came to Baylor in 1937 after receiving a scholarship offer to play football, basketball and baseball for the Baylor Bears. During his three years at Baylor, he was recognized as an All-Southwest Conference defensive end and as a three-time All-SWC center fielder, with reports from that time calling him the best center fielder the Bears ever had.

Before his senior year at Baylor, Lummus signed a minor league baseball contract with the Wichita State Spudders and a uniform player’s contract with the New York Giants. He left Baylor during his senior year without explanation, although many thought it was influenced by the ongoing war in Europe. After leaving school, he played 26 games at right and center field with the Spudders. Lummus then played in nine games as a rookie defensive end for the Giants, ultimately seeing his team lose in the 1941 NFL Championship.

Just over a month after the Japanese attack on Pearl Harbor, Lummus enlisted with in the U. S. Marine Corps. On March 8, 1945, First Lt. Jack Lummus led his rifle platoon in a daring charge on Japanese fortifications on the island of Iwo Jima. He ignored grenade blasts and a shoulder injury to knock out three enemy strongholds that were preventing his platoon from reaching its objective. After this show of bravery, he was mortally injured when he stepped on a land mine. Despite the loss of both his legs, he continued to shout directions to his men, pushing them to keep going until he was carried off the battlefield.

Lummus succumbed to his injuries later that day and was posthumously awarded the Medal of Honor. His citation proclaimed his “outstanding valor, skilled tactics and tenacious perseverance in the face of overwhelming odds … He gallantly gave his life in service of his country.” 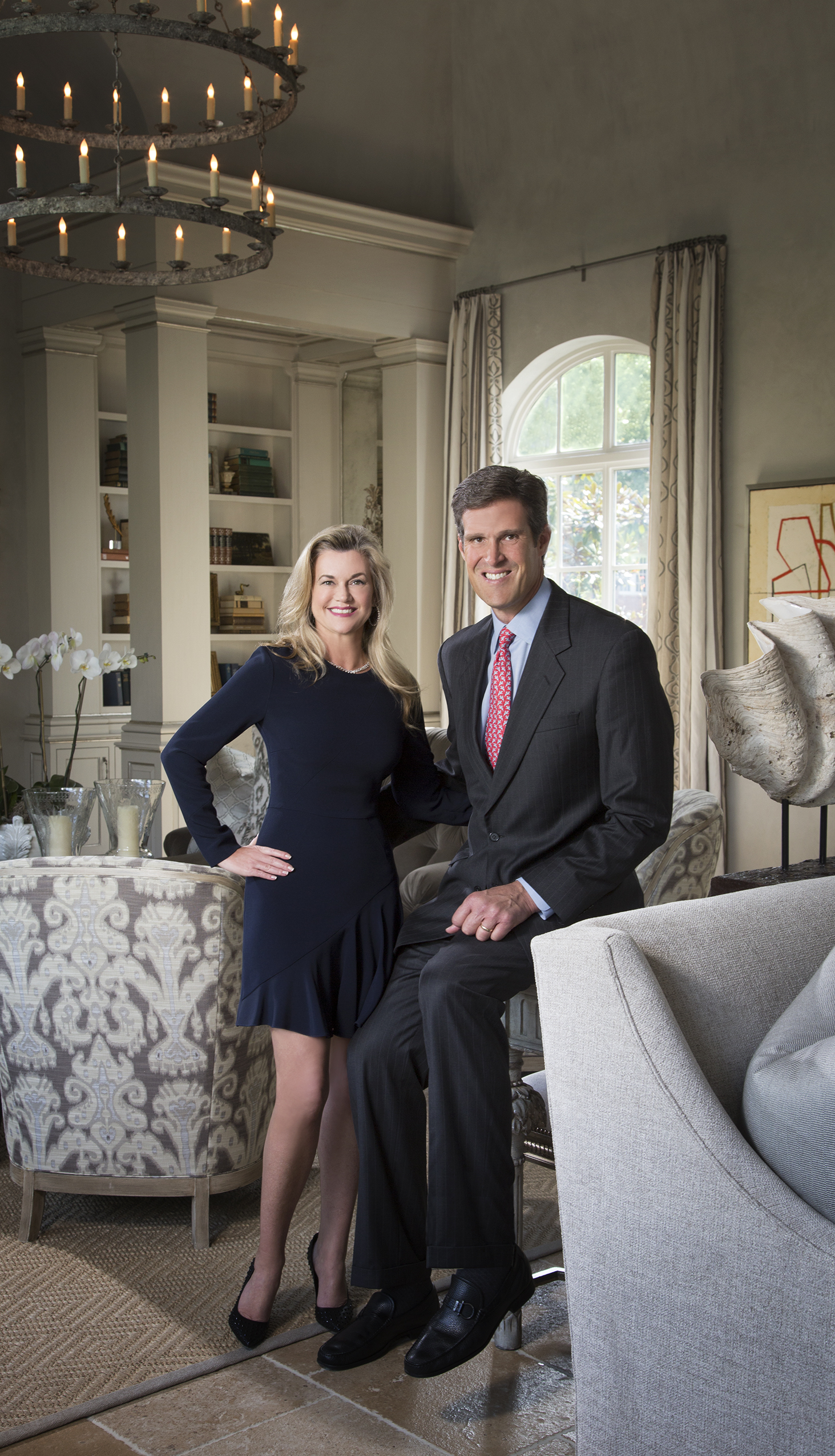 Haag Sherman, a Waco native, is the CEO, co-founder and principal stockholder of Tectonic Financial, Inc., a bank and financial services holding company. He is also co-owner with Robert Sherman (a Baylor graduate and football letterman) of Bigfoot Energy Services, LLC. Previously, Mr. Sherman co-founded and served as CEO of Salient Partners, LP, an investment firm with $17.5 billion in assets. Mr. Sherman serves as a director of Hilltop Holdings, Inc. (NYSE: HTH) and CBIZ, Inc. (NYSE: CBZ) and as Executive Chairman of Episcopal High School of Houston. Mr. Sherman previously practiced corporate law at Akin, Gump, Strauss, Hauer & Feld, LLP and as an accountant at Price Waterhouse. Mr. Sherman holds a US patent in financial services software and authored Shattering Orthodoxies, a book on economic, monetary and foreign policy. Mr. Sherman holds a BBA, cum laude, from Baylor University (1988) and a JD, with honors, from the University of Texas (1992).

Mrs. Sherman is an active community volunteer who has invested significantly of her time in all levels of education and children’s health. A graduate of the University of Texas at Austin, Mrs. Sherman came to the Baylor Family through her husband’s love for his alma mater. In her community, Mrs. Sherman volunteers extensively with her children’s schools, as well as serving on the board of directors for Houston’s March of Dimes, the Children’s Museum of Houston, St. Luke’s Episcopal Hospital’s Friends of Nursing and the Crohn’s and Colitis Foundation. Together, Mr. and Mrs. Sherman have two teenage daughters, Carson and Julia.