Baylor University proudly boasts a pair of American heroes. John R. Kane (BA '28) and Jack Lummus ('41) are believed to be the only duo of collegiate letterwinners at any university in the nation to be awarded the Medal of Honor, the United States' highest award for military valor in action. Creating a lasting legacy on Baylor's campus, Haag (BBA '88) and Millette Sherman of Houston provided funding and leadership for the design and sculpting of statues honoring these men. 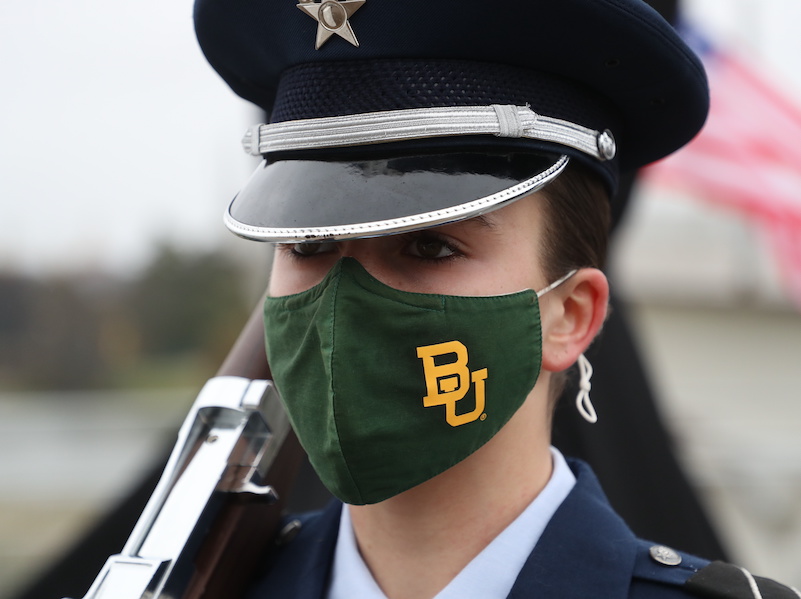 Event Video
Bronze statues bearing John Kane and Jack Lummus's likenesses were unveiled during a November 2020 ceremony on the grounds of McLane Stadium. 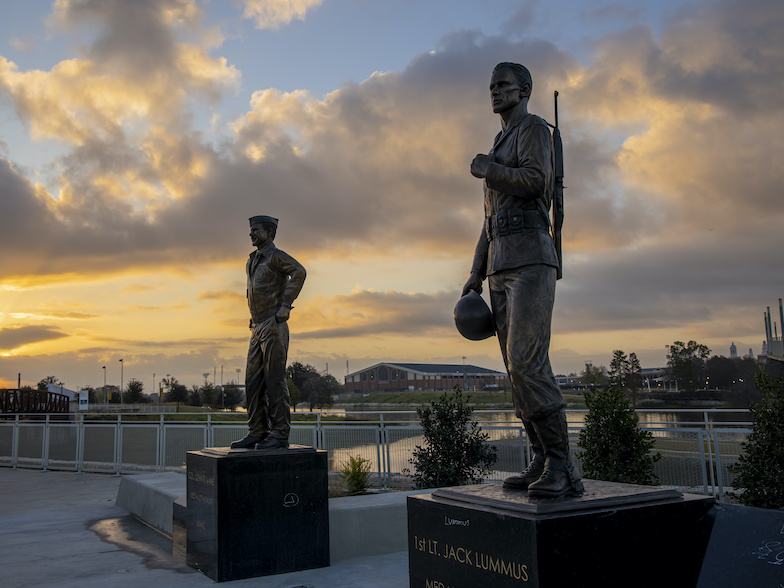 Photo Gallery
The statues serve as a reminder of the lives Lummus and Kane lived at Baylor University, and as a tribute to the heroism they were compelled to display during World War II. 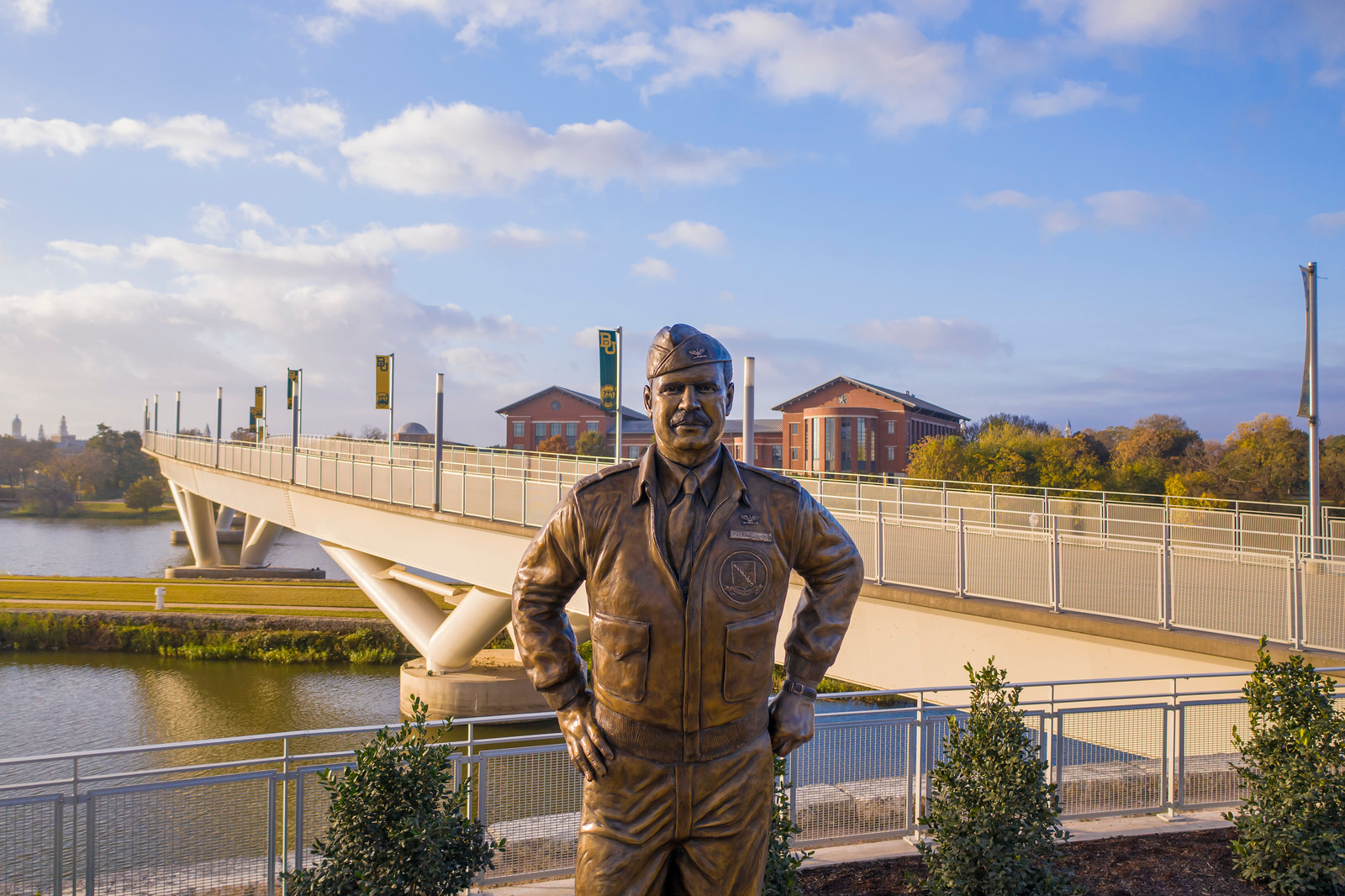 About our Honorees
The men received honors for heroism during World War II – one as a pilot in the European Theatre, and the other for his ultimate sacrifice in the Pacific Theatre. 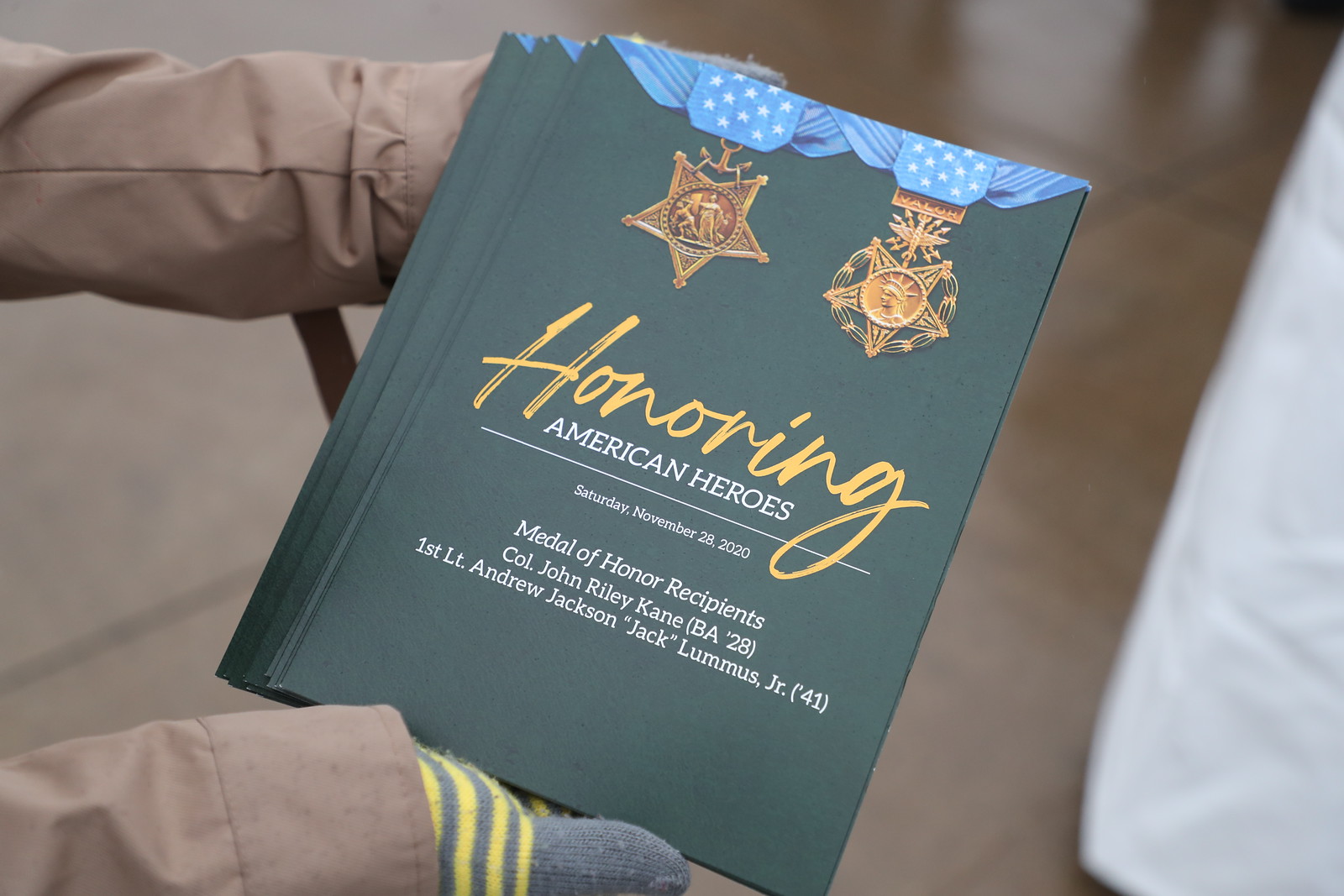 Press Release
The statues, which showcase Lummus and Kane in their military uniforms, are the work of Baylor alumnus Dan Brook, a Native American artist based in Dallas, Texas.