On August 25, 2021, Baylor University celebrated the reopening of Tidwell Bible Building after a renovation and preservation saw its 57,000 square feet of classrooms and faculty offices dramatically expanded and enhanced as part of the Give Light Campaign’s capital improvements.

Made possible through lead gifts from the Sunderland Foundation of Overland Park, Kansas, and the late Barbara “Babs” Nell Baugh, of San Antonio, and The Eula Mae and John Baugh Foundation, the renovation of Tidwell represented a critical overhaul of classroom and faculty office space for the university. The newly-renovated building now serves as the permanent home for faculty from the departments of history, sociology and religion. Tidwell will continue a rich tradition of serving the majority of the University’s population through technology-enabled classrooms, graduate seminar rooms, conference rooms and a dedicated graduate student lounge.

Originally opened in 1954, Tidwell was named after Rev. Josiah Blake Tidwell, who taught religion for 36 years and served as chair of Baylor's Department of Religion in the early 1900s.

During its more than 60 years as part of the core of Baylor's campus, Tidwell Bible Building served tens of thousands of Baylor students who have completed religion, philosophy, history, sociology, nursing, modern foreign language, and sacred music classes in its classrooms. 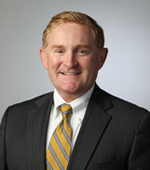 To learn more about opportunities to give to initiatives such as the Tidwell Bible Building, contact Give Light Campaign Director Toby Barnett.

WACO, Texas (Feb. 3, 2022) – Baylor University today announced a significant milestone as gifts and pledges to the Give Light Campaign have surpassed the initial goal of $1.1 billion, marking the campaign as the largest and most successful fundraising effort in the University’s 177-year history.
Baylor University Celebrates Newly Renovated Tidwell Bible Building

WACO, Texas (Aug. 25, 2021) – During a ceremonial ribbon cutting, Baylor University today celebrated the opening of the newly-renovated Tidwell Bible Building, one of many historic buildings that make up the core of the University’s campus.
Baylor Regents Celebrate Groundbreaking of the Mark and Paula Hurd Welcome Center, Approve Final Phase of $21.2 Million Renovation of Tidwell Bible Building

WACO, Texas (May 17, 2019) – At its regular spring meeting, the Baylor University Board of Regents celebrated the historic $100 million gift for Baylor’s $1.1 billion Give Light comprehensive philanthropic campaign that undergirds Illuminate, the University’s strategic plan, and impacts every aspect of campus while also bolstering financial support for students and the priorities of Baylor’s 12 schools and colleges.
Baylor Announces $15 Million Gift from The Sunderland Foundation for Tidwell Restoration

WACO, Texas (April 25, 2019) – Baylor University today announced a $15 million leadership gift from The Sunderland Foundation of Overland Park, Kansas, that will provide significant support for one of the University’s highest priority endeavors within its $1.1 billion Give Light philanthropic campaign: the renovation and restoration of the iconic Tidwell Bible Building. The project is among the nearly $300 million in capital improvements planned as part of the campaign that will support Illuminate, the University’s academic strategic plan.
Give Light projects: Tidwell Bible Building renovation
Practically every Baylor student over the past 60+ years has taken at least one class in Tidwell Bible Building, home today to the university’s religion and history departments. When Baylor announced last fall the launch of “Give Light” — a $1.1 billion fundraising campaign to support the university’s strategic plan, Illuminate — a top-to-bottom renovation of …