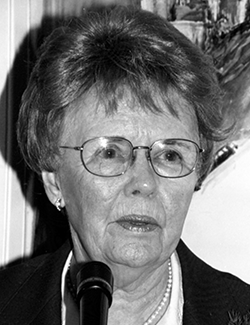 Ollie Mae Allison Moen was born in 1910 to Elbie Isle Hancock and William Patrick Allison in Osage, Texas. Her family moved to Waco in 1927, and in 1928, she met her future husband, George Moen. The pair married on May 26, 1934, and had their first son, George James Moen, on November 9, 1938. When George James, called Jim, began first grade at Provident Heights School, Ollie Mae promptly joined the Parent-Teacher Association (PTA). Involvement with this organization sparked her interest in education and exposed her to the field of museum work. Her second son, Al Moen, was born on May 31, 1951. Moen began taking courses at the Institute of Texan Cultures in San Antonio and began attending meetings of the Texas Museum Association, of which she was an early member.

Ollie Mae Moen had a passion for adapting museums for children. As a member of the Waco City Council PTA, she helped the organization open the Youth Cultural Center, which helped foster learning for the children of Waco through programming and educational materials about science, culture, and history, in 1962.

More information about Ollie Mae Moen can be found in the Ollie Mae Moen papers at The Texas Collection and in her oral memoirs in our digital collections.