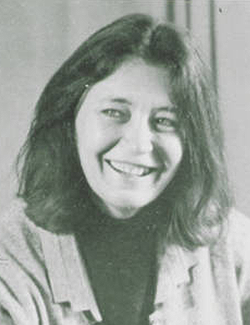 Zoya Krakhmalnikova loved to write. Born in 1929 in Kharkov, Ukraine, Krakhmalnikova grew up reading books and writing stories as often as she could. She attended the Gorky Literature Institute in Moscow from which she earned a degree in 1954. After graduation, Krakhmalnikova began a successful literary career, working for the Soviet Writer publishing house, the Young Guard magazine, the Literary Gazette, and the Union of Journalists of the USSR. She received her graduate degree from the Gorky Institute of World Literature in 1968, and afterward was appointed a senior researcher in the USSR Academy of Science's department of philosophy, where she published numerous articles, books, and translations.

In 1971 everything changed. She and her husband, writer Felix Svetov, converted to Orthodox Christianity, and by 1974 Krakhmalnikova had been dismissed from her post and expelled from the USSR Union of Writers as a result. Soviet authorities attempted to silence Krakhmalnikova by denying her the ability to publish. Their attempt backfired, however, when Krakhmalnikova began to compile and circulate a religious anthology named Hope.

Krakhmalnikova used the words "Christian Reading" to describe the publication. She did not produce the anthology for economic or political purposes but to provide edification to anyone who was spiritually hungry, from the new convert to the lifelong believer. Hope included a wide range of materials—writings from the Church Fathers, essays on the history of Christianity, pastoral reflections, memoirs, poems, stories, and her own voice on contemporary Christian culture in the Soviet Union. Although Hope was created as Samizdat, Krakhmalnikova always signed her name to the publication.

On the night of August 4, 1982, Krakhmalnikova was arrested at her dacha. She was charged with “anti-Soviet agitation and propaganda” and sentenced to one-year imprisonment in the Lefortovo Prison in Moscow followed by five years of internal exile in the Altai region of Siberia. Despite the severity, Krakhmalnikova remained hopeful, finishing her trial testimony with "Rejoice! Do not be upset, for it is all the will of God. Praise God for everything." Her husband joined her in exile in 1986 after his arrest and sentencing.

Under Gorbachev's reforms in 1987, Soviet authorities offered Krakhmalnikova clemency provided she agree to commit no further crimes against the state. She refused to sign the agreement but was released a few months later and allowed to return to Moscow.

After the dissolution of the Soviet Union, Krakhmalnikova continued to write about religion in Russia. She published on Judaism and Orthodoxy, a biography of the religious martyr Mother Maria of Paris (Maria Skobtsova), a memoir of her experiences in prison, and a novel titled Church Bells. The book, like her life's story, testified to the power of hope. In it she marvels at the possibility of Christian joy in the midst of suffering: "Captivity, captives, a captive country and its captive bells. These are the words that the bells now sing, yet why is there still joy?" Krakhmalnikova died on April 17, 2008 after having lived a life filled with joy.

More information about Zoya Krakhmalnikova can be found in the Keston Center for Religion, Politics, and Society.