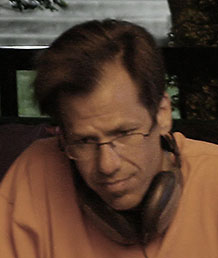 Brian Elliott is an award-winning Producer-Director-Writer who has worked in a variety of media related fields including independent feature films, documentaries, live television, commercials, music videos and corporate videos. Over the years, his projects have taken him to 11 different countries on 4 different continents. Most recently, Brian served as the Producer on the film festival comedy hit, The Proper Care & Feeding of an American Messiah, winner of multiple awards and recently released on DVD by Reel Indies/Mill Creek Entertainment.

As a Producer, Brian is currently in post-production on his next independent feature film project called Endings. This drama, written and directed by award-winning filmmaker Chris Hansen, is about three people converging on the eve of their own demise and how they form a unique bond that ultimately changes all of their lives. It explores love, sacrifice and the true nature of family.

In addition, Brian serves as a Senior Lecturer and Director of Interns in the Film & Digital Media Department at Baylor University, teaching primarily production and screenwriting courses. He is also the Founder and President of the Graceworks Foundation and in 2008 he was named to the Board of Directors of Shadowlands Media. Brian is married to Susan Elliott and has two sons, Tim and Ben.