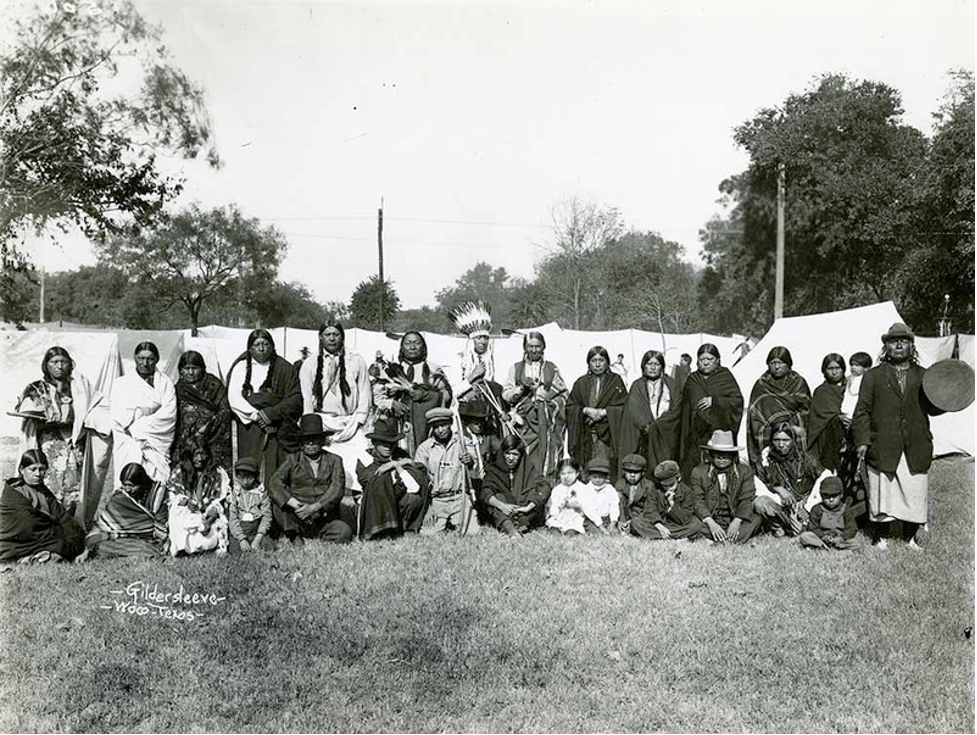 Photo courtesy of the Texas Collection

This November join us in celebrating Native American Heritage Month and the vast contributions made by this community of people towards the advancement of our country. President George H. W. Bush first declared the month of November as National American Indian Heritage Month, now referred to as Native American Heritage Month, in 1990. This bill honoring America’s indigenous people is a landmark in history, serving as a significant step in acknowledging the complex history and society that has shaped North America.

This history extends to the City of Waco whose namesake derived from the Hueco Indians that were first mentioned in recorded history by Spanish settlers in 1772. A band of the Wichita tribe, the Hueco Indians settled in villages along the Brazos River, surviving by harvesting crops and hunting deer or buffalo on the plains. As more white settlers began arriving in their territory in the early 19th century, tensions began to stir. With the increase in settlers encroaching along the Brazos River, the tribe was forced to move father away from their original village. Although it is uncertain whether it was caused by continuous raids or a smallpox epidemic, it is known that the permanent Hueco Indian village located near what is considered today as downtown Waco no longer existed after 1830.

Referred to as “Wichita” by the U.S. government, the tribe signed several treaties throughout the 19th century. These treaties originally moved the tribe to the Brazos Indian Reservation in North Texas, before breaking up the reservation territory into individual plots. Today, the Hueco Indians are located in Oklahoma. In 2014, several leaders from their community visited Waco for the correction and rededication of the historical marker of the Hueco Indian Village. This visit marked the start to building a better relationship with the people who gave the city its name.

This year, in collaboration with Baylor’s Department of History and the Texas Collection, the Mayborn Museum will be hosting the Native American Heritage Speaker Series. This series of lectures from Native scholars, archaeologists, and museum leaders will highlight Native artifacts in the museum and provide insight into the Native American Graves Protection Act (NAGPRA). Visit baylor.edu/mayborn for more information about the series.

To learn more about the Hueco, visit wacohistory.org/items/show/46.
Are you looking for more News?
All NewsArchives