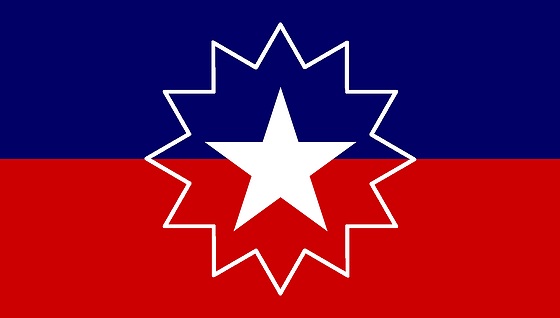 Every year on June 19, the nation comes together to commemorate the Juneteenth holiday. Juneteenth celebrates African-American freedom and achievement while promoting ongoing self-improvement, community building, and respect for all people. Today, you can find people celebrating Juneteenth throughout the country and internationally. However, the origins of the holiday will forever be Texan.

On January 1 1863, President Lincoln signed into effect the Emancipation Proclamation freeing all enslaved persons within areas of the Confederate states that had been liberated by Union troops. Unfortunately, news of freedom did not reach Texas shores until two and a half years later on June 19, 1865, where Major. Gen. Gordon Granger issued the following order:

"The people of Texas are informed that, in accordance with a proclamation from the Executive of the United States, all slaves are free. This involves an absolute equality of personal rights and rights of property between former masters and slaves, and the connection heretofore existing between them becomes that between employer and hired labor. The freedmen are advised to remain quietly at their present homes and work for wages. They are informed that they will not be allowed to collect at military posts and that they will not be supported in idleness either there or elsewhere." --General Orders, Number 3; Headquarters District of Texas, Galveston, June 19, 1865

Sadly, the general's orders did not immediately result in Texas's 250,000 enslaved people knowing of their freedom as many plantation owners postponed the sharing of this news until the arrival of a Union officer, or after harvest time.

In the following years, we saw a nationwide debate on identifying the best date to celebrate emancipation. However, here in Texas, Juneteenth remained the favored date of commemoration. June 19 would serve as an occasion for gathering family members, celebrating freedom, and educating rising generations on the values of self-improvement and the advancement of African-American communities.

In 1979 Texas became the first state to make Juneteenth an official holiday, with 47 other states and the District of Columbia following suit to date.

Juneteenth celebrations vary based on the community you're in and have been known to consist of the readings of the Emancipation Proclamation, religious ceremonies, BBQ, as well as the incorporation of new games and traditions, from sporting events to air shows.

Here in Waco, Juneteenth celebrations have been led by the Cen-Tex African-American Chamber of Commerce and the Waco NAACP. Past years have consisted of small business vendor fairs, artist showcase, scholarship pageants, and outdoor festivals. 2020 will see the Juneteenth parade continuing to march on down Historic Elm Avenue this Saturday June 20th beginning at 10 am with other opportunities to build community and celebrate freedom planning to be held virtually.
For more information. On this years Juneteenth celebration please contact the Cen-Tex African American Chamber of Commerce at (254) 235-3204 or via email at info@centexchamber.com.
Are you looking for more News?
All NewsArchives