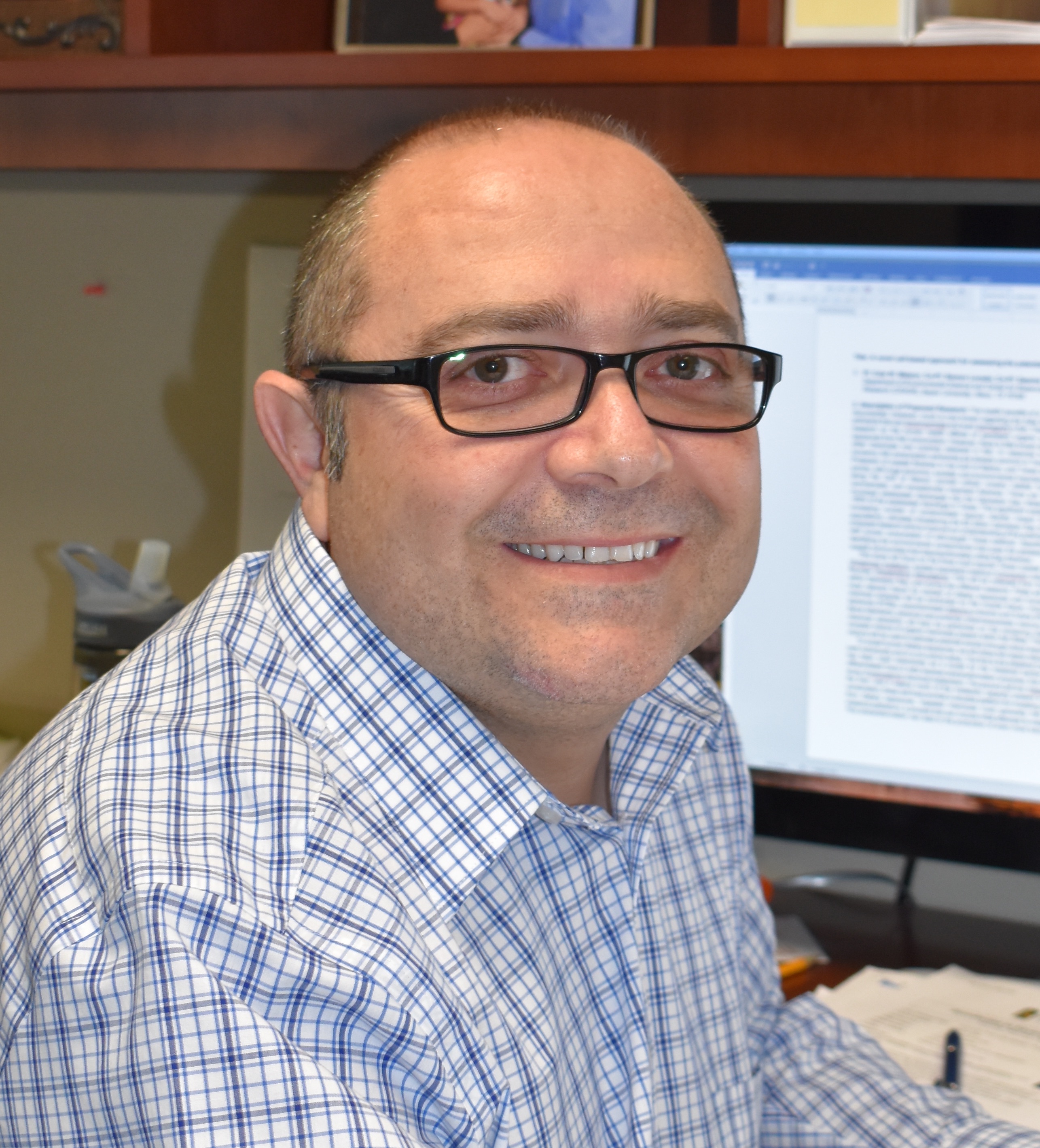 Areas of ongoing research includes 1) the development of new in vitro bioassays to detect endocrine disruptor compounds in the environment; 2) evaluation of mechanistical responses of cytochrome P450 -one of the most important enzyme systems involved in biological activation or detoxification of chemical compounds; 3) evaluation of possible biotransformation enzymes for their use as biomarkers in vertebrates and invertebrates and 4) the study of interactions between multiple stressors and its effect in the biotransformation of pollutants.

The Lavado Lab Research Group (Here is the link to our Lab page: www.lavadolab.com).

Ongoing Projects in the Lab

Identifying spatially-explicit profiles of endocrine disruption activity during low flows in East Canyon Creek (Park City, Utah).  The main objective of this research is to develop an understanding of the presence of endocrine disruptors and associated biological responses downstream of the wastewater treatment plant discharge to East Canyon Creek (Park City, Utah), including an estimation of effects to aquatic life. We will specifically accomplish these goals by using a weight of evidence (analytical chemistry, in vitro responses, in vivo responses).

The evaluation of Gulf killifish (Fundulus grandis) metabolism from populations resistant to industrial pollution (PAHs, PCBs, etc.) from the Houston Ship Channel, Texas.  Recent studies in Gulf killifish from the Houston Ship Channel (HSC) have suggested that populations exposed to industrial pollution have developed resistance to dioxin-like compounds. However, limited information exists on the mechanisms of resistance expressed by these fish. We aim to combine field- and laboratory-based studies to mechanistically examine xenobiotic metabolism, and the biochemical factors that may be responsible for such resistance. This project will provide further knowledge into the biochemical pathways that may be important in regulating metabolism of industrial pollutants in both reference and pollution-resistant populations.

Use of novel cell-based metabolomics approach for assessing potential toxicity of seafood.  There has been significant research on the human health effects of persistent organic pollutants from fish consumption. However, there is little known about the risks of many other chemicals now routinely detected in fish. The proposed research will identify mechanisms of toxicity associated with fish and seafood consumption. This will facilitate the identification of contaminants driving biological responses, and ultimately form altered regulation and remediation necessary to protect humans. Fish and seafood species are collected from the Texas coast, and chemical analyses are being conducted on them. To model human dietary exposures, we are using two human cell lines (derived from intestine and liver) in a co-culture setup. Following exposures, cells are screened for a variety of toxicologically-relevant biochemical responses, including the metabolomic analysis of 40 small molecules (amino acids, biogenic amines, sugars) and more than 360 lipids.

The use of metabolomics in assessing biochemical modifications in patients with Peripheral Arterial Disease (PAD).  Individuals with peripheral arterial disease (PAD) have a nearly two-fold increased risk of all-cause and cardiovascular disease mortality compared to those without PAD. Previous studies have determined that metabolomic profiling can help to identify patients with PAD who are at increased risk of near-term mortality. Based on that, we use metabolomics and histological approach to identify early warning biomarkers in the development of PAD.

In vitro evaluations of harmful algal blooms in fish: elucidating the toxicity and mechanisms of action of different algal toxins.  Microalgal blooms are a natural part of the seasonal cycle of photosynthetic organisms in aquatic ecosystems. However, some can cause harm to humans and other organisms mainly through their consequences to coastal ecosystem services (fisheries, tourism, and recreation). Investigations on harmful algal blooms (HABs) have described direct detrimental health effects on fish, many other aquatic organisms and humans. In this project, we evaluate the toxicity and mechanisms of action of algal toxins in fish through the use of established cell lines from fish gills and liver. These studies aim to highlight the way such toxins impact fish and aquatic environments and could serve as the basis for extrapolation to in vivo testing and ecological risk assessment.