Slavery and the Gothic 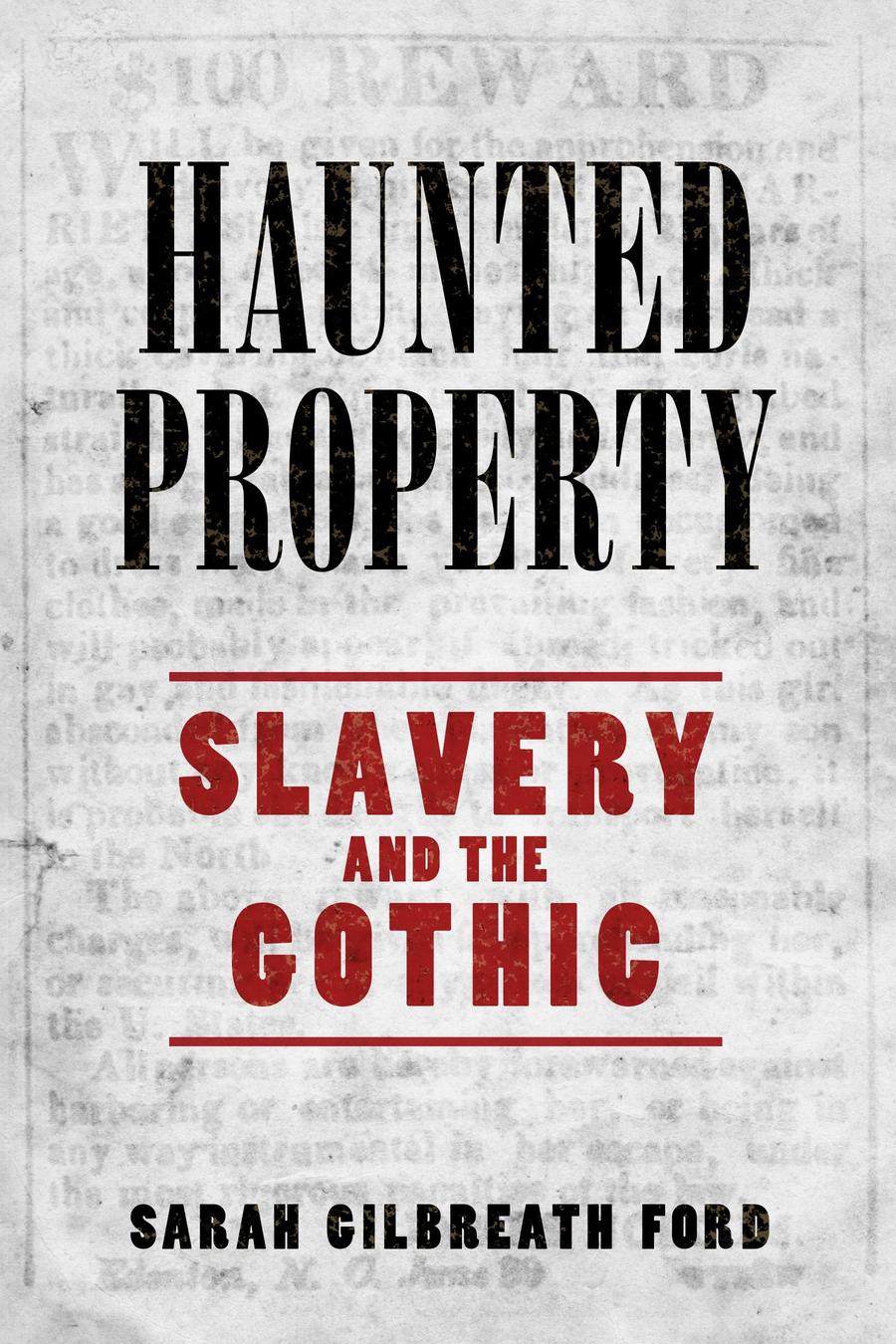 At the heart of America’s slave system was the legal definition of people as property. While property ownership is a cornerstone of the American dream, the status of enslaved people supplies a contrasting American nightmare. Sarah Gilbreath Ford considers how writers in works from nineteenth-century slave narratives to twenty-first-century poetry employ gothic tools, such as ghosts and haunted houses, to portray the horrors of this nightmare. Haunted Property: Slavery and the Gothic thus reimagines the southern gothic, which has too often been simply equated with the macabre or grotesque and then dismissed as regional.

Although literary critics have argued that the American gothic is driven by the nation’s history of racial injustice, what is missing in this critical conversation is the key role of property. Ford argues that out of all of slavery’s perils, the definition of people as property is the central impetus for haunting because it allows the perpetration of all other terrors. Property becomes the engine for the white accumulation of wealth and power fueled by the destruction of black personhood.

"This fascinating, timely book examines the intersection of southern Gothic American literature and the American slave system. When humans are treated as property in the same way real estate, land, or buildings are a new genre emerges. The simple combination of romance and horror in gothic literature becomes darker and more complex when property is human. Ford (English, Baylor Univ. ) advances the theory of how literary treatment of people as property humanizes tropes of nightmare, madness, terror, darkness, and haunting. "

"Haunted Property: Slavery and the Gothic offers a wholly persuasive argument for slavery’s impact on American letters and history and its peculiar twinning as nightmare to American dreams of property and self-ownership. In the present moment, when old racial demons and anxieties seem to be resurrected across the country and when Confederate statues and memorials are increasingly denounced as racial provocations, Ford’s project has the great potential of clarifying and deepening current political debates on confronting and exorcising lingering ghosts of slavery. "