The Evil Twins of American Television 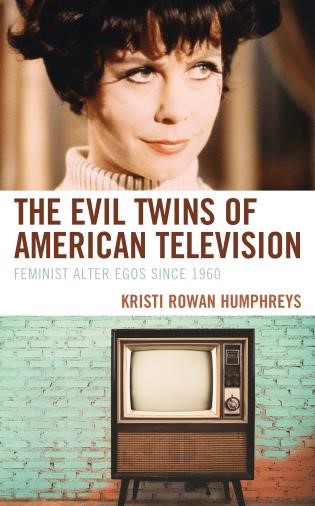 The Evil Twins of American Television examines evil-twin depictions in over fifty years of television, comparing male twins to female twins and male-writer depictions to female-writer depictions. Kristi Rowan Humphreys evaluates The Patty Duke Show, Bewitched, Gilligan’s Island, I Dream of Jeannie, and The Brady Bunch, among other television programs that use the twinning trope to explore themes of feminism and identity.

Employing traits identified by Betty Friedan in The Feminine Mystique as belonging to the “evil” side of her “schizophrenic split” theory, Humphreys analyzes the ways in which these alter ego characters embody the desire for a separate self and independence through loose inhibitions, career interests, political interests, intellectual prowess, and assertiveness.

This book then compares female-written twin episodes to male-written twin episodes, finding that when “evil twin” episodes are written by women writers, the twins are presented less as oppositional binaries and more as compatible, often symbiotic binaries. Thus, the women writers of these shows offer a compelling response to Friedan’s text, one that acknowledges and underscores the many complexities of women—the image of which cannot in reality be so easily split into two oppositional binaries. Humphreys then connects 1960s depictions to more current evil-twin examples, including those in Friends, Knight Rider, and Sabrina the Teenage Witch.