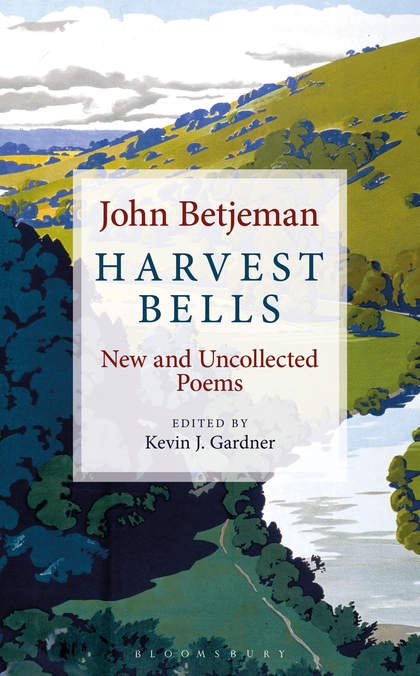 John Betjeman (1906-1984), the former poet laureate, remains one of Britain's foremost and much-loved writers whose poetry has passed into the collective memory as an affectionate and witty monument to twentieth century British life. In this new edition of collected unpublished verse, Gardner promises more treasures for Betjeman enthusiasts the world over. Harvest Bells contains poems never before published as well as uncollected poems previously printed only in newspapers, magazines, broadsides and obscure books.

Betjeman wrote many of these poems in the late 1920s and early 1930s, when he was still developing his unique poetic voice. They reveal a young poet experimenting with both Modernism and post-Romanticism. Some of these are profoundly psychological and personal, and they are deeply affecting to read today. Here can be seen the clear and surprising influence of, among other poets, Percy Shelley and Robert Browning. In these poems we can also witness the development of Betjeman's characteristic interests and themes: suburbia, desire, faith, and death. Some have the delicate and eccentric touch of much of his early poetry and shed new light on his growth as a young poet, while many others reflect the sustained maturity of his later verse. Most are typically amusing and highly witty in the manner of a large amount of Betjeman's work; some are darker in tone. These charming new discoveries, found as far apart as Waco, Texas and Christ Church College, Oxford will delight lifelong readers as well as introducing a whole new generation to Betjeman's unforgettable work.

“Kevin J Gardner has dug up 80 or so lost or neglected poems from the archives, which show the full range of Betjeman's oeuvre over half a century" — The Sunday Times

“The Betjeman music, but satire, fear and dissonance are its vivid companions” — Peter Scupham, poet