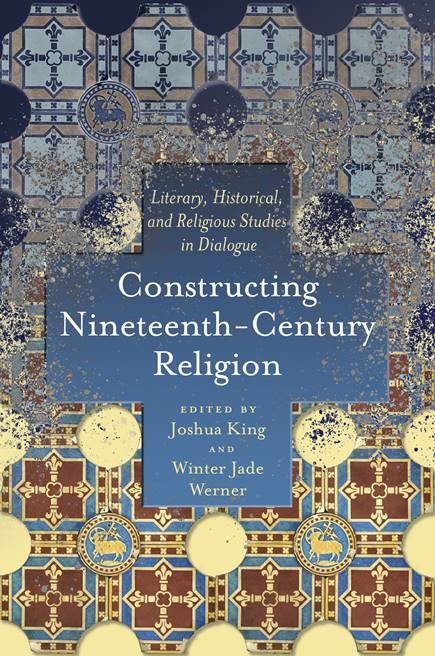 Bringing together scholars from literary, historical, and religious studies, Constructing Nineteenth-Century Religion interrogates the seemingly obvious category of “religion.” This collection argues that any application of religion engages in complex and relatively modern historical processes. In considering the various ways that nineteenth-century religion was constructed, commodified, and practiced, contributors to this volume “speak” to each other, finding interdisciplinary links and resonances across a range of texts and contexts.

The participle in its title—Constructing—acknowledges that any articulation of nineteenth-century religion is never just a work of the past: scholars also actively construct religion as their disciplinary assumptions (and indeed personal and lived investments) shape their research and findings. Constructing Nineteenth­-Century Religion newly analyzes the diverse ways in which religion was debated and deployed in a wide range of nineteenth-­century texts and contexts. While focusing primarily on nineteenth­-century Britain, the collection also contributes to the increasingly transnational and transcultural outlook of postsecular studies, drawing connections between Britain and the United States, continental Europe, and colonial India.

"This volume not only brings together an impressive collection of internationally renowned scholars but also offers ambitious and far-reaching conclusions that reassess what ‘religion’ meant in the nineteenth century."