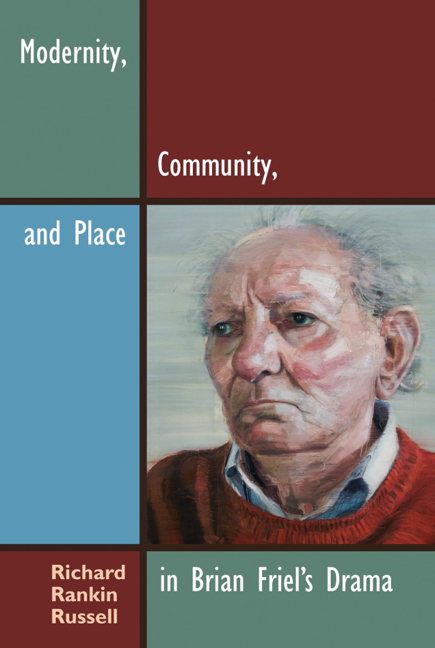 Modernity, Community, and Place in Brian Friel’s Drama shows how the leading Irish playwright explores a series of dynamic physical and intellectual environments, charting the impact of modernity on rural culture and on the imagined communities he strives to create between readers and script, actors and audience. While many critics have noted in passing his affinity for local culture and community, criticism of Friel has largely failed to examine the profound implications of his varying environments—ranging from rural and urban places, to public, built spaces, to the personal spaces of the body and mind—and to integrate that interest with a comprehensive theory of his drama. Drawing on the work of thinkers such as the phenomenologist Edward Casey and the environmental and literary critic Wendell Berry, successive chapters analyze Friel’s five best-known and most critically acclaimed major plays across roughly a quarter-century—Philadelphia, Here I Come!, The Freedom of the City, Faith Healer, Translations, and Dancing at Lughnasa—in the context of his place-centered drama.

"This study is a significant contribution to the current body of work on the influence of place in Irish writing. It treats Friel’s theory of drama through explorations of real and imaginative places and the choice of "harvest time" in which important action occurs."—Choice

"In this book Richard Russell has given us a series of brilliant, close readings of Friel’s most canonical plays. It must be among the most satisfying interpretations these complex works have received to date."—Studies: An Irish Quarterly Review