Housework and Gender in American Television 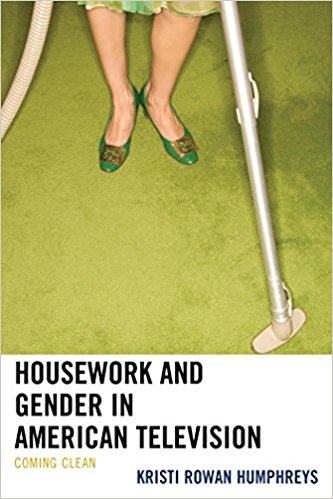 Housework and Gender in American Television: Coming Clean examines representations of housework and their relationships with gender in sixty of the most popular television shows of the 1950s through the 1980s, searching for trends, similarities, inconsistencies, and meaning. Much of the critical scholarship addressing mid-century televised housework claims that domestic activities marginalize female characters, removing them from scenes involving important familial discussions and placing them in devalued positions. This book challenges the notion that housework functions primarily as a mechanism through which female characters are marginalized, devalued, invisible, or passive, and instead proposes a different reading of housework in television, one that brings to the fore the loving, sacrificial, and active qualities so crucial and foundational to housework activity in both representation and reality. These qualities, in turn, attach a strength to female characters, and male characters when applicable, that is often ignored in standard feminist analyses of television. This study reveals roughly twenty trends established in four decades of televised housework, from the housewives of the fifties, to the witches and genies of the sixties, to the elimination of male domestic labor in the seventies, to the dominance of male housekeepers in the eighties.


""Humphreys uses textual analysis and personal experience to examine representations of housework and gender from four decades (1950s–80s) of television programs in the US. Humphreys identifies more than 20 trends across these representations, including how 1950s representations of housework and parenting showed both men and women involved in such tasks whereas 1960s–70s representations were less egalitarian, how 1970s programs (e.g., The Partridge Family) featuring a single female as the head of a household showed her and children doing household tasks yet programs featuring a single male often had a female housekeeper covering the family’s tasks (e.g., Diff’rent Strokes), and how 1980s programs (e.g., Growing Pains) represented women as able to work full-time and maintain responsibility for household tasks. Throughout, Humphreys uses postfeminist principles to describe and critique the matriphobic tendencies of second-wave feminism, espouse the strong and loving characteristics of housework, and reconnect the idea of motherhood with feminist virtues. An accessible, nuanced, and compelling resource for those interested in gender, television history, and popular culture. Summing Up: Essential. All readers."" -- CHOICE