Boke of the Cyte of Ladyes 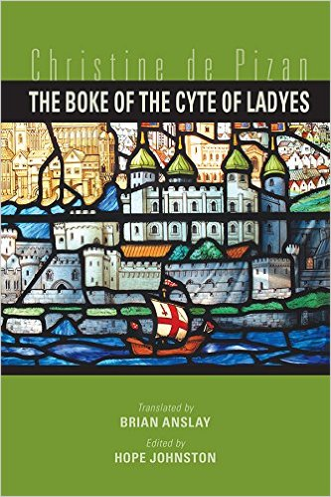 Christine de Pizan attracted an international audience of admirers her during her lifetime, including many readers in England. The Boke of the Cyte of Ladyes (1521) is the earliest English translation of Le Livre de la cité des dames (ca. 1405) and the only version printed in French or English before the twentieth century. Her work stands as an early stronghold against misogynist thinking, with more than one hundred stories about women’s capacity for intelligence and virtue assembled under the auspices of Reason, Rectitude, and Justice to form an allegorical City of Ladies.

Modern readers can now rediscover Christine de Pizan’s landmark defense of women in the French and English of its original readers. This new edition offers rich material for scholars interested in gender studies, history, humanism, and the field of Anglo-French literature. The facing page format lets readers closely compare the fifteenth-century Middle French of its female author with the sixteenth-century English text by a male translator. A critical introduction and scholarly annotations enhance its usefulness as a resource for students and critics.