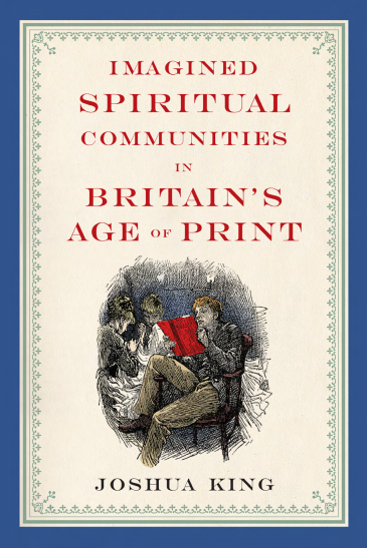 In Imagined Spiritual Communities in Britain’s Age of Print, Joshua King demonstrates how nineteenth-century Britons turned to the printed page to imagine themselves in Christian communities spanning their nation. In contrast with traditional views of the nineteenth century, which regard the period as a turning point for religion from a public life to a privatized decline, Imagined Spiritual Communities argues that the rapid growth of print culture and a voluntary religious market inspired vigorous efforts to form virtual national congregations of readers.

Focusing primarily on the work of Anglicans between the 1820s and 1890s, this study begins by freshly interpreting reading and educational programs promoted by Samuel Taylor Coleridge, Frederick Denison Maurice, and Matthew Arnold. King then traces the emergence of John Keble’s Christian Year as a catalyst for competing visions of a Christian nation united by private reading. He argues that this phenomenon illuminates the structure and reception of best-selling poetic cycles as diverse as Alfred Tennyson’s In Memoriam and Christina Rossetti’s late Verses.  Ultimately, Imagined Spiritual Communities reveals how dreams of print-mediated spiritual communion generated new poetic genres and rhetorical strategies, theories and theologies of media and reading, and ambitious schemes of education and church reform.