Reception and Reputation, Criticism and Controversy, 1851-2015 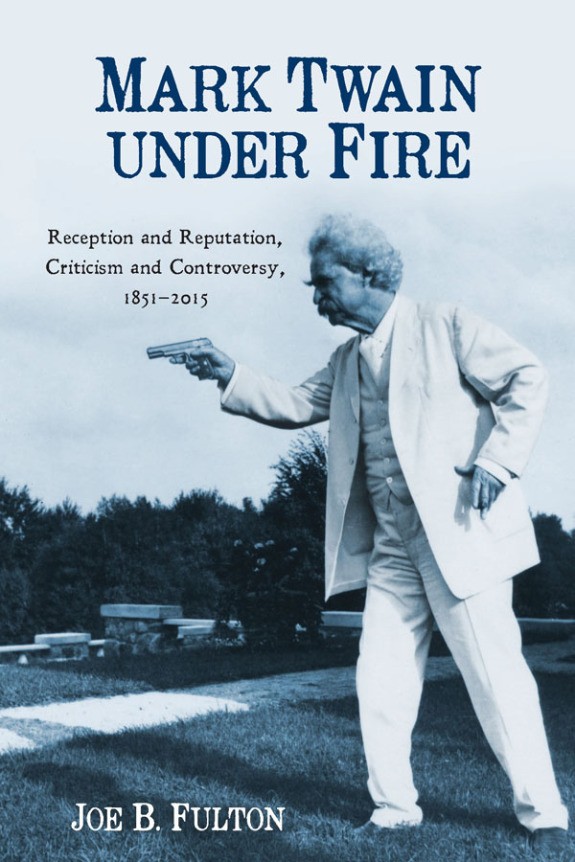 Joe B. Fulton, Professor of English

Threatened by a rival editor brandishing a double-barreled shotgun, young Samuel Clemens had his first taste of literary criticism. Clemens began his long writing career penning satirical articles for his brother's newspaper in Hannibal, Missouri. His humor delighted everyone except his targets, and it would not be the last time his writing provoked threats of "dissection, tomahawking, libel, and getting his head shot off." Clemens adopted the name Mark Twain while living in the Nevada Territory, where his caustic comedy led to angry confrontations, a challenge to a duel, and a subsequent flight. Nursing his wounded ego in California, Twain vowed to develop a reputation that would "stand fire" and in the process became the classic American writer.

Mark Twain under Fire tracks the genesis and evolution of Twain's reputation as a writer: his reception as a humorist, his "return fire" on genteel critics, and the development of academic criticism. As a history of Twain criticism, the book draws on English and foreign-language scholarship. Fulton discusses the forces and ideas that have influenced criticism, revealing how and why Mark Twain has been "under fire" from the advent of his career to the present day, when his masterpiece Huckleberry Finn remains one of America's most frequently banned books.

"Very few will think back to the initial reception of Twain's earliest newspaper writings, where this book begins. Fulton begins with those earliest writings and their reception, and explains how Twain's reputation evolved during his lifetime, and how his reputation continued to evolve as his writings attracted more serious criticism. He digs deep into many of the controversies that have followed ever since, producing a reliable and comprehensive survey of Mark Twain criticism." —Kevin MacDonnell, Mark Twain Forum